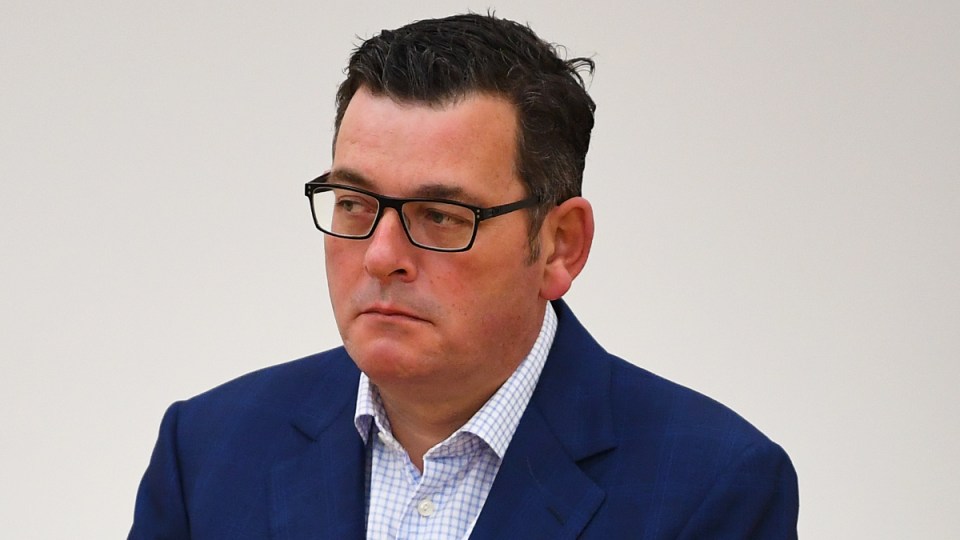 Premier Daniel Andrews said the risk of the virus spreading if lockdown ended remained too high.

Victoria’s lockdown has been extended by a week, after 13 more local coronavirus cases on Tuesday.

The state has 85 active cases in the outbreak that began with infected removalists from NSW – and more than 18,500 close contacts in isolation as a result.

Premier Daniel Andrews said the “strategy is unfolding” as state health authorities would have liked, but they remain concerned about worrying super-spreader events – including at the MCG and AAMI Park.

“We can’t run the risk that there are cases out there that we don’t know about,” he said.

“There are chains of transmission that are not yet contained that we don’t know about and if we would open up we would see how quickly this runs – we see how challenging this can become in a very short space of time. We need to avoid what is going on in Sydney at the moment. We are determined to do that.”

Victoria’s snap lockdown was originally meant to end at midnight Tuesday. But Mr Andrews flagged on Monday that it would be extended after transmission of the virus across the state.

Almost a third of Victoria’s locally-acquired infections can be traced back to a sports fan who attended an AFL match, a Euro 2020 viewing party and the rugby while unknowingly infectious.

Of Tuesday’s cases, 12 have been linked to current outbreaks and one is under investigation. Nine were in isolation throughout their infectious period.

“We want to see more of that – that is a credit to those people,” Mr Andrews said.

Chief health officer Brett Sutton said the four cases who had spent some time in the community while infectious had had their movements curtailed by the statewide lockdown.

“That is a really strong sign … I can’t say yet whether we are ahead of this thing, but I do know that our contact tracers, our health team, public health units, are wrapping their arms and it and it is going in the right direction,” he said.

Of the thousands of close contacts who remain in isolation, about a third are in regional Victoria.

“This outbreak has touched the whole state and that was in a way that the Delta outbreaks didn’t do back if May and June,” he said.

“Much of that is due to the super-spreading event early on in this outbreak that took place in the MCC members’ reserve for the Geelong v Carlton game.

“Those impacts are rippling across the state. For those reasons, each of us is really going to have to double-down the keep our community safe for the next week.”

Victoria also had two cases in hotel quarantine, bringing the total number of infections to 96.

Red zone travel permits, needed to get into Victoria from NSW, will be paused for two weeks.

“The only people that will get a permit to travel from a red zone into Victoria are those who are authorised workers and those who apply for and get a compassionate exemption to the new rules,” Mr Andrews said.

There will also be minor changes to exempted workers to include services that operate solely outdoors where physical distancing can be maintained, such as pet grooming mobile services and pamphlet delivery services.

From Wednesday, July 21, students with disability will be able to return to onsite learning if a parent or carer indicates the student cannot learn from home due to vulnerability or family stress.

A Queensland woman who studies in Melbourne has tested positive for the coronavirus after returning home.

The woman is from Mareeba in far north Queensland, near Cairns.

She’d visited the Young and Jackson Hotel in Melbourne on July 10 before flying to  Maroochydore on July 13.

The CBD pub has been a designated COVID exposure site after confirmation of several cases among patrons.

Acting Premier Steven Miles said the woman, who is in her 20s, was infectious in the community from July 15 to 17, especially on the Sunshine Coast.

She received a text from health authorities on July 15, alerting her a visit to the exposure site on July 10. She immediately got tested and received a negative result.

The woman was in Maroochydore until July 15.

“That does reduce the risk, but it doesn’t remove the risk,” she said.

There are now several exposure sites on the Sunshine Coast.

“Now is not the time to be holidaying into state,” Mr Miles said.

‘Can’t run the risk’: Victorian lockdown extended by a week