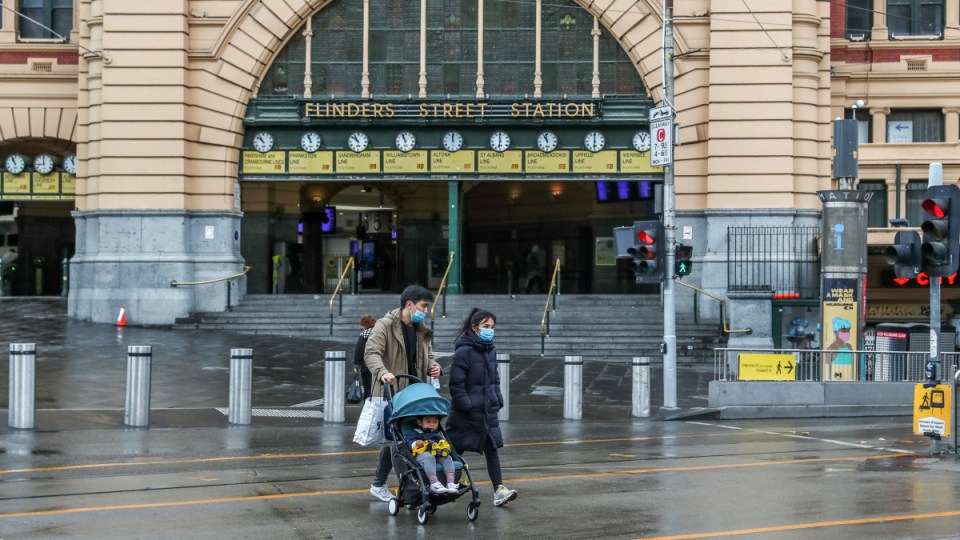 Victoria’s lockdown will be extended beyond midnight Tuesday – although Premier Daniel Andrews is yet to confirm for how long.

Victoria had 13 more local coronavirus cases on Monday, including one announced on Sunday.

All of Monday’s cases, including an infection in Mildura, in the state’s far north-west that was confirmed on Sunday, are linked to existing outbreaks.

Other cases include one at a Melbourne pub where hundreds of people gathered to watch the Euro football final early last Monday. It has sparked alarm among state health authorities.

All of the latest cases had spent at least some time in the community during their infectious period, prompting fears the virus might have spread further.

Mr Andrews also confirmed four more cases in Victoria after the state’s midnight deadline. They have all been in isolation while infectious and will be included in Tuesday’s numbers.

“We can be clear that we will need more time – exactly how much more time, that advice is not with me. No decision has been made, because those decisions will be made based on advice,” he said.

“We know that if we had been open, we’d be just like Sydney with hundreds and hundreds of cases … lifting restrictions now would not be the right thing to do.”

He said state authorities needed at least another day of data to decide on the future of the snap lockdown.

“The signs are positive. But we will need more time to be certain that when we open we can stay open,” he said.

“We have gone hard and early and I think we have avoided, I know we have avoided something altogether worse – that is weeks, if not months of being closed. We know what that is like. We don’t want to go back to that.”

Victoria’s new cases on Monday were:

It is absolutely an example of how quickly this variant is moving in the short time we are seeing between exposure and then being infectious and onward transmission,” he said.

“Last year, we would not have seen any circumstances where someone who had been exposed was transmitting to someone else a day and a half later, less than 48 hours later. That simply was not seen last year with other variants.

“This is not the only circumstance where we have seen that rapid transmission from exposure to onward transmission.”

He said the Delta variant of the virus was “hugely challenging”.

“Yes, Victoria defeated the Delta variants in the last month, we were in lockdown when we did that, there is no other jurisdiction in the world that has driven the Delta variant back down to zero,” he said.

“These are awful and difficult decisions, but we cannot pretend that it is simply a choice of locking down or not having to worry about it. This will take off if we allow it to.”

Mr Andrews said the ongoing COVID crisis in NSW would also be a continued risk to Victoria.

“Unless and until case numbers in Sydney dramatically reduce, we are going to have an ongoing challenge in terms of defending the border to the north and ensuring that nobody has this virus is coming to our state,” he said.

“They have a problem, the whole country has a problem. That is why we wish them well in their efforts.”

NSW posted another 98 local COVID cases on Monday. Its outbreak, which started in Bondi in mid-June, has grown to 1340 infections.