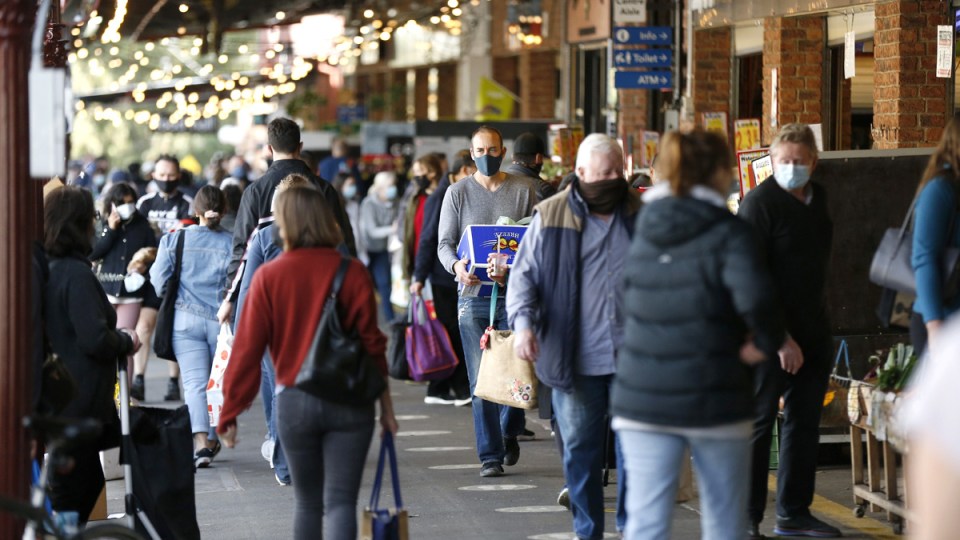 Victoria has posted 13 more local coronavirus cases, including one reported earlier, as millions wait to hear whether the state’s five-day lockdown will be extended.

All of Monday’s cases, including an infection in Mildura, in the state’s far north-west that was confirmed on Sunday, are linked to existing outbreaks.

However, he said it was still too early to tell if Victoria would avoid an extension of the current five-day lockdown – which is due to last until at least midnight on Tuesday.

Mr Andrews is expected to give an update later on Monday, but no time has been given for that.

Victoria had 16 local cases on Sunday, including the Mildura man. He presented to a local hospital with COVID-19 symptoms after attending the Carlton-Geelong AFL match at the Melbourne Cricket Ground last weekend.

Transmission of the virus at that match remains a major concern for health authorities, along with similar transmission at a rugby union Test match at AAMI Park last Tuesday.

There are also more than 300 COVID exposure sites across Victoria. Some of the latest include South Melbourne Market, a McDonald’s on Spencer Street, a train service from Heidelberg to Flinders Street, and an apartment complex in Charles Street in Fitzroy.

A busy BP service station at Calder park has also been added.

Chief health officer Brett Sutton said on Sunday that stay-at-home orders could be extended, based on data including case numbers and exposure sites.

“Every Victorian needs to ready themself for what might emerge over the next 24/48 hours,” he said.

“All I can say is the response couldn’t have been better. The judgments that have been made around a hard and fast lockdown have been the right ones. And that’s got us on a good track.”

Authorities estimated at the weekend that there were 10,000 “primary close contacts” in Victoria.