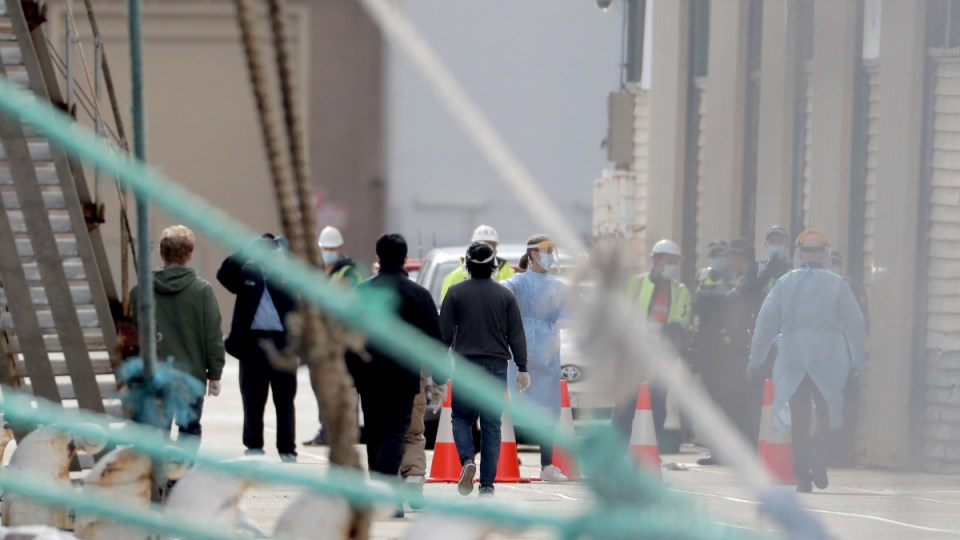 An 81-year-old Adelaide man was confirmed with COVID earlier on Monday after presenting with symptoms at a suburban hospital at the weekend.

“We’ve only got one chance to get this right. We are very concerned about the situation. We are assuming it is the Delta variant,” he said.

Restrictions will include mandatory masks in indoor public settings and on public transport. There will be tighter limits on hospitality venues, while private gatherings will be limited to 10.

Gyms will close and there will be no team or contact club sport, while personal care services will also close.

Working from home will be encouraged, although offices will remain open. Schools will also still be open.

Restrictions will last until at least Friday and will apply across South Australia.

The man was first tested positive for the virus had previously travelled to Argentina with his daughter. He returned to Australia through NSW, where he spent 14 days in quarantine.

The man spent a further 10 days in hospital in NSW after suffering a fall before returning to SA on July 8.

Meanwhile, further west, eight ill crew members from a cargo ship that docked in Fremantle on Monday have been removed to be tested by Western Australian health officials.

The BBC California was allowed to dock in Fremantle on Monday morning so the crew – who are reporting COVID symptoms – could be removed and tested for the virus, before returning to the ship.

Premier Mark McGowan said no Australian health officials boarded the ship, and every precaution was taken in case the crew members have the virus.

“I have repeatedly requested and have been repeatedly assured by WA Health officials that every precaution has been taken and every protocol has been followed. It is essential we don’t allow our hard work to be undone,” he said.

If any of the crew are positive for COVID, the remaining six will also be tested.

In WA, Mr McGowan said the BBC California’s crew would be quarantined on board the ship if at all possible.

“It reduces the risk to all of us,” he said.

WA has dealt with several ships with COVID-infected crew during the pandemic. But Mr McGowan said this was one of the most complicated, simply because so many had reported respiratory symptoms.

The BBC California left Egypt on June 8 and has since visited three ports in Indonesia.

Several crew members aboard became unwell on or about July 1, prompting the captain to ask for medical assessments.

The crew disembarked in small groups at Fremantle so they could be tested inside a shed. They were met by health workers and police, clad in personal protective equipment, and returned to the ship a short time later.

The sick crew members are six Filipinos and one Russian, with the rest from Bulgaria, the Ukraine and Russia.

The BBC California operates under the flag of Antigua and Barbuda.

WA had seven active virus cases on Monday. Six are in hotel quarantine and one remains in a stable condition in a Perth hospital.

‘An outlet to express ourselves’: How skaters are shredding those ugly stereotypes
Woman found dead in home of removalists
Today's Stories