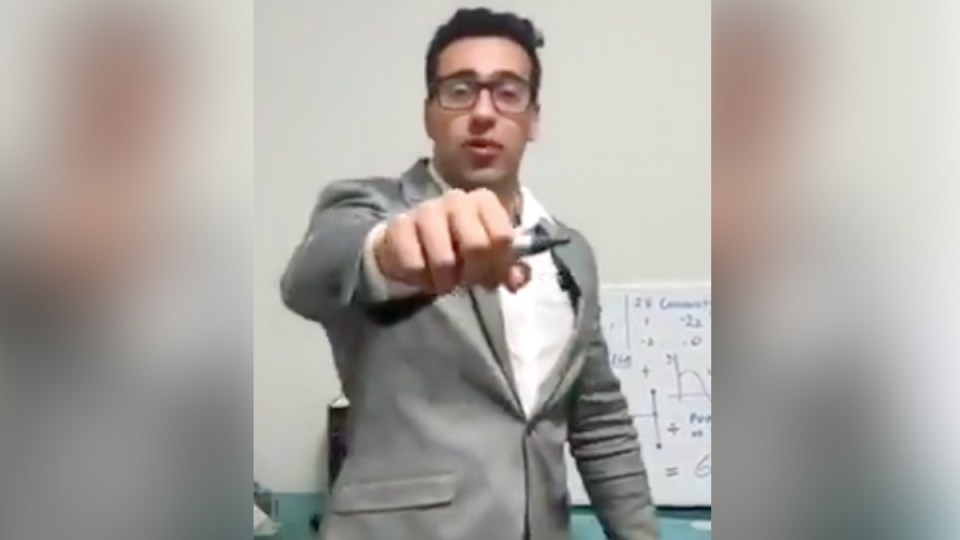 Jon-Bernard Kairouz has been confounding NSW authorities with his early, and accurate, daily virus figures.

The TikTok comedian who has become an online sensation by apparently predicting NSW’s daily COVID numbers has denied being dupe in a sting by state authorities.

Kairouz claims to use mathematics formulas to come up with his numbers. Other theories suggested he was more likely benefitting from a leak from NSW Health.

His streak came to a bruising end on Monday morning after he tipped 109, when the actual figure was 98. There was widespread speculation the state government had decided to dupe Kairouz in the hopes of unmasking the leaker.

Health Minister Brad Hazzard said it was a “disappointment … someone, somewhere in the system” felt it was necessary to leak the numbers to Kairouz, but denied a state-organised “sting”.

“I saw someone saying on social media that it was a sting. No it wasn’t,” Mr Hazzard said on Monday.

“It was looking at what the issues were and making sure that the system was such that the information could be kept to the appropriate time.”

NSW, which counts cases over a 24-hour period to 8pm, releases figures and the context of each case daily at 11am.

Elsewhere, Victoria counts cases up to midnight, releases the figure at 9am and then provides context later in the day. Other states also have different measures of reporting COVID statistics.

Mr Hazzard said NSW’s approach was “entirely appropriate”, giving the important message in a way that the public “understands the significance of what we are asking people to do to keep people safe”.

But there has been some consternation at Kairouz’s early data, despite his repeated denials that the figures were being leaked.

At the weekend, Premier Gladys Berejiklian’s office was said to be taking the issue seriously. Kairouz told Weekend Sunrise on Saturday that he’d had a phone call from NSW Health advising him that it was in his “best interests” to stop revealing the numbers, but he denied he had an inside source.

“I maintain that it comes down to hard and fast maths,” he said.

Kairouz released his own statement shortly after Ms Berejiklian’s official briefing on Monday. Dubbing himself the “people’s premier”, he said the official figure had been designed to discredit him.

“The number confirmed today by the NSW government/Health was given solely to discredit my mathematical genius,” he said.

“They claim to have captured the person supposedly leaking the information, through high-level surveillance and trapping, which just disrespects the hard work and mathematical process conducted by my brothers and I.

“I have been clear that there is no source and any claim otherwise is false and I doubt [Premier Gladys Berejiklian] and her government would stoop that low.

The statement runs with a disclaimer that it is “for comedic purposes only”.