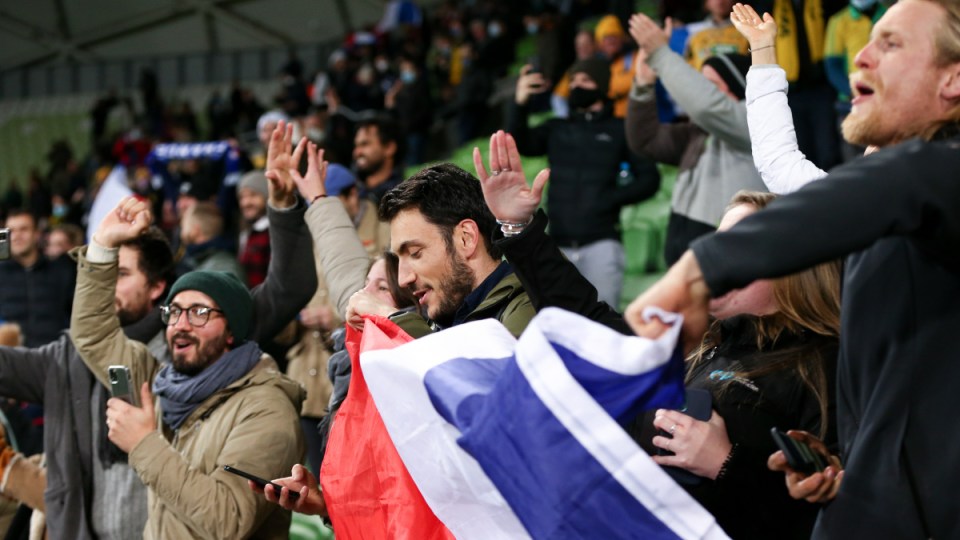 Victoria has six new COVID-19 cases on the first day of its snap lockdown, including a member of the defence force at a Royal Australian Navy base on the Mornington Peninsula.

The member, based at HMAS Cerberus, has been in isolation since they tested positive for the highly infectious Delta variant on Thursday, the Department of Defence has confirmed.

The member visited an exposure site at the weekend.

Live-in navy personnel at HMAS Cerberus have been confined to their barracks and training and leave has been suspended.

Meanwhile, 200 staff at the Royal Melbourne Hospital have been stood down after they were potentially exposed to a patient who is a close contact of a COVID-19 case.

The hospital is still operating on reduced staff but has postponed elective surgery.

The staff have been told to isolate for 48 hours to enable contact tracing efforts.

There are no COVID-19 patients in the hospital.

Victoria had 10 new COVID-19 cases in the 24 hours to Friday morning, four of which were already reported by authorities.

All the cases are linked to known outbreaks and bring the total number of active cases in the state to 36.

Some 33,129 tests were processed and 17,188 Victorians were vaccinated at the state-run hubs during the same period.

There are more than 110 exposure sites across Melbourne and regional Victoria, including the MCG and several stores at Chadstone shopping centre.

More than six million Victorians are living under stay-at-home orders for the fifth time since the start of the pandemic, due to a growing outbreak of the Delta variant.

With more than six million Victorians again under stay-at-home orders, authorities remain most concerned about three cases of suspected “stranger-to-stranger transmission” at an AFL match at the MCG last Saturday.

A positive case also attended the international rugby clash between the Wallabies and France at AAMI Park on Tuesday night. Stadium management is working with health officials to identify close contacts among the more than 20,000 people who attended the match.

Victoria’s latest snap lockdown came just weeks after it emerged from its fourth. The rules that applied then have returned, including a five-kilometre travel limit for exercise and shopping and compulsory mask-wearing indoors and outdoors.

Premier Daniel Andrews will not guarantee the lockdown will end after just five days – but said there was no choice but to shut down the state.

“We don’t want this getting away from us and being locked down for months,” he said on Thursday.

Late on Thursday, the federal government announced its COVID-19 Disaster Payment scheme would be available to people who work or live in greater Melbourne, as well as the local government areas of Moorabool Shire, the City of Greater Geelong, Borough of Queenscliffe and the Surf Coast Shire.

No liquid assets test will be applied to the payments.

Under a key change to the Morrison government’s income support package announced earlier in the week, income support will be available from the first week of a lockdown and is determined by hours of work lost, not the length of stay-at-home orders.

“The deal last night – literally at 10.30 finalised – was to say to Victorians whilst these personal income payments for 10 days or more of course will cover Victoria after five days,” he said.

“They will go to Services Australia and be able to claim that payment if they have lost those hours of work.”

The deal will be confirmed at Friday’s national cabinet meeting.