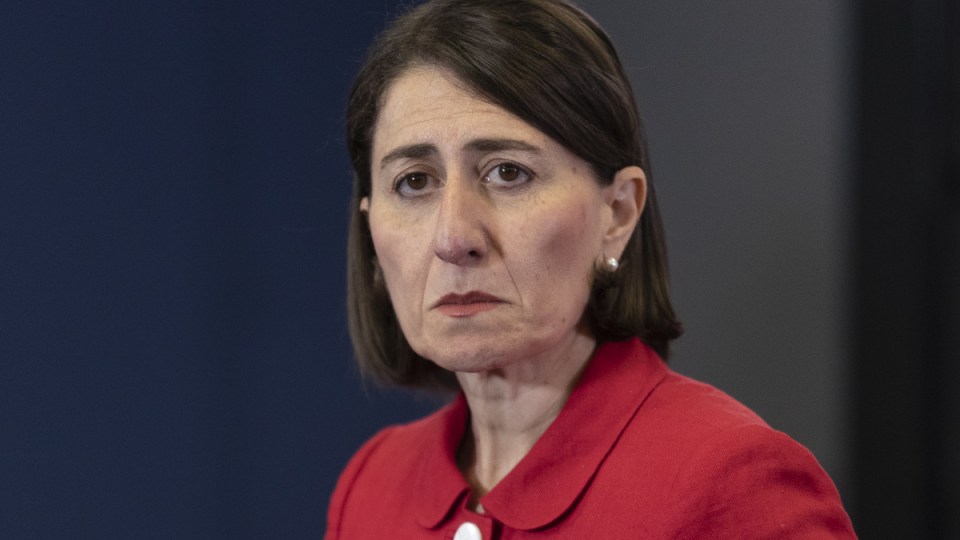 Gladys Berejiklian has said "we will not hesitate to go harder". Scientists say she needs to. Photo: Getty

NSW needs stricter state four restrictions to bring the Delta variant outbreak of COVID-19 under control, according to modelling by the Burnet Institute.

Instead, NSW should follow tighter restrictions “similar to those introduced in Victoria’s second wave in 2020” – including curfews and wearing masks outdoors.

A month into Sydney’s latest COVID outbreak the state has reached a grim milestone of more than 1000 cases, with no sign of the crisis abating as the highly infectious Delta strain continues to spread far and wide.

Of Friday’s case, 46 people were in the community for at least some of their infectious period, including the 29 who were circulating for the entire time.

Ms Berejiklian has said repeatedly that Sydney’s lockdown won’t end until number of infectious people circulating in the community gets close to zero.

But NSW authorities have also been criticised for failing to properly define essential work and resisting calls to close shops, including luxury handbag and shoe stores, or make masks mandatory outdoors.

On Friday, Ms Berejiklian said “we will not hesitate to go harder” on restrictions to drive the number of infections down.

“We need to make sure that any decisions we take will have the desired effect of reducing those numbers,” she said.

The Australian Medical Association is also pushing for a tougher lockdown in NSW.

“It is absolutely ridiculous that … we still have upmarket stores open and in fact any stores where they are not selling essential goods,” president Dr Omar Khorshid said on Friday.

“The message has to be crystal clear to the NSW community … that you have to stay home. That is as simple as that. Stay home. Don’t go to the shops even if you are not browsing. If you just want to go get a $10,000 handbag, it is not urgent, you can do it online because it is not something that has to be done now. Though shops must be closed immediately.”

The Burnet researchers say NSW’s restrictions, combined with contract tracing, “have averted a significant number of infections, hospitalisations and deaths”.

However, the mathematical modelling “also suggests the impact of the current restrictions in NSW have not been effective enough to control the outbreak”.

The modelling hasn’t been peer-reviewed, but was made public “because of the urgency of rising cases”.

The modelling found that:

Burnet’s director and CEO, Professor Brendan Crabb said there was benefit in “going hard, going fast in any pandemic response but NSW still had public health levers they could use”.

Professor Crabb said that measures “such as curfew and masks outdoors should also be seriously considered as these were a part of Melbourne’s Stage 4 restrictions.”

In a separate study, director of the University of Sydney’s Centre for Complex Systems Professor Mikhail Prokopenko has released modelling that shows Sydney’s “current level of social distancing is inadequate for outbreak control”.

The modelling found that social distancing compliance of 80 per cent would see a reduction of cases after one month.

The model identifies that only 40 per cent of the Sydney population is observing social distancing.

“Compliance with 80 per cent social distancing would mean that four out of five people must drastically reduce their contact with others to just 10 percent of what they normally do,” said Professor Prokopenko.

“For example, this would mean reducing your shopping frequency or duration to just one out of 10 typical trips or hours. So, if someone spent 10 hours a week doing the shopping, now it needs to reduce to just one hour of shopping a week”.

The modelling was published on a pre-print, and is yet to be peer-reviewed.

On Friday, NSW chief health officer Kerry Chant said she was concerned that the source of infection for 34 of the latest case remained under investigation.

“I can’t stress to the community (enough) my absolute concern that we need to work harder at reducing mobility and reduce our interactions with others.”