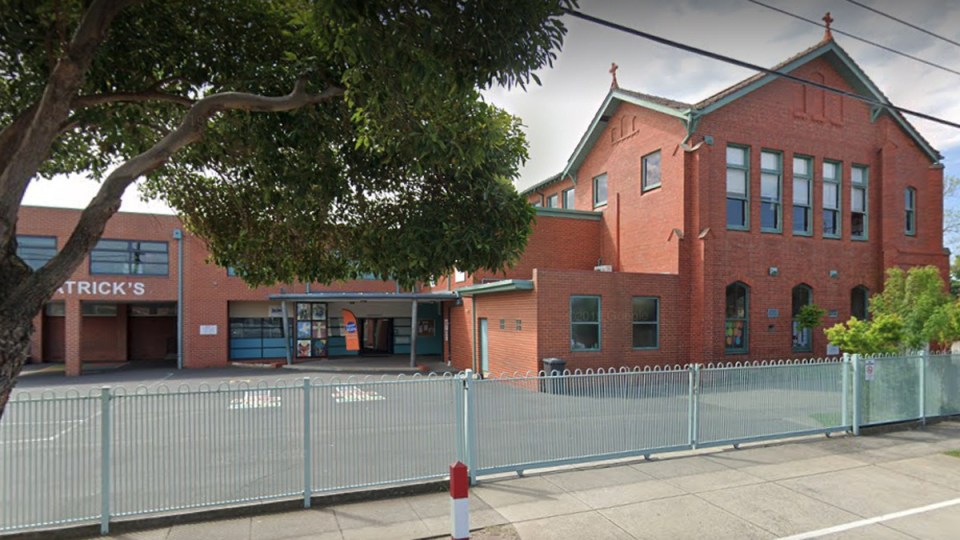 Parents of students at St Patrick's Primary School in Murrumbeena were instructed to pick up their children immediately. Photo: Google Maps

A primary school in Melbourne’s south-east has been closed after a pupil tested positive for the coronavirus on Thursday morning.

St Patrick’s Primary School in Murrumbeena confirmed the positive test in an urgent email to parents.

It said all year four students were required to be tested for the virus immediately, while other year levels were encouraged to get tested.

Dean, a parent with children at the school, said he received a text message on Thursday morning.

“The school is currently being evacuated,” he told Melbourne radio 3AW.

The school is undergoing deep cleaning.

Victorian health authorities confirmed the infection, along with another, in a briefing on Thursday. Both are linked to an AFL match at the MCG last Saturday.

“They were both sitting in level two, in the members’ reserve, at the MCC,” Victorian testing commander Jeroen Weimar said.

“We do not believe they are known contacts of the other two positive cases we know were there. Interviews are ongoing with those individuals.”

He said contact-tracers were “moving as quickly as we’ve ever moved” to try to get on top of the latest outbreaks.

The MCG had already been listed as an exposure site after confirmation a man who attended the match also had the virus. He lives in the apartment complex in Melbourne’s inner-north-west where three infected NSW removalists worked last week.

Victoria’s exposure sites ballooned to more than 70 on Thursday.

One is a 12-year-old boy who tested positive for the virus after leaving hotel quarantine in NSW. The boy’s father also has the virus, while the third case is a vaccinated worker at Brisbane’s international airport.

Mr Weimar said thousands of people were in isolation across Victoria as the City of Hume and Ariele Apartment outbreaks grew rapidly.

“You will appreciate we’re dealing with a very dynamic situation here, a very rapidly moving situation,” he said.

The City of Hume cluster, sparked by red-zone returnees from NSW, has grown to five cases. The Ariele Apartment outbreak, started by the NSW removalists, has six linked cases.

The outbreak linked to the MCG and Barwon heads is being treated separately. Its index case is a resident of the apartment complex who went to an AFL match on Saturday.

Mr Weimar said authorities were particularly concerned about the MCG cases because they were not known to each other, and did not spend time together.

“Both these cases put us in a serious situation. The situation we’re dealing [previously] was all the contact at the point, up to that point, had been between people who spent significant time together, known to each other,” he said.

“Our initial information is that the two new cases we have today are not known to the gentleman from the Ariele. That gives us significant cause for concern.”

Senior Victorian government officials met early on Thursday to discuss other restrictions such as caps on crowd limits and visitors permitted in homes.

No decision has yet been revealed, although the ABC reported earlier that while more rules will be imposed, including caps on home visits, the state will not go into lockdown.

“We know that masks work … We have decided to immediately implement that basic measure. We know it can make a significant difference at very low cost,” Mr Weimar said.