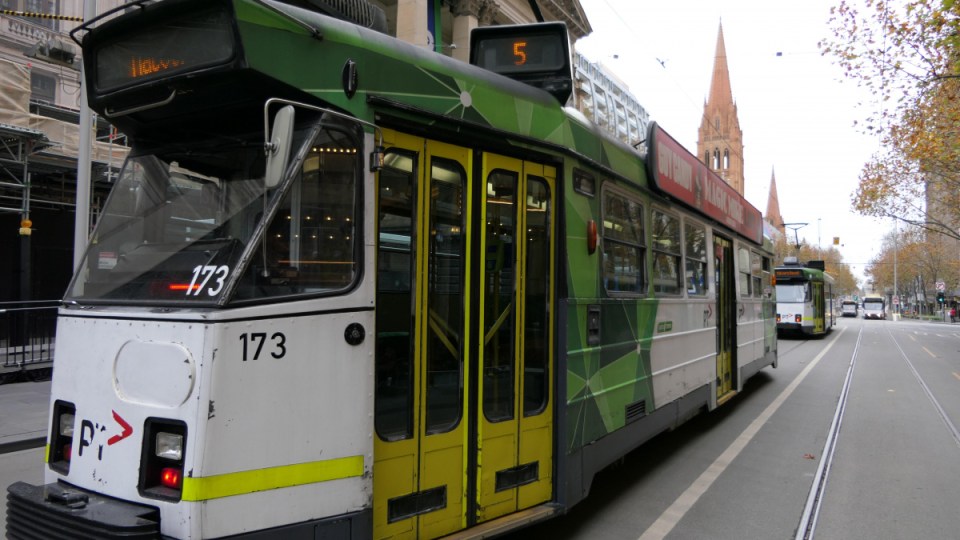 Melbourne is on track for 100 new trams to be rolled out from 2025, replacing ageing models. Photo: ABC News

A COVID-positive NSW resident travelled to Victoria and South Australia while infectious, authorities have confirmed.

The infectious man, who is a removalist, was working during their interstate trip.

He stayed overnight in Victoria on July 8 before travelling to South Australia on July 9 and then returning to NSW.

Victorian Health Minister Martin Foley said a list of exposure sites would be available later on Monday after confirmation of the infection late on Sunday.

It’s believed the man did travel through Melbourne.

“Our friends in Sydney are facing really challenging circumstances, and we wish them every success in their fight,” Mr Foley said.

“This is now the third incursion into Melbourne and Victoria as a result of this outbreak, we’ve run the other two down.”

Earlier, the state posted a 12th day with no locally acquired cases of COVID-19 after its border with NSW and the ACT was effectively closed overnight.

The health department confirmed there were also no new cases in hotel quarantine on Monday, with the number of active cases in the state down to 19.

Some 19,239 test results were processed in the 24 hours to Monday morning, while 12,005 Victorians received a vaccine dose at one of the state-run hubs.

From midnight Sunday, all of NSW and the ACT became red zones under Victoria’s travel permit system.

Victoria’s acting chief health officer cited concerns about the risk of coronavirus transmission beyond Sydney and surrounding areas for the decision as NSW reported 77 new local cases on Sunday.

NSW’s outbreaks hit a new daily record on Monday, with 112 more infections in the community.

The border closure announcement was made just after 4pm on Sunday, giving little time for people to return on their existing orange zone permits.

Victorian residents who missed Sunday’s deadline will still be allowed to enter the state but must isolate at home for 14 days.

In addition, the Victoria-NSW “border bubble” arrangement will remain intact for local residents, though they must continue to travel with proof of address.

Victorian authorities are also asking cross-border residents in both states not to travel outside the bubble at any time.