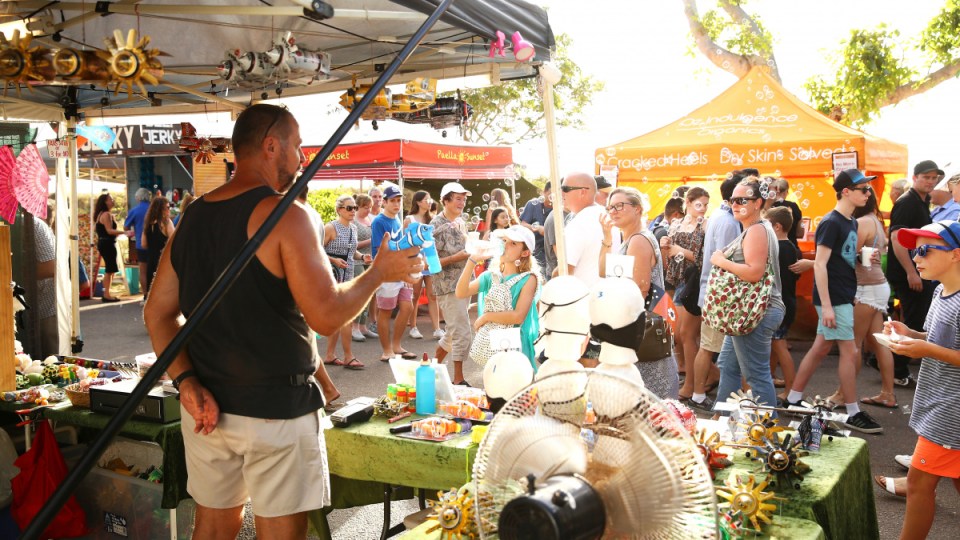 Residents of Darwin are returning to "COVID normal" after their recent virus scare. Photo: Getty

The Northern Territory will relax COVID-19 health restrictions after an outbreak linked to a central Australian mine was brought under control.

From 1pm on Friday people in greater Darwin and Alice Springs will no longer be required to wear face masks in public and social distance.

Chief Minister Michael Gunner thanked Territorians, saying the restrictions had worked and the virus was trapped.

“You masked when you had to, you kept your distance, you checked in 1.2 million times in the last week alone,” he said.

“We’re going back to where we were pre-lockdown.

“Go back to the gym, you can line up for a laksa at the markets and if you really want to celebrate, you can hit the dance floor tonight.”

Other health restrictions to be lifted on Friday include a 10-person limit on the number of people permitted at private residences.

Patrons will also be allowed to move about hospitality venues without a mask and indoor exercise venues, such as gyms, and markets will reopen.

The restrictions were imposed last Friday after a lockdown in Darwin and Alice Springs ended following a Delta variant outbreak in Newmont’s Granites Mine in the Tanami Desert.

More than a dozen people linked to the mine have since become infected across Australia. On Thursday, two more workers tested positive at the Howard Springs quarantine facility, near Darwin.

But the outbreak was brought under control within seven days after NT after health workers traced hundreds of miners and close contacts and ordered them to isolate.

“We came close, we could have been in a very different situation,” Mr Gunner said.

Wastewater testing released Thursday showed there was no COVID in the community.

The outbreak started on June 26 when a young Victorian worker, who travelled to the Newmont mine via a Brisbane quarantine hotel, tested positive.

More than 700 workers were immediately ordered to isolate at the mine as authorities scrambled to track about 800 more who had flown to homes around Australia, after the infected worker arrived on June 18.

Workers forced to isolate at the Newmont mine will end their lockdown and start flying home Saturday after all testing negative for the virus.

NT Health said the two new COVID cases linked to the mine were not a risk to the community.

The men have been in quarantine since June 26, including during their infectious period, a spokesman said.

They travelled on the flight from the mine to Darwin after they came into close contact with another worker who later tested positive.

The pair returned a positive COVID-19 result on day 12 of their two-week quarantine period at the Howard Springs facility.

It came as Mr Gunner said any new extra Pfizer vaccine doses received in the NT from the extra one million to be available nationally every week from late July were likely to be used to vaccinate Aboriginal communities.

‘Back to the gym, line up for a laksa’: NT winds back virus measures