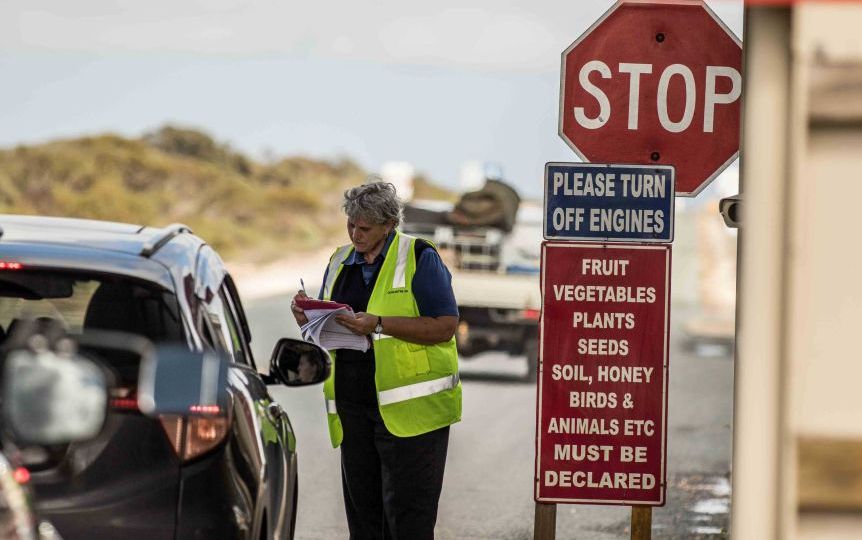 WA has had stringent border controls throughout the pandemic, but Mr McGowan is signalling even tougher rules. Photo: ABC News/ Jarrod Lucas

Western Australian Premier Mark McGowan has threatened an indefinite hard border to NSW until it has “crushed and killed” its burgeoning outbreak of the Delta strain of COVID.

“Our latest outbreak came about because a West Australian was infected in Sydney and returned home to Perth,” Mr McGowan said.

“Until we have high levels of vaccination we should not support a model whereby the virus is permanently allowed to spread. Such an approach would require ongoing rules and restrictions directed towards any state that allowed that to happen.”

Mr McGowan’s threat came a day before NSW’s local case numbers spiked to 38 on Thursday, the highest yet since the Bondi outbreak began in mid-June.

On Wednesday, NSW Premier Gladys Berejiklian extended the lockdown of greater Sydney and surrounding areas until at least July 16, to try to get the outbreak under control. But Health Minister Brad Hazzard signalled a potential change on the horizon, suggesting NSW might have to give up the fight against the latest outbreaks .

‘I think at some stage, if the individuals that we need don’t hear [NSW chief health officer Kerry Chant’s] message and don’t respond, then at some point we’re going to move to a stage where we’re going to have to accept that the virus has a life which will continue in the community,’ he said.

But Mr McGowan – who has instigated some of Australia’s toughest border rules throughout the pandemic – was having none of that.

“NSW needs to do what Victoria did last year and crush and kill the virus,” he said later on Wednesday.

“Any alternative approach which allows the virus to spread would imperil the whole country before such time as we have achieved mass vaccination.”

Mr McGowan said there were no guarantees that the extra week in lockdown would be enough for NSW to get on top of the latest outbreaks.

He again advocated for his favoured policy of early snap lockdowns. In WA, that has led to stay-at-home orders with just a handful of COVID cases.

“Our experience is that quick responses to eliminate the virus has worked well in WA,” he said.

“Our short, sharp lockdown and our efforts to swiftly crush the virus have put us in a position where we expect to return to pre-lockdown life on Monday.”