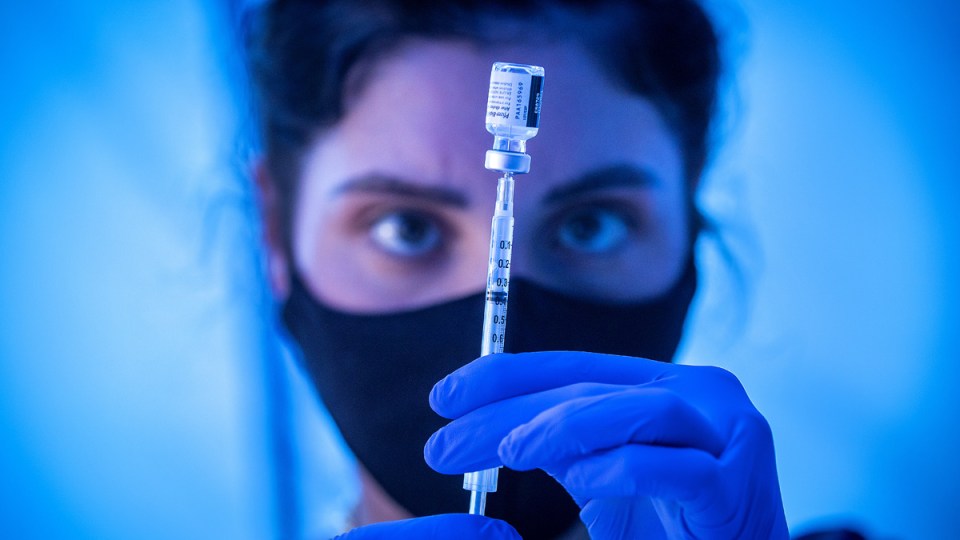 The federal government has predicted between 650,000 and 750,000 Pfizer doses will arrive each week during July and August.

Mr Hunt thinks the number could be higher, paving the way for the rollout to ramp up.

“I’m increasingly confident that we will have additional supplies arriving onshore in August,” Mr Hunt told the Seven Network on Thursday.

“We’ll have confirmation in coming days but we’re quietly working behind the scenes every single day to ensure that, and that’s beginning to bear fruit.”

State governments have nominated lack of Pfizer supplies as the main hurdle to increasing vaccination rates.

Australia has turned to the European Union to meet rising demand for the Pfizer vaccine while the United States continues to limit exports from its pharmaceutical giants.

Treasurer Josh Frydenberg said the vaccine supplies were coming “in very significant quantities” over the coming weeks and months, as tensions with Labor over the secural of doses continues to simmer.

Across the country, about 9.8 per cent of people over 16 have received both shots, leaving Australia well behind other developed nations.

Finance Minister Simon Birmingham indicated the government would not pressure the United States for extra Pfizer doses over countries with dire coronavirus outbreaks.

“To say that we should get some sort of queue jump or charitable assistance in some way ahead of where lives are being lost would be really to put an unfair expectation on what we expect from the alliance,” he told Sky News.

“It is important for Australia to look at all options for more supplies as we see we’re a long way behind,” she said.

Outbreaks of the Delta strain have triggered state and territory lockdowns, with leaders concerned about emerging cases as the vast bulk of the nation remains unvaccinated.

While there have been no deaths from local transmission this year, there are now 40 coronavirus patients in NSW hospitals, including 10 in intensive care and three on ventilators.

Aged-care providers and unions are demanding the federal government lifts its game on immunising workers in the sector ahead of vaccinations becoming compulsory in mid-September.

One third of aged care workers have been vaccinated five months into the national rollout, despite being included in the highest priority group.

Workers would also be given paid leave to receive jabs and recover from potential reactions, as well as targeted vaccine education.