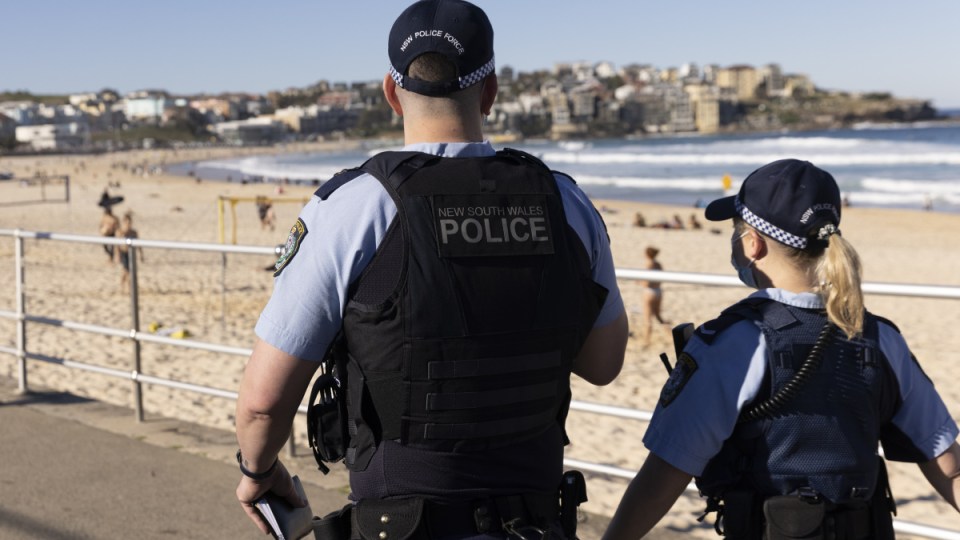 NSW’s virus cases have spiked again, with 35 more infections on Monday, as authorities blasted those who are “doing the wrong thing”.

The latest community cases included 11 people who were not in isolation throughout their infectious period.

“I foreshadowed a few days ago that the numbers were likely to bounce around. That is what we have seen overnight,” Premier Gladys Berejiklian said.

The virus outbreak that started in Bondi in mid-June has now risen to 312 infections. There are four COVID patients in intensive care in NSW, although none are on a ventilator.

There is particular concern about a party at Meriton Suites in Waterloo on June 26. Three of the new cases are linked to that event.

Chief health officer Kerry Chant wouldn’t say how many people were at the party, describing it only as “a small group”. Private gatherings are strictly limited under Sydney’s current lockdown rules.

“I want to thank the vast majority of our citizens who have done absolutely the right thing,” Ms Berejiklian said.

‘Unfortunately, having a party when you’re not supposed to have a party is not doing the right thing and we know … that some of the cases today are a result of issues or result of incidents where people have done the wrong thing.”

Health Minister Brad Hazzard issued his own warning about the party, which authorities fear might turn into a spreader event.

“Those people who are thinking that the rules are somehow not for them, that they are more entitled than the rest of us not to listen, you actually have to listen because you may be the people who spread this and keep us in lockdown for a lot longer than the rest of the community would like,” he said.

Authorities have so far refused to be drawn on plans for the end of the Sydney lockdown, which is due on July 9.

Ms Berijiklian urged people who wanted to spend time outside of home to remain outdoors where possible.

“Avoid shopping centres, avoid indoor settings – that’s where the virus currently is transmitting, in addition to some workplaces,” she said.

Dr Chant said Monday’s tally – which came from more than 58,000 tests – included two mystery infections that are not yet linked to existing outbreaks. Included in the 35 are 20 household contacts of people who already had the virus.

Two more aged-care residents in a north-west Sydney nursing home have tested positive to the virus, while an eastern Sydney primary school has been shut after a student was also diagnosed.

Staff and students of Rose Bay Public School – who are on school holidays – have been told to self-isolate until they receive further advice, with school due to resume on Tuesday next week.

Dr Chant said both of the latest aged-care residents were women in their 70s. One is fully vaccinated while the other is unvaccinated.

The three earlier cases from the home were all vaccinated.

“Out of the abundance of caution, all of the five residents have been transferred to Westmead hospital for observation, and an additional wife of one of the cases has also been transferred,” she said.

Kathie Melocco, whose parents Allan and Lona Patrick, live at SummitCare home at Baulkham Hills, is angry her 88-year-old father is one of the initial three residents who contracted the virus from an unvaccinated carer.

She said families weren’t told that two-thirds of the carers at the home had not been vaccinated.

“Dad was vaccinated and after all the trouble we’ve had in aged care [we assumed] that the jab was given to staff at the same time,” she told Sydney radio 2GB.

“No one told us they weren’t vaccinated and as a family we have right to know.

“In aged care, it’s one of the most dangerous places in Australia.”

NSW Health also has five more cases linked to Virgin Australia’s Gold Coast to Sydney flight (VA 524) where there have already been several confirmed infections. Dr Chant said all of the latest people were in isolation throughout their infectious period.

There are also fresh alarms for construction sites in Auburn and Toongabbie. Household contacts of anyone who worked at the sites are asked to get tested and isolate until they receive a negative result.

“What we are trying to do is get ahead of the spread – because some of these exposures date back to Monday, 28 June, there’s sufficient time for someone to become infectious and then pass it on to their household,” Dr Chant said.

Among other breaches of NSW virus rules, it was revealed on Sunday that police were investigating NRL players who allegedly had a party in Shellharbour on Saturday night.

The Dragons confirmed that some players were under investigation, with the number who attended the party believed to be between 10 and 15.

Any party would have been a clear breach of not only NSW law, but also the game’s bubble.

NSW Police issued 125 infringement notices in the 24 hours to Monday, after more than 1000 cases for suspected COVID breaches.