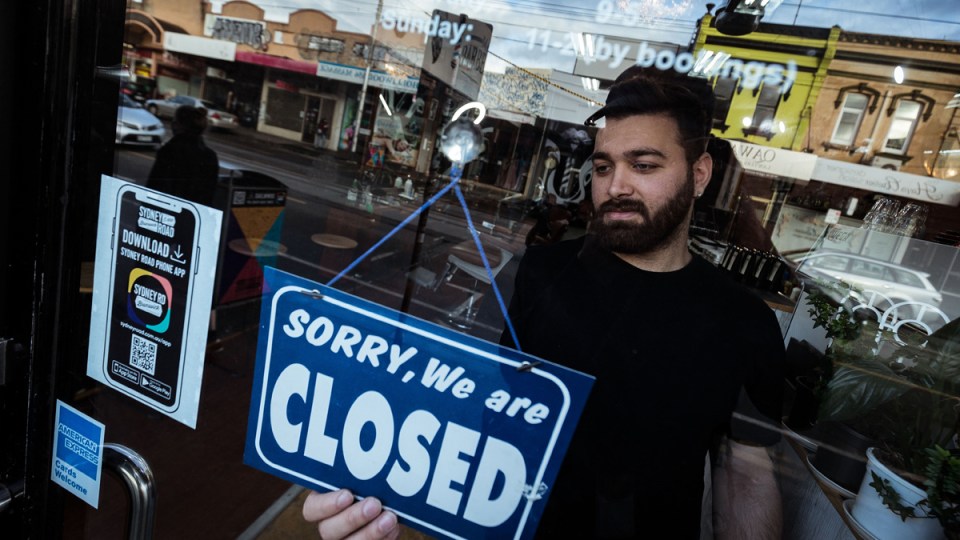 The business community has welcomed the four-step plan agreed to by national cabinet to end lockdowns and border restrictions.

But they are concerned key details are still missing, with no firm dates for reopening or clear thresholds for vaccination rates.

Scientific modelling is underway to determine the vaccine thresholds.

Business leaders want to see realistic and achievable vaccine targets to give people hope after 18 long months of pandemic pain.

There is some concern political leaders have been extremely cautious and risk averse.

Jenny Lambert from the Australian Chamber of Commerce and Industry warned the national plan could fall apart if state leaders ignored targets and timelines.

“We need to make sure we get open and stay open. We need to be mindful that businesses can’t survive forever,” she told Sky News on Monday.

Qantas boss Alan Joyce wants everyone offered a vaccine, rather than picking a “magic number” to end lockdowns.

While Australian Industry chief executive Innes Willox said governments must abide by the plan and open-up once established thresholds were met.

“To tie ourselves to a number of people vaccinated means we’re hostage to vaccine hesitancy and deniers and that’s just not sustainable,” he said on Monday.

“We risk being left at the starting gate getting lapped by our competitors.”

He wants Australia to get to the stage where coronavirus is treated like other infectious diseases.

“We have to create a society where we live with the virus like we do with the flu on measles and mumps – we don’t want them but we don’t close down the economy because of them,” Mr Joyce told the Seven Network.

“That’s precisely what we’re doing and I think the states are now coming on board with that idea. That sets a nation up in a much stronger place.”

But Liberal MP Tim Wilson had a more modest target in mind to clear the first hurdle towards normality.

“Frankly, if we’re going to move past the first stage, it’s going to be somewhere around 60 per cent,” he told Sky.

Meanwhile, about 500 GP clinics will start giving the Pfizer jab to patients aged between 40 and 59 this week.

A further 800 GPs are expected to come on board during July and August as the national vaccine program ramps up.

Vaccine supply has been the biggest issue for the rollout, with tens of million of Pfizer doses set to arrive in Australia over the next six months.

Mr Butler also poked holes in the planned roadmap out of restrictions.

“The lack of detail, the lack of timeframes and milestones means that everyone really is sort of muddling their way through this because the Prime Minister is not being clear with us,” he said.