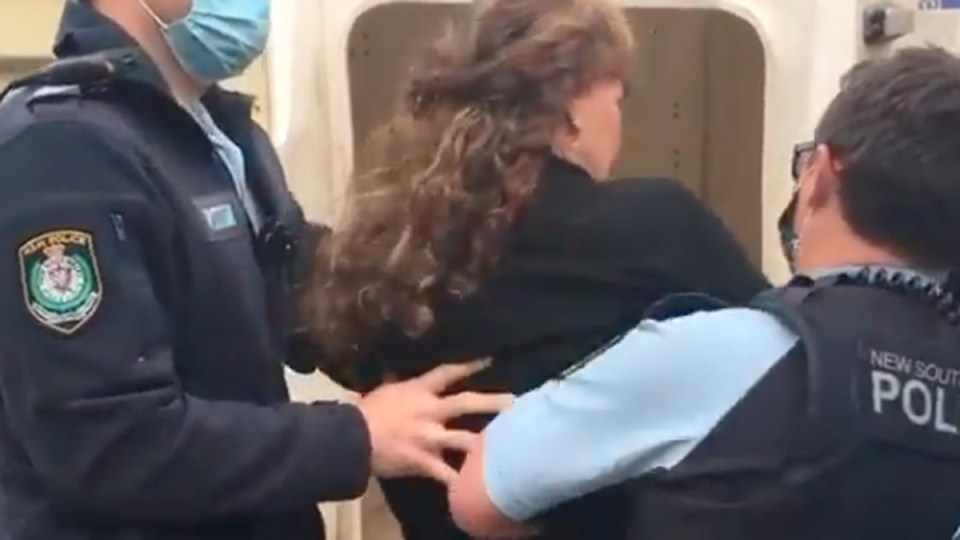 Bowral Organic Food store posted footage of a confrontation with police over face masks to its social media.

The NSW Premier has encouraged her state’s residents to dob in people who ignore stay-at-home orders as COVID cases continue to be reported outside isolation.

NSW had 31 new local coronavirus infections on Friday – the highest daily tally it has seen yet in the outbreak that has sent greater Sydney and surrounding areas into lockdown.

The number of cases in the outbreak has hit 226, after growing by double figures every day for the past week.

Close to half have been in people who have not been isolating. Chief health officer Kerry Chant said that proportion needed to fall before she could be confident the lockdown could end on July 9, as initially planned.

“I am not commenting at all about the future settings. What I can say is that the factors we consider closely is those infectious days in the community,” she said on Friday.

On Thursday, NSW authorities warned the virus was still circulating across the Sydney area. Ms Berejiklian said the success of the lockdown was down to all NSW residents.

“Our success during the lockdown depends on eight million of us … each of us has a role to play because every time we leave the house, we could have the virus unintentionally,” she said on Friday.

“We’re appealing to everybody, if you see something wrong, it is not a bad thing to report it … compliance is so important during this time.”

Ms Berejiklian said the next few days were critical for the state.

“Come early next week we do want to see that tide turned,” she said.

NSW Police continue to fine people for breaching the rules. Deputy Commissioner Gary Worboys said on Friday there had been 75 infringement notices issued in the previous 24 hours.

They included two people who travelled from Sydney to Dubbo and were turned away at the town’s Western Plains zoo.

Earlier this week, it was reported that a travel company had been fined $5000 after three buses carrying 130 people turned up at the zoo on Monday. They had left Sydney the previous Friday – in defiance of travel limits.

Mr Worboys said another person departed Sydney for Brisbane via bus but stopped in Grafton.

“I spoke yesterday about people trying to take holidays disguised as business trips – it is not on. It is to comply with the public health orders in terms of moving around NSW, it’s important,” he said.

Another case involved a food store in Bowral in the NSW southern highlands, with staff and customers on Thursday refusing to wear masks.

The manager, a 62-year-old woman, said she would not comply with mask rules. She was arrested after refusing to provide her details to police.

A 61-year-old female customer also refused to wear a mask in the shop and was arrested.

A 63-year-old man is also accused of confronting police during the arrest and allegedly pulling down an officer’s face mask. The man was arrested and charged with police assault, resisting arrest and incitement to resist arrest. He will appear at Moss Vale Local Court in August.

Recent posts from the shop’s social media have carried anti-mask and anti-vaccination messages, with some of the content hidden by Instagram for “containing false information”.

The shop also posted a video of the confrontation with police to its Instagram. It shows one of the owners being put in the back of a police wagon while the other struggles with officers.

“They had no intention of complying with the order,” Deputy Police Commissioner Gary Warboys said.

Two barbers in Eastlakes and Campsie respectively were also fined after continuing to operate in breach of health restrictions.