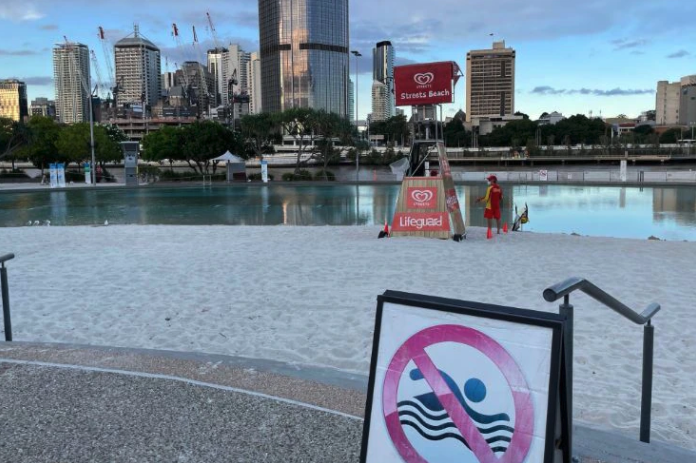 Brisbane and the neighbouring Moreton Bay district will remain in lockdown for a further 24 hours.

Stay-at-home orders will be extended in parts of Queensland beyond Friday night after two more “totally unknown” cases of coronavirus in the community.

Brisbane and Moreton Bay council areas will remain under lockdown rules for at least another 24 hours after COVID infections reported in a mother and daughter from Carindale, in inner-Brisbane.

“They have been out quite extensively around Brisbane. We really need our contact tracers … to really get on top of this issue quickly today,” Premier Annastacia Palaszczuk said on Friday.

Their lockdown will end at 6pm Friday, as planned. They will have to wear masks when they leave home for at least another two weeks and there will be venue caps and a requirement for seated dining and drinking.

The mother and daughter’s infections were diagnosed early on Friday. Chief health officer Jeannette Young said there were no details yet about how the two cases were linked to other clusters in Queensland.

She wouldn’t confirm if the Brisbane and Moreton Bay lockdown would last beyond Saturday.

“We have extended it today because of these totally unknown cases,” she said.

“Let’s just get through today … I would hope that it doesn’t need to be extended.”

Early exposure sites for the pair include the Harris Farms and Woolworths at West End, the Greek Orthodox Community Centre in South Brisbane, and several outlets in central Brisbane, including Espresso Engine in Turbo Street, JB Hi Fi in Albert Street and the nearby Mecca Maxima.

Authorities expect to add more as they interview the women.

Queensland also had another community infection on Friday. It is the partner of the Qatar Airways worker whose positive case was confirmed on Thursday.

Dr Young said the man, who is a luggage handler at Brisbane airport, had since recovered from the virus.

“He has acquired it at the airport and then given it to his partner. I have the whole genome sequence result on the lady and she has the Delta variant. It is not clustering with any known case in Queensland or Australia and on the international data base it looks like it is closest to some cases in India but we just need to confirm that,” she said.

“It looks like the gentleman, who is now the new case, acquired it probably from international airline crew.”

Ms Palaszczuk, who made the lockdown announcement ahead of Friday’s national cabinet meeting, confirmed she would push for a reduction on international arrivals at the meeting.

“We know we have 285 rooms becoming available but it will take seven days for our police and hotel quarantine coordinators to get a new hotel up and running,” he said.

“It’s absolutely critical that we see that cut in the number of international visitors and we would hope that the Prime Minister agrees to that at national cabinet today.”