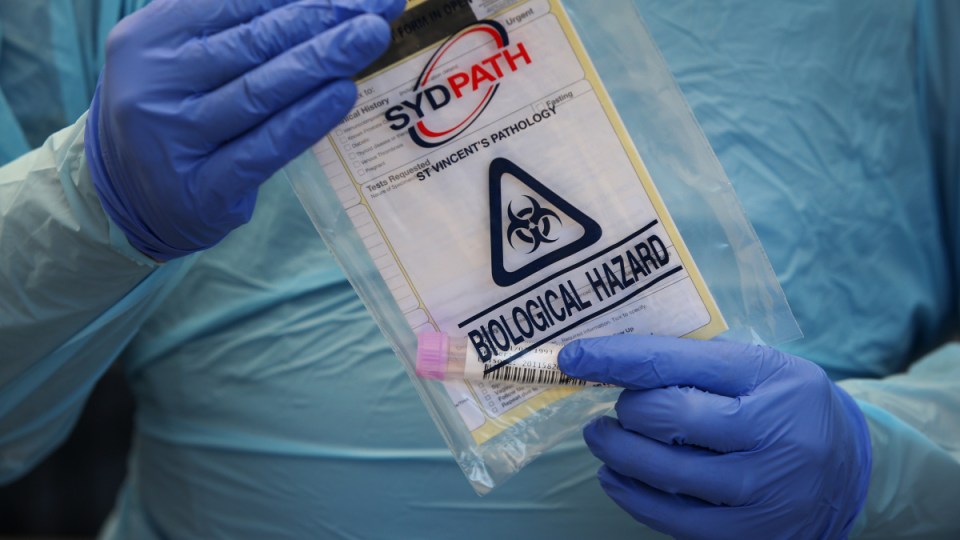 Fears are growing that Sydney’s two-week COVID lockdown will be extended, with warnings case numbers are likely to spike further in coming days.

The worsening outbreak has much of Australia on edge, with states and territories hastening to tighten virus rules on Monday as NSW posted another 18 local infections.

There were also two more cases in Queensland, one in the Northern Territory and one in Western Australia. The remaining states are on high alert, with South Australia reintroducing masks indoors and Victoria tightening border controls as school holidays begin.

Six of NSW’s new cases were in isolation throughout their infectious period, while three were isolated for part of that time.

Fifteen of the new cases are directly linked to the Bondi cluster, which started on June 16 and now tallies 124.

Two cases are close contacts of a previously reported unlinked case, and the last might have been acquired at Westfield Bondi Junction.

But “some, unfortunately, were active in the community”, NSW Premier Gladys Berejiklian said.

“The cases we are seeing today are a reflection of what may have occurred in the previous week and obviously there is a lag time on the time we are able to record these cases,” she said.

The two supermarket giants Coles and Woolworths imposed toilet paper limits as a result of a spike in demand and panic buying.

Chief health officer Kerry Chant said she expected it would be at least five days before NSW’s virus numbers began to steady, and all cases came from in people in isolation.

Coalition for Epidemic Preparedness chair Jane Halton said on Monday it was possible Sydney’s lockdown would have to be extended beyond July 9.

“Two weeks is the amount of time you need to make sure that you actually keep an eye on it in terms of first round of infections, but potentially they will be seeking going on beyond that time,” she told Sunrise on Monday.

“Fingers crossed. But I’ve got to be honest with you, I’m feeling a bit nervous it might go on for longer.”

With four of their classmates acquiring the virus, the school’s more than 500 pupils have been deemed close contacts and forced into  isolation.

In other developments across Australia on Monday, WA Premier Mark McGowan confirmed a second local infection.

A Perth woman contracted the virus at a Joondalup gym that was also visited by an infected WA resident who had returned from Sydney. The first woman’s case was confirmed on Sunday, prompting a lockdown of the Perth and Peel regions.

“From what we can ascertain, she had only minimal contact with case 1022. Understandably, this is a concerning development,” Mr McGowan said.

The lockdown of Darwin, Palmerston and Litchfield was extended after the unrelated outbreak linked to an Alice Springs gold mine grew to seven cases.

The latest case is a Darwin man in his 50s. He was a close contact of someone who already had COVID.

“Those seven people are now being transferred to Howard Springs isolation and testing and considered high-risk contacts,” he said.

For the first time, there are COVID exposure sites in the NT.

Authorities remain most concerned about those sites and up to 150 close contacts from the mine outbreak. That prompted the decision to extend the snap lockdown until at least Friday.

‘It is absolutely necessary. The reality is we are not out of the woods yet. Not by a long way,” Mr Gunner said.

“The risk to the community has grown in the past 24 hours. We are now in an extremely critical period. We must stay locked down while we keep this virus trapped.”

Victoria tightened border rules on Monday, with police preparing to take a hardline stance on travellers sneaking south of the Murray River.

Some 260 officers have been stationed along the Victorian road border since Saturday, using automatic number plate recognition to check vehicles.

Victoria has effectively shut its border to current red zones in Sydney and surrounding areas, as well as greater Darwin.

Arrivals from those areas must be tested and isolate until they receive a negative result.

Victoria Police say they have already turned away 53 people – most for coming from a red zone – with just a warning.

“If there’s a need to escalate, we will escalate,” he said on Monday

“That discretion, that window period, is very rapidly closing. From here on in, you’re going to see much stricter enforcement.”

Masks have become compulsory in high-risk settings such as hospitals and aged care, while there are also new limits on venues.

Premier Steven Marshall said his state was in “an extraordinarily positive situation”, with no community spread, but needed to stay ahead of the virus.

“This has been a wake-up call for Australia,” he said.

“We are now at a critical point in the situation rolling out right across the country.”

Masks will become mandatory indoors in a host of south-eastern local government areas from 1am Tuesday, as the Premier warned a lockdown was touch and go.

“We are on the verge [of a lockdown], but we are monitoring very, very closely over the next 24 to 48 hours (whether) will we see any further community outbreaks in Queensland,” Annastacia Palaszczuk said.

“This is the Delta strain, you’ve seen how quickly it has escalated NSW over a period of about 10 days.

Queensland had two more community cases on Monday – one linked to the spread at the Portuguese Family Centre in Brisbane and a mine worker linked to the NT outbreak. Her infection was first reported on Sunday.