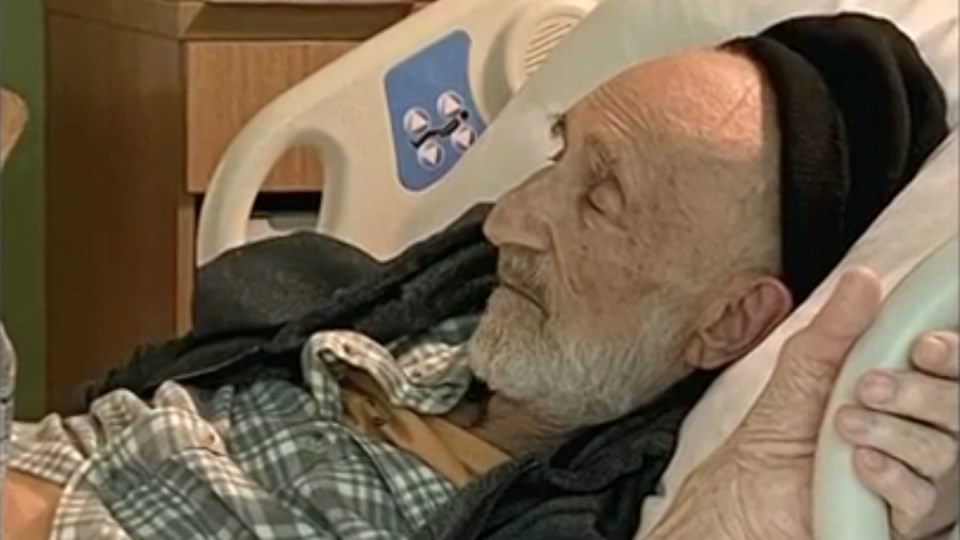 Frans Kilian is dying of pancreatic cancer in Queensland. His son and daughter-in-law are still in quarantine in NSW.

A dying man may get to see his son for the final time after the Queensland government foreshadowed the granting of a quarantine exemption, if NSW can show how his transport between states will be managed.

Frans Kilian, 80, is in hospital on the Gold Coast suffering from pancreatic cancer.

One of his sons Mark Kilian, and wife Anneli, are in Sydney completing the last seven days of their mandatory quarantine after rushing to Australia from Los Angeles.

Both are vaccinated and have had at least three coronavirus tests, which were negative.

“If [NSW] can provide [chief health officer] Dr Young with how they will safely be transferred from Sydney to the Gold Coast, we, of course, will do everything we can to facilitate the reunion with his father at the earliest convenience,” Premier Annastacia Palaszczuk said on Wednesday.

However, NSW Premier Gladys Berejiklian said it had already been made clear that her state had done everything it could to allow the reunion.

“At least a week ago our health minister spoke, and NSW made it clear there was no impediment for them to make that journey,” she said.

Ms Berejiklian did not clarify whether NSW would provide Queensland with additional assurances about potential travel arrangements to speed up the process.

The apparent progress on a quarantine exemption for Mark Kilian and his wife Anneli comes after Frans pleaded with Queensland Health to show compassion.

“Every day that they are in that hotel is a day less that I have with my son and daughter-in-law in my last days,” Frans Kilian said in a video appeal from his hospital bed.

“I’m asking you, begging you actually, to let my son and his wife leave their quarantine to come here to be with me. It is my dying wish. Please.”

Mark Kilian said there seemed to have been some buck-passing between Queensland and the Commonwealth.

He had received a letter from Prime Minister Scott Morrison expressing support but stating the federal government had no ability to affect state law.

“Meanwhile, the Premier of Queensland basically said the opposite, so it’s a little bit of a passing the buck situation,” he told Nine Network on Wednesday.

“To be locked in a room in Sydney when all it would take is just the show of compassion by two people in government; that could change the entire trajectory of a family’s experience of the last days of their father,” he said, referring to the Queensland premier and health minister.

In his letter, Mr Morrison wrote that “having farewelled my own father early last year, I know how important these times are to families”.

“I am disappointed the Queensland government has not found a workable and compassionate solution,” he said.

Mr Morrison said he did not have the authority to “step in and provide exemptions from hotel quarantine for travel into Queensland”.

Former Labor leader Bill Shorten said there must be a way to allow Mark and his wife to see Mr Kilian.

“I know that the Queensland and federal officials are in a bit of a no-win situation because if you say yes to this, then where do you draw the line,” Mr Shorten told Nine Network.

“But on the other hand, commonsense is commonsense. And I just want someone to be able to say goodbye to their parent.”