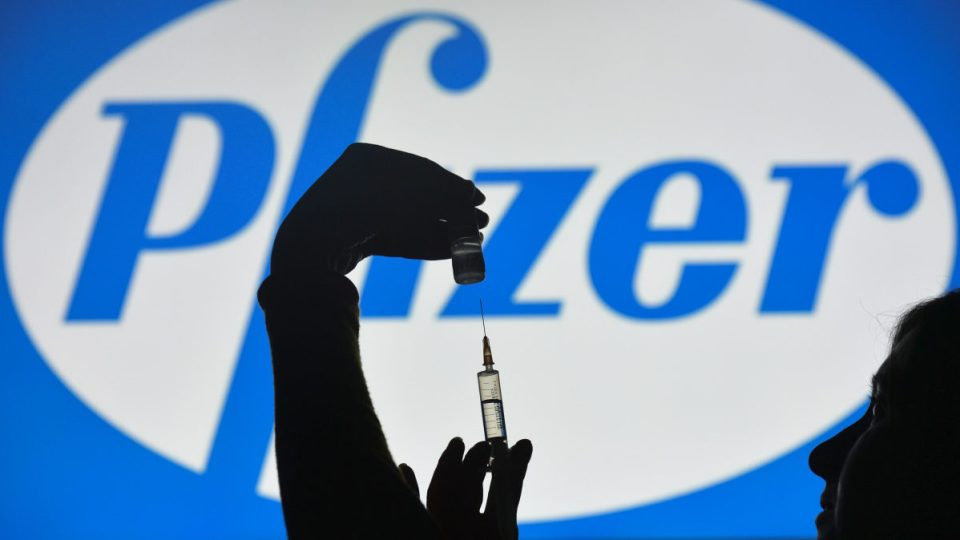 The federal government asked Pfizer if it would consider making its mRNA vaccines on-shore. Photo: Getty

The Morrison government’s vaccine rollout was thrown into chaos this week after the the Australian Technical Advisory Group on Immunisation (ATAGI) recommended the AstraZeneca vaccine only be given to those aged over 60.

Availability of vaccines has become a major issue across the nation as eligible Victorians were turned away from booking their Pfizer shots on Friday due to supply constraints.

But the government’s COVID-19 task force commander, John Frewen, said he was confident there were “sufficient Pfizer stocks” to adjust to the increased demand caused by the decision to raise the age limit for AstraZeneca.

“What we need from the Australian public is some patience, particularly in the 50-to-59 cohort, across the next couple of weeks as we get the bookings in place and we get those additional points of Pfizer availability in place,” Lieutenant General Frewen said.

“There isn’t any Pfizer,” Dr Moy told The New Daily.

“Those who are eligible and haven’t had their shots yet are going to have some delays obtaining them.”

“There is not enough Pfizer. The next three months in Australia are going to be very tight. We only have one vaccine for most of the population,” Professor Toole said.

Victoria’s recent decision to make COVID-19 vaccines available to everyone over 40 put a squeeze on the already limited supply of Pfizer doses, Dr Moy said.

This means many people who are eligible, some with chronic or serious illnesses, are currently missing out and could be waiting weeks for their first Pfizer shot.

GP clinics around the country are waiting on extra doses, which should arrive early next month in 1350 clinics and 120 respiratory clinics, Dr Moy said.

He stressed that those under 60 who have received their first AstraZeneca dose need to complete their immunisation and receive the second shot.

“It’s really important to make sure you get protection long-term. You have to get your second shot.”

Australia ‘falling behind in the vaccine race’

National Cabinet will meet on Monday to discuss the vaccine supply issues, with Prime Minister Scott Morrison due to return from the G7.

Both Victoria and New South Wales raised concerns over vaccine supply on Friday, with Victorian Acting Premier James Merlino saying Australia was “falling behind in the vaccine race”.

“That means that we will have, you know, a very large number of vaccines that are available in Australia,” Mr Hunt said on Friday.

If what Mr Hunt has promised comes through, Australia will be in a good position at the end of the year, Professor Toole said.

“We should be in a good place, in the fourth quarter of this year. But I’m worried about the next three months, which are winter,” he said.

“It’ll be a rough couple of months, particularly with these new variants. We saw (on Friday) how quickly it can spread through casual contact with the Myer case in Sydney.

Hotel quarantine is a key issue that should not be separated from the rollout, Professor Toole said.

“If we keep the virus out of the country the urgency is not so great, though we should all get vaccinated whenever we can,” he said.

“But if we allow it into the country through inadequate or inconsistent quarantine procedures, then we’re in trouble.”