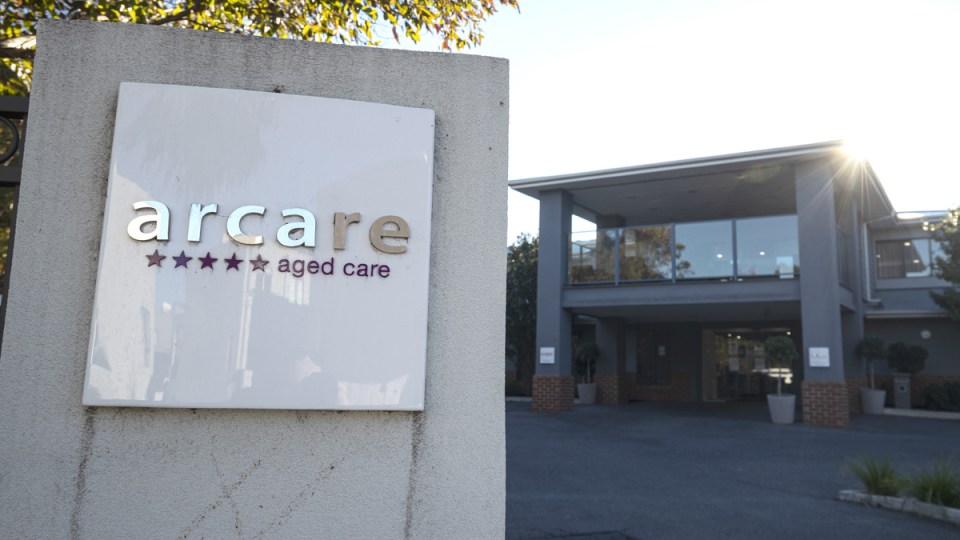 The COVID outbreak at Arcare Maidstone has grown to three, including one resident in her 90s. Photo: AAP

Authorities are worried the coronavirus outbreak spreading across Victoria will get worse before it gets better, with six additional cases confirmed on Monday.

The latest COVID infections were on top of five officially reported for Monday.

They came after the midnight cut-off for official data, and will be included in Tuesday’s numbers.

“The challenge ahead of us, is a very, very significant one. In the past 24 hours we identified many more points of concern in addition to the very worrying cases in private aged care. We are very concerned about the
number of other high-risk exposure sites,” Acting Premier James Merlino said.

“We are seeing a small number of cases infecting a large number of contacts. There is no doubt, the situation is incredibly serious.

“The next few days remain critical. I want to be very clear with everyone, this outbreak may well get worse before it gets better.”

The latest cases include:

Late on Monday afternoon, it was confirmed that a second resident at the Maidstone centre was being retested for the virus.

The latest confirmed infections take the outbreak that has shut down Victoria to 51 cases – with more than 4200 close contacts across nearly 300 exposure sites. Of the close contacts, 77 per cent have already returned negative tests.

Health Minister Martin Foley said authorities were particularly concerned about the spread of the virus in aged care.

At least three other nearby aged-care homes – BlueCross Western Gardens in Sunshine and the Royal Freemasons Footscray and Coppin Centre (also in Footscray) – were in lockdown on Monday after exposure to infected staff. Another home in Hawthorn, in Melbourne’s inner-east, was also reported to be locked down.

It came as it emerged that some aged-care staff had returned to working across several facilities.

More than 600 aged-care residents in Victoria died in 2020 during the state’s Victoria’s devastating second wave of COVID-19, which led to a 112-day lockdown.

The majority contracted the virus from staff, many of whom were working across multiple facilities.

“This is very serious position for our aged-care sector. The Victorian government is committed to working co-operatively with the private residential aged-care sector, with the Commonwealth, to get ahead of this,” Mr Foley said.

Mr Merlino said no staff from state-run aged-care facilities were working at more than one home.

“Public sector aged care – state responsibility – we have clear policies in place that has made sure workers don’t work across sites,” he said.

Testing rates have boomed in Victoria as the outbreak has grown, with more than 275,000 in the past week.

The seven-day “circuit-breaker” lockdown across Victoria is due to end at midnight on Thursday. But chief health officer Brett Sutton wouldn’t confirm plans, saying only that authorities are “neck and neck” with the virus.

“It is a day-by-day prospect but … it is concerning numbers and concerning settings,” he said.

“We’ve gone from a single case of the beginning of the month to 4200 primary close contacts. It has been a rapidly moving virus and the transmission that has occurred in those high-risk settings has been very substantial.

“With more numbers today coming through and those really concerning settings, especially in aged care, we are neck and neck with this virus and it is an absolute beast.”

State authorities continue to urge anyone who works in aged care to get tested for the virus, and to get vaccinated.

Only a third of Arcare Maidstone’s 110 staff and 53 of 76 residents have been vaccinated so far. More were expected to receive their first or second dose on Monday.

The first infected work had received a first dose but the second worker was “on personal leave” when vaccinations took place, and had not received a shot.

Arcare chief executive Colin Singh said the resident who has the virus had received one dose of the Pfizer vaccine.