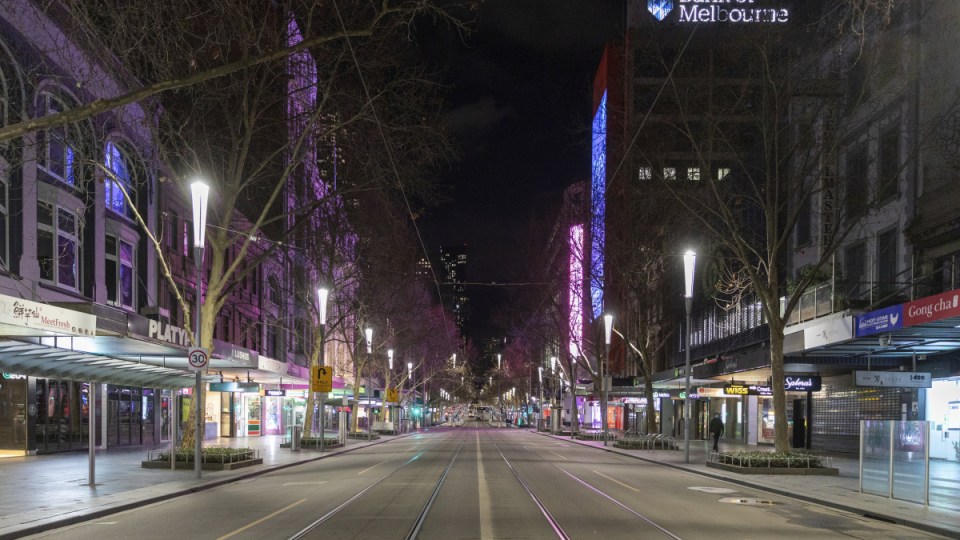 Melbourne wakes to its first day of a seven-day lockdown on Friday. Photo: AAP

Victorians are waking to their fourth lockdown in 15 months, once again sparked by hotel quarantine, but the state’s chief health officer said it was “absurd” to blame a failure of contact tracing.

More than 10,000 close contacts have been identified as the Melbourne cluster grew to 26 infections on Thursday, and virus detectives are racing to track everyone down.

The list of exposure sites also swelled to more than 100 locations.

The lockdown, seeded in a South Australian hotel, has again raised questions about the capability of Victoria’s contact tracing system, which was partially blamed for the state’s second 112-day lockdown.

It’s been reported that an urgent call-out has been issued to medical, nursing and allied health students to help with contact tracing, with an email sent to at least one university, The Australian reports on Friday.

Chief Health Officer Brett Sutton on Thursday said it was “absurd” to suggest contact tracing was failing while Acting Premier James Merlino said he had faith in the state’s contact tracing team but the virus was “running faster than we have ever recorded”.

The Victorian government and Federal opposition have instead channelled the blame towards the Morrison government for failing to provide an alternative to hotel quarantine which has been breeding Australia’s continual outbreaks.

The Melbourne outbreak is the 17th from hotel quarantine in the past six months, and experts have repeatedly called for dedicated facilities to take pressure off hotels that were built for tourism.

“If we had an alternative to hotel quarantine for this particular variant of concern, we would not be here today,” Mr Merlino said.

He also took aim at the federal government’s vaccine program.

“If we had the Commonwealth’s vaccine program effectively rolled out, we may well not be here today.”

Vaccines for people in their 40s

Health Minister Martin Foley said getting vaccinated was “really our only ticket out of this”  as all sides of politics and levels of government agreed on the urgent need for Australians – particularly vulnerable ones in Victoria – to get the jab.

From Friday, Victoria’s vaccine program will expand, with people over 40 eligible for the Pfizer jab.

Australia’s chief health officer also hinted that the national rollout could be changed to begin dosing those under 50, depending on the outcome of Victoria’s lockdown.

“That’s worth consideration,” he said. “We haven’t changed that approach, which has generally been for every person that has a first dose, a second dose is in reserve to give to them after three weeks. But let’s see how it goes over the next week in terms of cases and numbers.”

Epidemiologist Catherine Bennett, from Deakin University, writes that another way to speed things up would be to drop the phased approach to the vaccine rollout and allow all Australians over 16 to come forward.

Prime Minister Scott Morrison said Victoria had ample vaccine supplies, but another 130,000 doses would be sent to the state.

The focus has now turned to ensuring all aged care residents in the state receive their first COVID-19 vaccine dose by the end of the day.

At least nine facilities in the state are yet to receive any doses, and Mr Hunt revealed that prior to Thursday, 74 across the country were in the same situation. 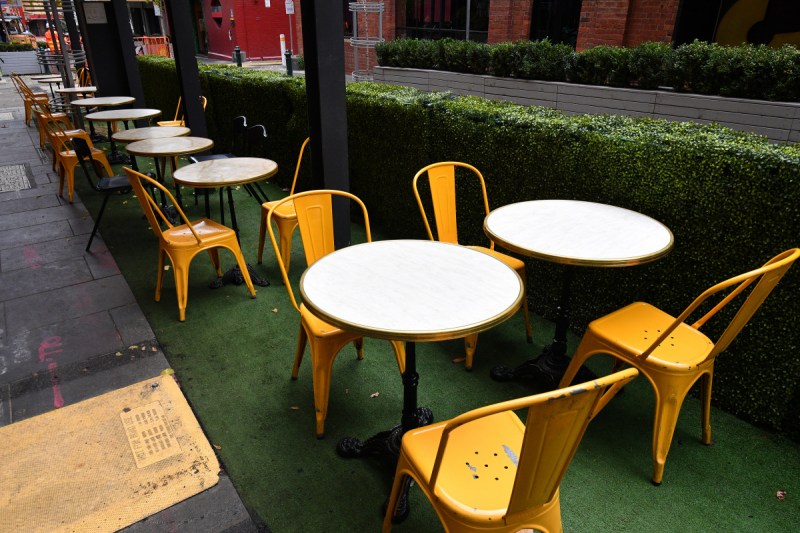 Victoria’s seven-day, statewide shutdown kicked in just before midnight on Thursday the City of Whittlesea outbreak.

People are now only able to leave home for five reasons – to shop for food and essential items, provide or receive care, exercise, work or study if they are unable to from home, and to get vaccinated.

Some people waited on hold for hours on the state’s coronavirus hotline to secure a booking on Thursday.

The health department said it was flooded with over 77,000 calls in a 15-minute window but “technical issues” had since been resolved.

Other all-too-familiar rules Victorians now find themselves living under include a five-kilometre travel limit for exercise and shopping, and compulsory use of masks both indoors and outdoors.

All non-essential retail is closed but essential stores like supermarkets, bottle shops and pharmacies will remain open, with shopping limited to one person per day, per household.

Cafes and restaurants can only offer takeaway.

Child care and kinder will stay open but schools have been forced to return to remote learning for most students, with state-run institutions given a pupil-free day on Friday to prepare for the switch.