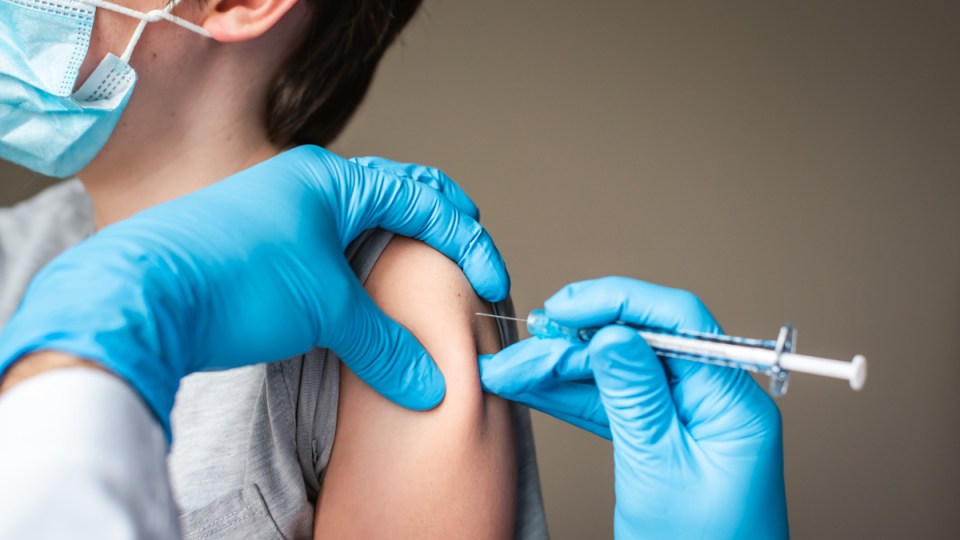 How do we reopen Australia safely, in a world of COVID-19? Photo: Getty

But health experts say we shouldn’t rely on it as a prerequisite for reopening the country.

Instead, we should be “more ambitious” and start planning how we are going to reopen, they said.

The Prime Minister raised the prospect of child COVID jabs being linked to the easing of restrictions for the first time on Sunday, even though none of Australia’s coronavirus jabs have yet been approved for children by the Therapeutic Goods Administration.

It raises further questions over when the federal government will feel comfortable opening up to the world, and over how many vaccine jabs may need to be delivered before then.

Mr Morrison, speaking in Gladstone in Queensland on Sunday, was asked about assumptions in the budget that said the vaccination rollout would be completed by the end of the year but international borders would not reopen until mid-2022.

“Even in that circumstance, you’re talking about many Australians, millions of Australians, who wouldn’t have been vaccinated,” he responded.

“Because A, they’re children or B, they’ve chosen not to be [vaccinated].”

The government has not yet cited a specific number or percentage of Australians they want to see vaccinated, only “as many as possible”.

Previous iterations of Australia’s vaccine rollout plan have not included children in the main phases, only noting that the 5.67 million people under the age of 18 would be jabbed “if recommended”.

The TGA has only approved the Pfizer jab for those over 16.

Meanwhile, the United States has recently approved the same Pfizer shot for those aged 12 and up.

If the federal government required another several million children to be vaccinated before allowing borders to reopen, it could potentially add months to the vaccine rollout.

Deakin University epidemiology chair Professor Catherine Bennett said vaccinating children would help slow down the virus, but we shouldn’t wait for that to happen before opening our international borders.

As long as we’ve vaccinated frontline workers, vulnerable Australians and people in high-risk workplaces like meat works, then “we can be in a strong position to contain the virus in the community,” she said.

“We’re not aiming for that magic herd immunity in the short term where the virus dies out completely,” she said.

“As long as we can slow it down, then we can snuff out those outbreaks before they reach vulnerable people.”

Part of reopening our borders may involve bringing in more people who have been vaccinated, or who are from low-risk countries like China.

“We could quarantine people who have variants of concern in purpose-built, safe quarantine facilities and we can manage others in hotel quarantine or at home, test them, and evaluate them based on risk,” she said.

“We should start to be more ambitious.”

“The problem is, we still don’t know what level of coverage will achieve herd immunity,” he said.

“We also don’t know how long the immune response from vaccines lasts for. The people who got vaccinated early on may find their immunity dropping after many months.”

But, he said, this should not be a reason for Australia to stay shut off from the rest of the world.

“There are probably more than 50 per cent of the population who have family, or loved ones or really close friends living overseas, because of where we all came from,” he said.

“The government needs to communicate clearly to the public how and on what basis it will make decisions about opening borders.

“It’s not like a big steel door that’s either opened or closed.

“It will depend on the circumstances with variants, and things like the duration of protection we get from vaccines.”