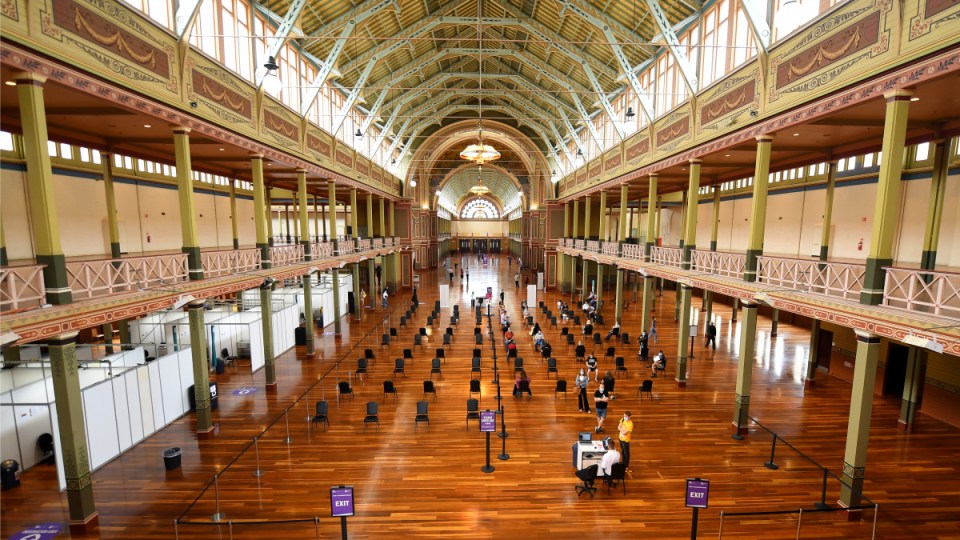 For the second time this week, national cabinet will meet on Thursday to discuss Australia’s troubled vaccine rollout – with an eye to both expanding and accelerating it.

Prime Minister Scott Morrison has asked to meet with state and territory leaders twice a week until the rollout is back on track.

This week’s meetings have been seen as an effort to reset and recalibrate the rollout, particularly factoring in the changes forced by updated health advice on the AstraZeneca vaccine, no longer recommended for people under 50.

On Monday, the leaders agreed in principle to bring forward stage 2A of the vaccine rollout, which would expand the doses to all Australians over the age of 50.

Mr Morrison had been pushing for the move, suggesting there are “strong, strong arguments” in favour of it.

But some are seeking assurances that adequate supplies are in place to go ahead with such a plan, without making it more difficult for those most vulnerable to access the vaccine.

Warnings to accelerate only if supply is secure

The rollout for those in Phase 1A and 1B is far from complete, with health officials telling a parliamentary inquiry they do not expect to be finished with the most vulnerable cohorts until mid-2021.

For those in residential disability care, the rollout is significantly behind where it was initially expected to be.

Ian Yates from the Council on the Ageing said issues with the rollout to those in Phase 1A must be dealt with before anything else.

He would support an early, expanded rollout if the vaccine supply was there to support it.

“I have no issue with with bringing on people over 50 depending on how the supply is going,” he said.

“But we would certainly want to make sure that people over the age of 70 living in the community have access.

“Now some people clearly do, but we are still getting a lot of feedback where GP’s just don’t have it, or have very small supplies.

“And people can’t even get their first appointment for six or eight weeks.”

Calls for a change in conversation in vaccine confidence

There are calls for national cabinet to try to better manage public discussion on vaccine safety.

The Australian Medical Association said the focus should not only be on the benefits to the individual from vaccination and protection from COVID-19, but also the responsibility to protect others through widespread vaccination.

Leanne Raven from Crohn’s and Colitis Australia said among the immunocompromised community there has been significant anxiety, particularly given Crohn’s is most common in those under 50.

“There are concerns around what type of vaccination people should be having, particularly where they’re under 50,” she said.

“Obviously if they can’t access Pfizer, that could be a problem.”

She said given the vulnerability of that community, they did want to see as quick a rollout as possible.

“The sooner we can get a really high vaccination rate in this country, the better,” she said.

“But obviously that depends on supply.”

Mass vaccination hubs are also on the agenda, with some states working on plans to establish the hubs, and Victoria already opening its own.