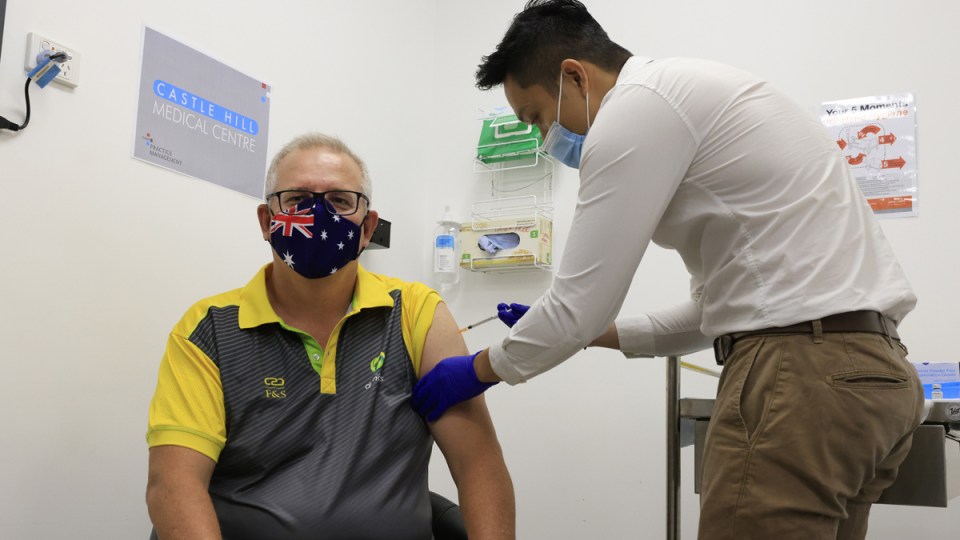 Australia has secured a further 20 million doses of Pfizer’s coronavirus vaccine, following a decision to abandon the AstraZeneca shots for much of the population.

The extra doses will be in Australia by late 2021 and will mean Australia has enough of the Pfizer vaccine for 20 million people.

“It is anticipated that these additional 20 million doses will be available in quarter four of this year … and we will obviously be doing everything we can to seek to move that forward where we can,” Mr Morrison said.

The extra order followed a late night for federal health authorities after The Australian Technical Advisory Group on Immunisation (ATAGI) ruled on Thursday that the AstraZeneca vaccine should not be given to people under 50 unless the “benefit clearly outweighs risk for that individual’s circumstances”.

The change in advice followed rare instances of blood clotting in some who have received their first AstraZeneca shot, including one 44-year-old Melbourne man.

Other nations, including Spain and Italy have also banned the use of the AstraZeneca vaccine for younger people. In Britain, where millions of doses of it have been administered, people under 30 are now being offered alternative shots.

The bombshell decision to restrict AstraZeneca to people over 50 in Australia threw into disarray the country’s national vaccination program. It had been heavily dependent on local supplies of the vaccine, and AstraZeneca’s is the only one that can so far be made here.

It was feared the issue would further delay the vaccination rollout past October, and mean lockdowns and the international border closure stretched into 2022.

In a hastily called media briefing late on Thursday, Mr Morrison said the vaccination program would have to be “recalibrated” over the weekend following the change. On Friday, following the Pfizer announcement, he said Australia had four deals to buy vaccines.

“Australia has entered into four separate agreements for the supply of COVID-19 vaccines and these include agreements with Pfizer, AstraZeneca, Novavax and COVAX,” he said.

“These agreements now total up to some 170 million doses.”

Mr Morrison was also keen to reassure Australians about AstraZeneca’s vaccine, which he said would continue to play a crucial role in vaccinating the nation’s most vulnerable people.

He repeatedly said there was “no ban or prohibition” on the vaccine and expected millions of Australians would receive it.

“The most vulnerable people in our community are not just over 50, they are actually a lot older than that,” Mr Morrison said.

“The AstraZeneca vaccine is well suited to address those critical vulnerable groups.”

Australia broke the one million-dose barrier on Friday – a week after the date the government had committed to administering four million jabs.

Health Minister Greg Hunt said more than 81,000 shots were given in the past 24 hours, the highest daily increase since the program started in late February.

So far, only a million of Australia’s original order of 20 million Pfizer doses have arrived here.

Australia bumps up its Pfizer vaccine order by 20m