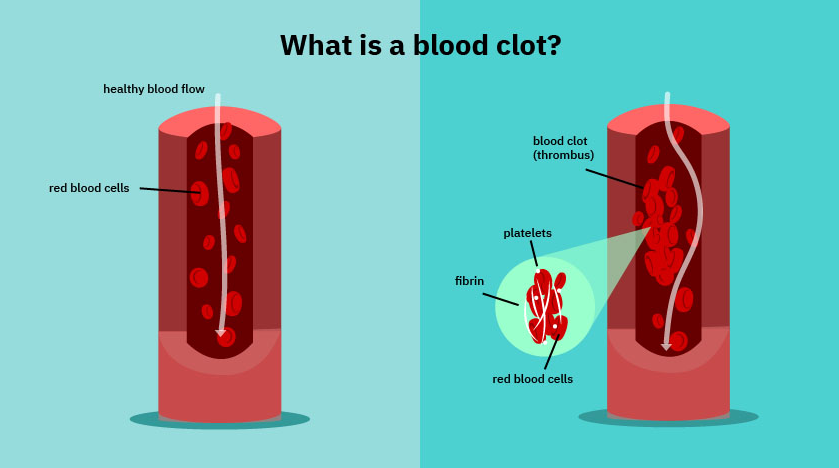 Physicians know how clots form. What they don't know is why the AstraZeneca jab appears to cause them. Graphic: UFMOhealth

Australia’s Deputy Chief Medical Officer says it is “likely” there is a link between the AstraZeneca vaccine and a Melbourne man being hospitalised with blood clots.

However, Professor Michael Kidd told media on Saturday there was currently no definitive evidence to prove the link.

“Given how consist of the clinical features are in this case, with some similar cases which have been seen overseas, it is likely that this case, which is reported, is related to the vaccine,” he said.

He said investigations were ongoing.

“I acknowledge that these reports lead to uncertainty and anxiety and we will continue to provide more information to you as soon as we have it available,” Professor Kidd said.

While investigations continue, both the TGA and the Australian Technical Advisory Group on Immunisation (ATAGI) have said no change to Australia’s vaccine rollout was needed.

“But safety is paramount, which is why ATAGI and the TGA continue to do due diligence on this case.

“We have not been advised at this time by ATAGI or the TGA to pause the rollout of the AstraZeneca vaccine in Australia.

“We continue to follow the medical advice of our national experts.”

The 44-year-old man in Melbourne received the AstraZeneca vaccine on March 22.

He was then admitted to Box Hill Hospital with what was described as a rare clotting disorder, thrombosis.