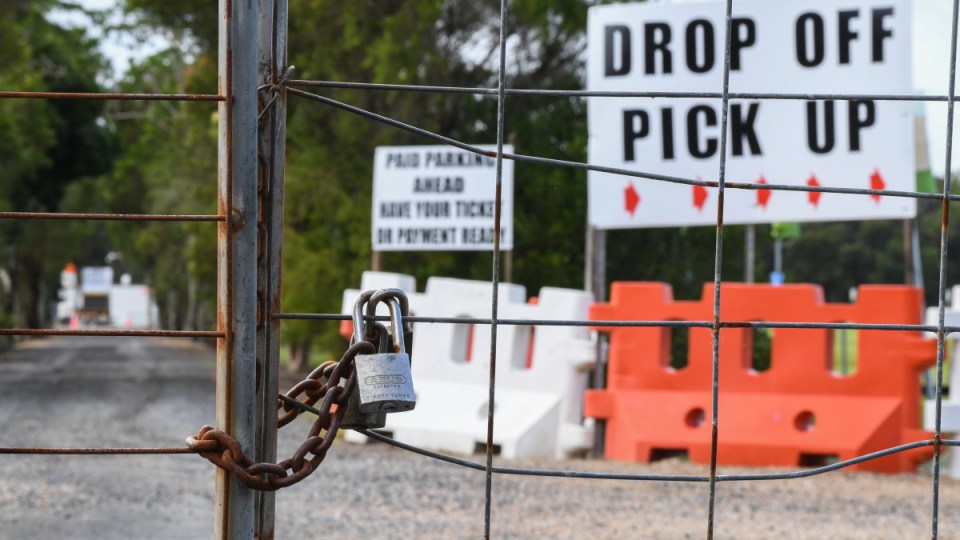 One of Queensland's last outbreaks, at Easter, spread to Bryon Bay, in northern NSW. Photo: Getty

Australians are being encouraged to travel over the Easter weekend and be reassured by the COVID-19 vaccine rollout, egged on by an end to Queensland’s lockdown.

Brisbane had just one new community case on Thursday, linked to one of the existing two clusters. Thursday’s upbeat news came after thousands of Queenslanders came forward for coronavirusw testing.

“That is good news for Queensland and Easter is good to go,” Ms Palaszczuk said on Thursday.

Deputy Prime Minister Michael McCormack urged Australians to make the most of the break.

“Do your patriotic duty, have a holiday on us,” he tweeted, spruiking subsidised flights to 15 regions.

Australians seem to respond to the deputy PM’s plea in their droves. Qantas executive Andrew Parker said the take-up on day one of the cut-price airfare scheme had been “phenomenal”, with 100,000 tickets already sold.

“20,000 fares sold between 12.01am-1am this morning and as, of lunchtime, 100,000 of these special fares now booked, with Cairns, Adelaide, Darwin, Hobart, Maroochydore and Gold Coast most popular,” he tweeted on Thursday.

Rival Virgin Australia said it was on track on Thursday for its biggest day of flight bookings since before the pandemic. Flight searches and bookings had both leapt 600 per cent in this week, it said.

Nine of the most 10 most popular routes booked on Thursday involved a Queensland airport (the remaining route was Melbourne to Darwin).

NSW had no new local infections on Thursday following official confirmation of one Byron Bay man who tested positive earlier in the week.

He is linked to one of the Brisbane clusters but was not included in official figures until Thursday.

NSW Health did issue alerts for more venues in the northern rivers region on Thursday.

Premier Gladys Berejiklian remained cautious, however, urging NSW residents in Ballina, Byron, Lismore and Tweed to stay in their local areas during the Easter period. But it’s not mandatory.

“It is a low risk, but they can unintentionally seed the virus in communities where the virus doesn’t exist,” she said.

But the stoush over the national supply of vaccine doses continues.

“We give out our figures every day and it would be great to see the Commonwealth do exactly the same,” Ms Palaszczuk said.

Federal Health Minister Greg Hunt is aiming for a target of 750,000 doses administered nationally by the end of Thursday as batches of Australian-made vials become available.

So far 670,000 vaccinations have been delivered, and Prime Minister Scott Morrison has promised the million-dose mark will be hit next week after ditching initial hopes of four million by now.

Ms Berejiklian warned without co-operation the federal government would miss its own October deadline for all Australians who want the vaccine to have had one dose.

“We have six million citizens that need to get the rollout,” she said.

“The Commonwealth has responsibility for the entire vaccine rollout, except for the 300,000 the NSW government has been asked to do.”

Labor leader Anthony Albanese said the Morrison government was “all smirk and mirrors” about Australia being at the front of the queue for vaccines.

“It has to accept responsibility for this and it has to get it right.”

Not backing down, Mr Littleproud said Queensland left vaccines in the rack and not in health workers’ arms.

“I won’t be lectured to by a man who was sacked as health minister and a government that was derelict in their duty of protecting their frontline health workers,” he said on Thursday.

She said only 56 of 186 aged care facilities that the Commonwealth planned to vaccinate in the outbreak area have had doses administered.

“The last thing I want to see is, just at the last hurdle – which is where we are, we’re rolling out the vaccine to every aged care facility – an outbreak and have a whole load of deaths,” Dr Young said.

Prisons and hospitals also remain out of bounds.

Revellers, musicians and local businesses have already taken a hit from the cancellation of Byron Bay’s popular Bluesfest after community transmission linked to the Brisbane clusters.

Bluesfest organisers said they were devastated to cancel the event.

“This is one of the most difficult statements I have ever had to make. We really wanted to be at the forefront of the return of live music at pre-COVID-19 level,” director Peter Noble said on Wednesday.

“We feel deeply for everybody affected, the fans, the artists, and the hard-working Bluesfest team.

“But in the end, the health of our community must come first.”

Ms Berejiklian said she hoped the Bluesfest cancellation was just a “postponement”, with talk the event could proceed later in 2021.

But Sydney’s Royal Easter Show is going ahead, after being cancelled in 2020.