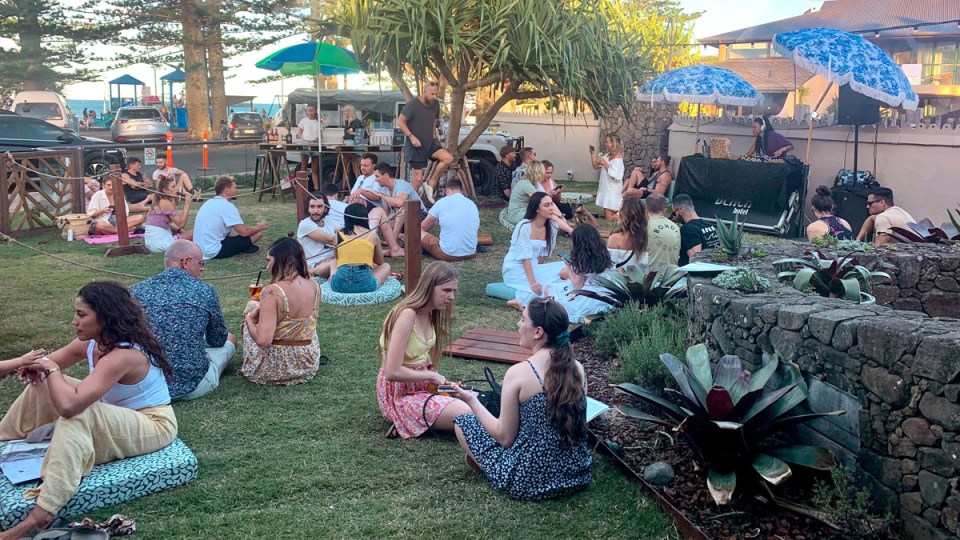 Venues in Bryon Bay and surrounding areas will face tighter rules over the Easter weekend after confirmation of the new virus infection.

Brisbane’s coronavirus outbreak has leapt state borders, with confirmation of a related infection in NSW.

The infected person is a man in his 20s who also attended the hen’s party in Byron Bay that is linked to one of the Queensland clusters.

Four northern NSW local government areas will be subject to extra COVID restrictions until at least the end of the Easter weekend as a result of the new case.

“We know through this one case of community transmission that there could be others.”

New rules will include tighter limits on visitors to private homes and more mandatory space for people in hospitality venues.

“The positive news in all of this is we’re not saying to businesses shut your doors, quite the opposite,” Ms Berejiklian said.

“We are saying you can keep your doors open but because of the risk that is there, we want you to be extra cautious.”

The outbreak traced to the hen’s party at the Byron Beach Hotel was sparked by an infected nurse and exotic dancer who were among those who attended. Six out of 10 immediate contacts had already tested positive.

Widespread anxiety in Byron Bay has sparked a surge in testing and a major music festival, Bluesfest, is due to go ahead this Easter weekend.

NSW Health has issued alerts for a host of venues after confirmation of the man’s infection. They are:

People who have visited these venues at the highlight times must get tested for the virus and isolate.

Two are related to the clusters in Brisbane that have sparked this week’s lockdown. The other is a returned overseas traveller.

“Fingers crossed we will be looking good for Easter,” she said.

If numbers stay low on Thursday, she is expected to announce the lifting of the greater Brisbane shutdown.