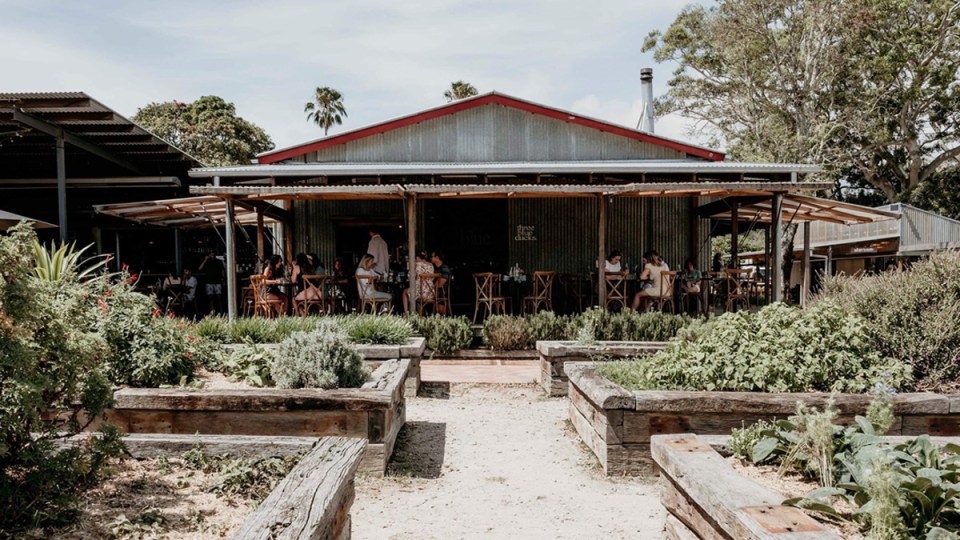 The Farm at Byron Bay is one of the venues caught up in the Brisbane coronavirus outbreak. Photo: Facebook

A Gold Coast aged-care home has been plunged into coronavirus alert after man who works as a tradie by day and a hen’s party “entertainer” out of hours worked on site.

The Gold Coast man was one of five confirmed cases in Brisbane’s second cluster announced on Tuesday.

He was part of a weekend hen’s party in Byron Bay also attended by a nurse and her sister, who were both were infectious with COVID-19.

“There are a further five cases that I’ve been informed of overnight linked to that nurse or her sister. They’re all linked cases, and they all attended a party together down in Byron Bay,” she said.

“One of the positive cases in that second cluster attended the hen’s party as an entertainer, and he came back and he lives in the Gold Coast and he works as a tradie, and he did go to an aged-care facility on the Gold Coast.

“Every resident in that aged-care facility has already been vaccinated, had their first dose. I haven’t got confirmation about whether any have received their second dose,” she said.

“The team down at the Gold Coast are organising to go to the facility today and vaccinate the staff of that facility.”

A letter provided to families on Monday by TriCare stated the man did not have contact with any residents at the aged care home while he was on site for two hours.

“The contractor left the site immediately after he was notified of being a close contact to a confirmed case,” the letter reads.

Queensland confirmed 10 new COVID-19 cases on Tuesday. Six were locally acquired, two in the community are under investigation and there were two more in hotel quarantine.

Chief health officer Dr Jeannette Young said two distinct clusters had emerged in the latest outbreak, which has plunged greater Brisbane into a lockdown until at least Thursday.

The first is related to a doctor at the Princess Alexandra Hospital while the second has been traced back to a nurse who worked in the COVID ward at the same hospital.

Both clusters are the highly contagious British variant of the coronavirus.

Dozens of exposure sites have been listed on the Queensland Health Department website shopping precincts in Gladstone.

NSW Health has also expanded its list of exposure sites in Byron Bay after the nurse and her sister spent the weekend in the northern NSW town for a hen’s party.

“Of course we want to get on top of this community transmission,” she said.

“The steps that we took to go into this lockdown, as you can see by those numbers of community transmission today, was absolutely the right call.”

“We’ve had a lot of people now out in the community, infectious, so that’s why we need this three-day lockdown to get on top of all of the contacts of all of these positive cases and work out where they have been,” she said.

“Having everyone in their home instead of out and about in the community just helps us get on top of all of the contacts and minimise the risk of further spread.”

Dr Young said she would mandate that anyone working with COVID-19 patients has to have had their first vaccine dose.

More than 41,000 frontline workers have received their first jab already, but only about 7000 are fully vaccinated.

Ms Palaszczuk said it was too early to say if Brisbane’s lockdown would end on Thursday afternoon.

“We just have to take this day by day,” she said.

“So far the fact that we have these cases that are linked is good news.

“Do we expect to see more cases – probably, probably we will see more.

“The big question will be whether or not we see unlinked community transmission.”