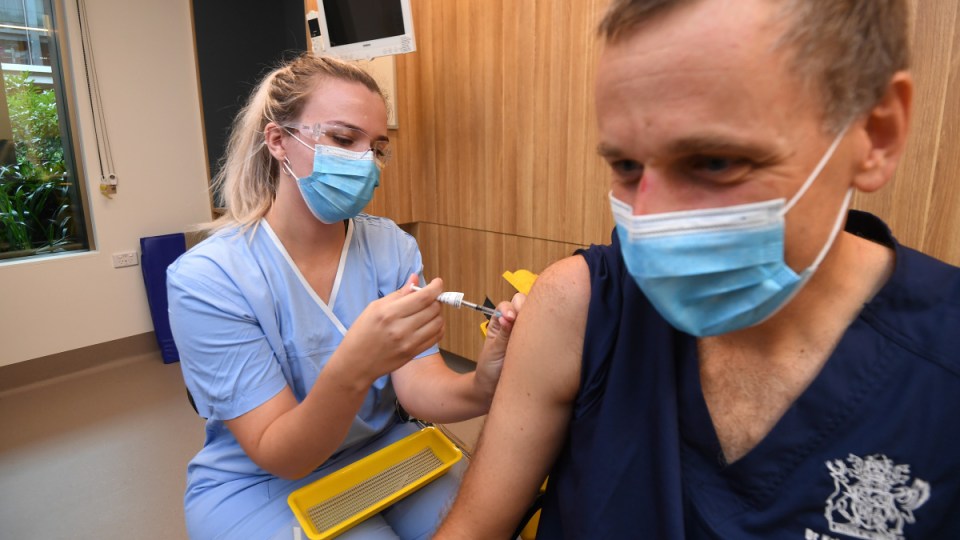 Territorians are rolling up their sleeves in record numbers to receive for the life-saving jab. Photo: AAP

More than half a million Australians have now been vaccinated against COVID-19, with the rollout boosted by the AstraZeneca vaccine manufactured in Melbourne.

The first of 50 million Australian-made AstraZeneca doses have been distributed and more will be on an ongoing basis, Health Minister Greg Hunt said.

He said the decision to produce the vaccine at CSL has ensured Australia is one of the few countries with “strong, clear” domestic supplies going forward.

More than 507,000 Australians had now been vaccinated as of Friday – 329,000 vaccines administered in state and territory vaccination clinics, 97,000 in general practices and more than 80,000 in aged care homes, Mr Hunt said.

“Our GP’s have played a vital role in this expansion and have not only been vaccinating over the week, but many practices are continuing to vaccinate on Saturday and Sunday this weekend,” he said in a statement on Sunday.

There has been debate over which of the two vaccines being used in Australia – Pfizer and the AstraZeneca – are more effective.

‘Take the first you are offered’

“One of the things I would say to people about the vaccines in Australia, take the first one you are offered,” Jane Halton, from the national COVID-19 commission, told Sky News’s Sunday agenda program.

“They are both going to do what we want them to do, which is to prevent severe disease and death.”

Ms Halton is also co-chair of the COVAX global coordination program that helps develop vaccines and ensures they are distributed around the world.

So far the program has helped to get 31 million doses to 57 countries and the objective this year is for two billion doses.

“Domestic governments have an obligation to protect their populations,” she said.

“What we can’t do is to have that done at the expense of the globe and vulnerable people right around the world.”

Meanwhile, health authorities in Queensland are scrambling to track down all contacts of two Brisbane friends who tested positive for coronavirus, amid fresh concerns about the outbreak growing.

A week out from Easter, Queensland Health revealed on Saturday night one of the men, aged 26, held a house party while he was waiting on his test result, despite instructions to self-isolate.

Initially reported as involving 25 guests at the Strathpine gathering, health authorities have since trimmed that number to just three – the man, his housemate and a single guest.

Queensland Health are also tracking down people who may have come into contact with the men at 24 exposure sites, and asking them to isolate and get tested.

The potential for an outbreak has sparked a lockdown of hospitals, aged care facilities, prisons and disability services providers in the Brisbane City and Moreton Bay council areas.

NSW, Victoria and the ACT have also declared those two council areas as hotspots and all travellers arriving from there must self-isolate and get tested upon arrival.

Western Australia is requiring all visitors from Queensland to self-isolate for 14 days, with the new directions also applying to those who arrived from Queensland earlier on Saturday.

Tasmania is only warning Brisbane and Moreton Bay travellers to get tested if they become ill, while South Australia and the Northern Territory have not changed their travel rules.