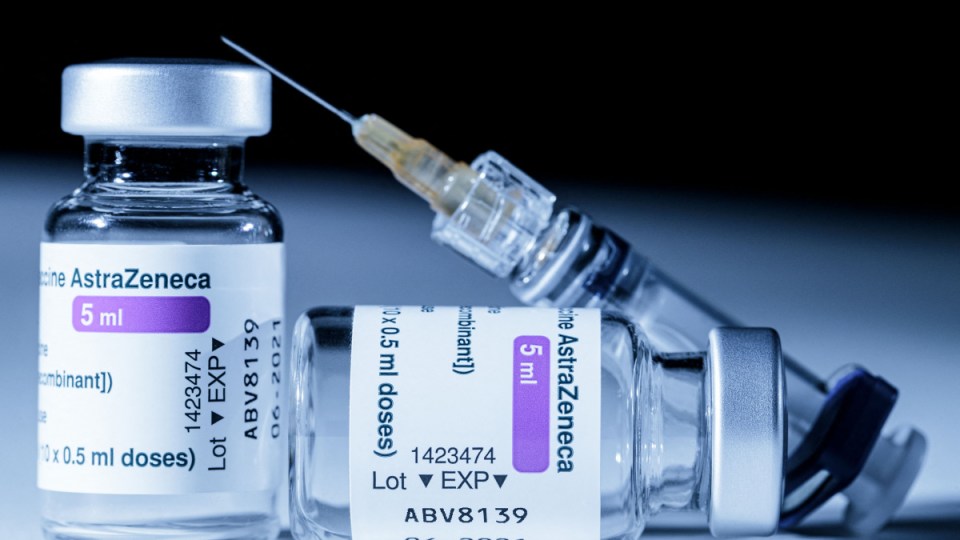 The AstraZeneca vaccine rollout has been rocked by controversy. Photo: Getty

As another pandemic wave staggers Europe, the Continent’s top drug regulator said Thursday that the AstraZeneca vaccine was safe, hoping to allay fears of possible side effects from a shot that is a vital weapon in the anti-coronavirus arsenal, and prompt more than a dozen countries to resume using it.

But the regulator, the European Medicines Agency, said a new warning label would be added to the vaccine so that people in the medical community could be on the lookout for a potential rare complication leading to blood clots and bleeding in the brain.

Despite reports of a small number of cases of dangerous blood clots in people who had received the vaccine, a review of millions of cases found that it does not increase the overall risk of clots, though “there are still some uncertainties,” said Dr. Sabine Straus, who heads the agency’s risk assessment committee.

The EMA, an arm of the European Union, signaled that even if that threat proves to be real, it is a small one, and the AstraZeneca shot, like many other drugs considered effective and safe, will prevent vastly more illness and death than it might cause – the same message conveyed by the World Health Organization and independent experts.

Officials want to bolster confidence in a crucial vaccine, and in a stumbling European inoculation campaign that has fueled mistrust of governments across the continent.

The stakes are enormous: Even as it recedes in the United States and elsewhere, the virus is once again on the rise in Europe, killing more than 20,000 people per week, filling hospitals and prolonging the economic suffering from shutdowns. The WHO said Thursday that Europe was not inoculating people quickly enough to slow transmission, new infections had risen for three straight weeks, and more people in the region were dying from COVID-19 than a year ago.

Trust in the AstraZeneca vaccine is essential to fighting the pandemic worldwide. The shot, more easily stored and less expensive than Pfizer’s or Moderna’s, and sold for now without the goal of earning a profit, is a keystone of the WHO’s effort to inoculate poor and middle-income countries.

Last week and early this week, several European countries suspended use of the AstraZeneca vaccine, a pause that, however brief, threatens lingering consequences both on that continent, which is struggling to contain a new wave of infection, and around the world.

“This is a safe and effective vaccine,” said Emer Cooke, the head of the European regulator.

Within hours, Germany, Italy, France and Spain said they would promptly resume using it, though Norway said it would await further study. A fearful public may not be easily reassured.

“I haven’t decided yet whether I am going to get vaccinated or not,” said Giada Pietrolillo, a kindergarten teacher in Calabria, at the southern tip of Italy. “I am not sure I trust anyone anymore.”

While the vast majority of the roughly 20 million people in Europe who have received the AstraZeneca shot suffered no serious side effects, Straus said, there were a handful of troubling cases of cerebral venous thrombosis, blood clots in the brain that lead to hemorrhages, in patients who also had low platelet counts. The evidence, she said, is not conclusive as to whether it is related to the vaccine

The officials said they hoped a clear statement on the safety of the vaccine would calm anxious governments and their populations at a particularly precarious moment in the pandemic.

AstraZeneca has said that a review of 17 million people who received the vaccine found they were less likely than others to develop dangerous clots.

The leaders of the nations, mostly in Europe, that paused its use earlier this week framed their decision as a move to reassure the public that all concerns were being treated seriously.

Despite their differences, all the vaccines approved by Western regulators have shown themselves to be remarkably effective at reducing severe illness and death. And though the AstraZeneca vaccine accounts for less than 20 per cent of the hundreds of millions of doses ordered by the European Union, it was a critical part of early rollout plans.

With infections again on the rise in many European countries, the cost of delay may be measured in lives.

This week, more people are on ventilators in hospitals in Poland than at any time in the pandemic, leading officials to reimpose national restrictions, starting Saturday. Italy has reimposed lockdowns in the hopes of limiting outbreaks. Across the continent, there is rising concern about the spread of variants of the virus.

In Paris, the head of public hospitals in the capital region said that the situation was increasingly dire and that authorities were struggling to find enough beds in intensive care units.

President Emmanuel Macron of France said Wednesday: “We are living through the hardest weeks now. We know it.”

The hope had been that, by this time, vaccinations would allow governments to avoid reimposing the often draconian restrictions that have been a part of life across Europe for the past year.

The suspensions of the AstraZeneca vaccine underscored how even relatively minor disruptions could have outsize impact as the global supply remains exceedingly tight.

“Demand outstrips supply to such a large degree right now, even the slightest hiccup is felt keenly,” said Andrea Taylor, assistant director at Duke University’s Global Health Innovation Center. “There is no slack in the system.”

Both vaccine makers and governments, she said, have repeatedly offered optimistic projections that do not factor in hitches in the production process.

“They seem surprised every time a production problem causes a slowdown in delivery, as though that is a wholly unexpected event.” she said. “It shouldn’t be.”

Few countries in the world find themselves in the enviable position of the United States – which has secured more than enough doses for every person in the country. The Biden administration said Thursday that it would send millions of doses of the AstraZeneca vaccine, which has yet to be authorized by the Food and Drug Administration, to Mexico and Canada.

As Europe resumes AstraZeneca jabs, the pause has come at a cost