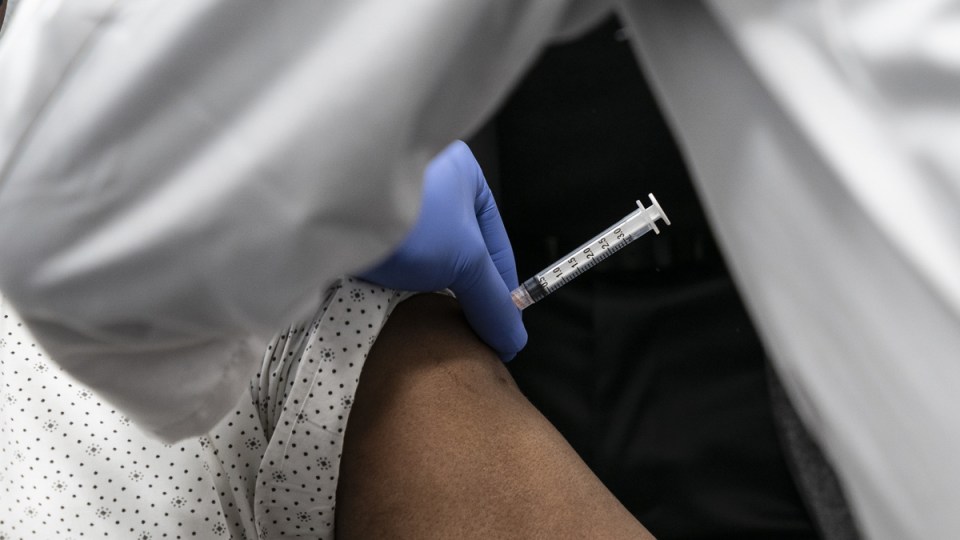 Health Minister Greg Hunt says he expected some confusion on the first day of the expanded rollout.

Australia’s doctors have called for calm after clinics across the country were inundated with calls from patients keen to get a COVID shot on Wednesday.

There were widespread reports of GP clinics being overwhelmed by inquiries from “impatient” people trying to book vaccination appointments after the federal government expanded the program to millions more Australians.

The government’s COVID vaccine booking website crashed, with other problems in the system taking health workers by surprise amid the flood of sudden demand.

It came after the government released details of the first clinics to deliver the AstraZeneca vaccination.

From Monday, more than 1000 clinics will deliver the vaccine as part of phase 1B of the vaccination program. It targets people aged over 70, emergency workers and a range of other vulnerable groups.

By the end of April, the number of clinics will rise to 4000 clinics as part of the rollout’s next phase.

On Thursday, the Royal Australian College of General Practitioners pleaded with patients not to take their frustrations out on health workers.

RACGP President Dr Karen Price said Wednesday was “a very difficult day” for surgeries, partly because of deficiencies in the online booking system.

“It is clear from the phone calls being made to general practice that the government … needs to better communicate with the community on the vaccine rollout process, and not build unrealistic expectations, particularly at this early stage,” Dr Price said.

GPs also needed assurances about the supply chain of doses well ahead of time so they could match the demand with supply, staffing and practice logistics, she said.

Federal Health Minister Greg Hunt has defended the expanded rollout, and disagreed that there were problems with the website’s eligibility checker and clinic finder function.

“On day one there was always going to be an initial surge and initial demand,” he told ABC radio on Thursday morning.

“I think what we should be thankful for is that the public is engaged in the vaccination program.”

He said about 243,000 people had used the eligibility tracker on the Health Department’s website on Wednesday.

Mr Hunt said the clinics would take “all comers” and each distribute more than 1000 jabs a week.

Mr Hunt conceded smaller general practices would need to focus on their own patients before expanding to others.

“But the Commonwealth vaccination clinics that are coming online today will take all patients,” he told ABC radio on Thursday.

Meanwhile, Australia’s medicines regulator said there were no specific problems around either of the country’s two approved COVID-19 vaccines, as GPs gear up for the next phase of the rollout.

The Therapeutic Goods Administration said it had received 19 reports of anaphylaxis – a form of allergic reaction – nationally. Of those, 14 were from the Pfizer vaccine and five from the AstraZeneca vaccine, including four in Queensland this week.

As of March 15, the TGA had received no reports of blood clots following the use of the AstraZeneca vaccine, which at least 17 countries are investigating while suspending or delaying the vaccine’s use.

“We certainly don’t believe there is any specific problem around either AstraZeneca or Pfizer COVID vaccines,” the TGA’s Professor John Skerritt said.

The TGA has examined the four Queensland cases of anaphylaxis, which related to vaccines from a single batch.

“TGA testing of the batch prior to release confirmed that it was compliant with all requirements,” Professor Skerritt said.

“This particular batch of AstraZeneca vaccine has been used extensively across the country with only one other suspected case of anaphylaxis across the entire nation.”