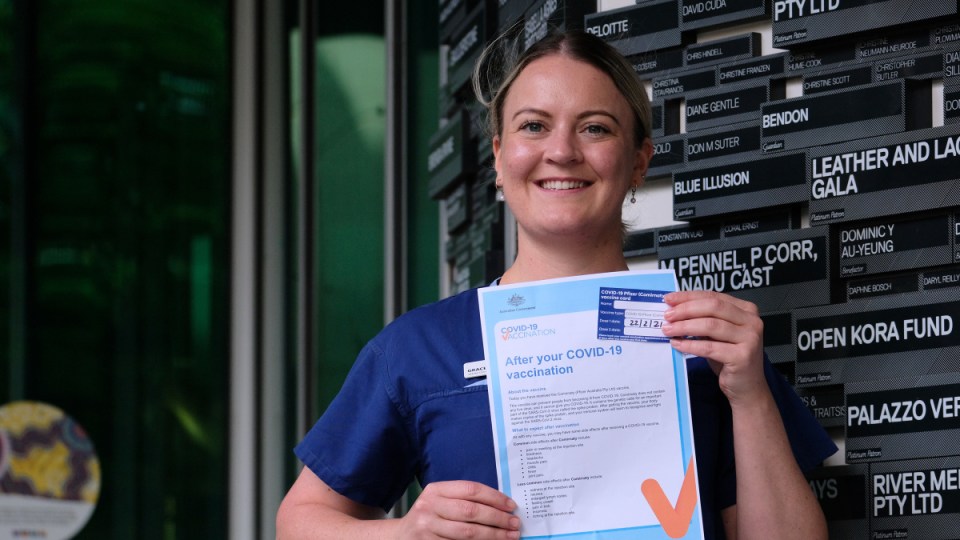 Victoria’s COVID-19 vaccinations are rolling out slowly, with less than a third of the supplied doses being administered.

According to federal figures, only 30 per cent of Victoria’s doses were injected in the first week of the vaccination program.

It comes as Victoria had a fourth consecutive day without any new cases.

By contrast, 74 per cent of NSW’s doses were administered by Sunday.

On Monday, Victorian Health Minister Martin Foley called on the federal government to be more transparent about its rollout, as the state ramps up its regional vaccination program.

“We just think there’s a bit of a need for the Commonwealth to share more information, to be a bit more transparent,” Mr Foley said.

His comments came after revelations a handful of people had been given the wrong dose of the vaccine at an aged care home in Brisbane.

In a separate incident in Victoria, vials of the Pfizer vaccine had to be thrown out after it could not be confirmed they had been stored at the correct temperature.

“We were quite disturbed to hear that there had been cold chain breaches that saw this very precious Pfizer vaccine essentially wasted,” Mr Foley said.

The comments were echoed by NSW Premier Gladys Berejiklian, despite her state’s faster progress.

She said NSW was “well on track” to reach its target of 35,000 vaccines administered in the first three weeks, involving frontline workers and hotel quarantine staff.

But she pleaded with the federal government to pass on “as soon as possible” how many doses of the AstraZeneca vaccine would be delivered to NSW. The first 300,000 of those jabs landed in Australia on Sunday, and they are expected to start being administered from March 8.

“Our teams are ready and willing to step up and increase our capacity but we need to know exactly how many doses we are getting beyond week four,” Ms Berejiklian said.

“We would need as much information as possible to prepare and scale up so we do have the capacity to provide more vaccines to our citizens than we anticipated.”

On Monday, the Victorian government launched vaccination hubs in Bendigo and Ballarat.

There are six hubs operating in Melbourne and regional Victoria, providing the vaccine to hotel quarantine workers, airport staff, and frontline health staff.

“We look forward to steadily increasing that rate. But it’s important to do it in a careful way,” he said.

The minister said SA took delivery of 4000 doses last week and expected its remaining 8000 to arrive in two separate deliveries in coming days.