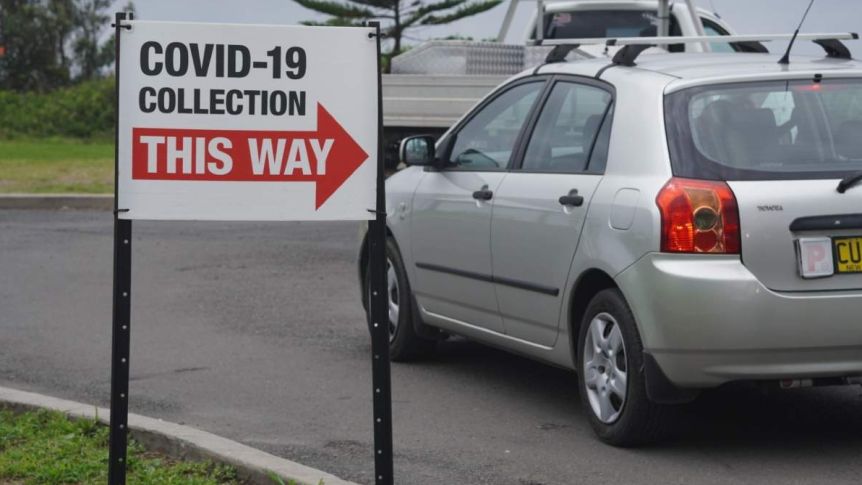 Wollongong residents have turned out in force at COVID-19 testing centres after a returned overseas traveller was confirmed positive two days after finishing mandatory hotel quarantine.

Some of the newly opened pop-up clinics in the city’s northern suburbs had queues of more than a kilometre on Monday, with hundreds of people being processed each hour.

The returned traveller had no symptoms and was tested as part of a recently introduced day-16 follow up.

Meanwhile, on Monday NSW recorded its 22nd day of zero local COVID-19 cases after more than 11,000 tests were conducted in the 24 hours to 8pm Sunday.

Local MP and opposition health spokesman Ryan Park said it was a major concern that the returned traveller tested positive at the 16-day mark.

He called for quarantine measures to be urgently reviewed and for the government to consider a third week of isolation for returned travellers.

“We were always under the impression that 14 days was the incubation period but it’s now quite obvious that NSW government will have to look at when they do additional testing,” he said.

The person’s close contacts have already been identified and are in self-isolation.

Investigations so far suggest the person was infected overseas, and there is no indication at this stage of transmission in hotel quarantine.

Epidemiologist Nancy Baxter, head of Population and Global Health at Melbourne University, said it was extremely rare to develop COVID-19 after 14 days.

“Almost everybody will develop it within 14 days.

“But they have found some very small number of people that developed COVID-19 after that time period.

“There is always a question of whether that person had another exposure, or whether it was due to the original exposure.”

Professor Baxter believed there was a strong possibility the person contracted COVID-19 from another traveller while in hotel quarantine.

“If you had to bet on this, the bet would be that this was picked up in hotel quarantine versus this was just a very rare case of an extremely long incubation period of COVID-19.”

She echoed previous calls from epidemiologists for the hotel quarantine system in Australia to be re-evaluated.

“If ventilation and airflow is not adequate in a hotel, we should not be maintaining people in that hotel, we should break whatever contract is there with that quarantine hotel and just move people out of there,” Professor Baxter said.

NSW Health has asked anyone who visited the following venues at the times listed to get tested and self-isolate until they receive further advice.

People who attended the following venues at the times listed are considered casual contacts. NSW Health says they must get tested immediately and self-isolate until they get a negative result.

Anyone who attended the following venues at the times listed are urged to monitor their symptoms.