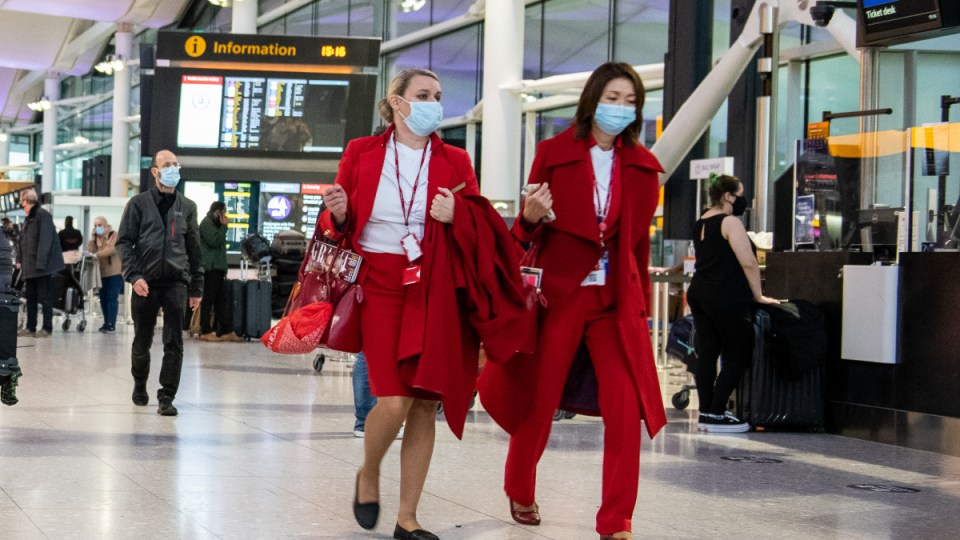 Some 40 per cent say those vaccinated against COVID-19 should be free to depart Australia. Photo: Getty

Britain has announced new measures to reduce travel in and out of the country, hoping that by tightening its borders it can reduce the risk of new variants of the coronavirus spreading and putting its vaccination program at risk.

Travellers arriving in Britain from high-risk COVID-19 countries will have to quarantine for 10 days in government-provided accommodation while those wishing to leave will need to explain why in a process checked before departure, Interior Minister Priti Patel said on Wednesday.

Further details on the “managed isolation process” – where people quarantine in hotels, as has been mandatory in Australia since March 2020 – would be provided next week, she said.

There will also be more police checks on arrivals from elsewhere.

“It is clear that there are still too many people coming in and out of our country each day,” she told parliament.

Ms Patel said the list of travel exemptions would also be urgently reviewed to crack down on movements and ensure only those people with exceptional reasons go abroad.

More restrictions will mean further pain for airlines and the travel industry at a time when many companies are struggling after 11 months of the pandemic.

“We can only help connect the UK to the world – and deliver the Global Britain agenda that is so important to our future prosperity – if we have a viable airlines sector,” chief executive Tim Alderslade said.

Prime Minister Boris Johnson indicated on Wednesday that the coronavirus lockdown in England would last until at least March 8 as he ruled out any imminent return to school for most students.

He said Britain remained in a “perilous situation” with more than 37,000 patients hospitalised with COVID-19, nearly twice as many as during the country’s previous peak in April.

While dashing hopes of a return to classrooms after a mid-February school break, Mr Johnson cautioned that the March 8 target was an aspiration dependent on progress on the vaccination front and ongoing reductions in the prevalence of the virus in the community.

He said a “roadmap” for the “gradual and phased” easing of the lockdown would be unveiled in the week beginning February 22.

“The first sign of normality beginning to return should be pupils going back to their classrooms,” he said.