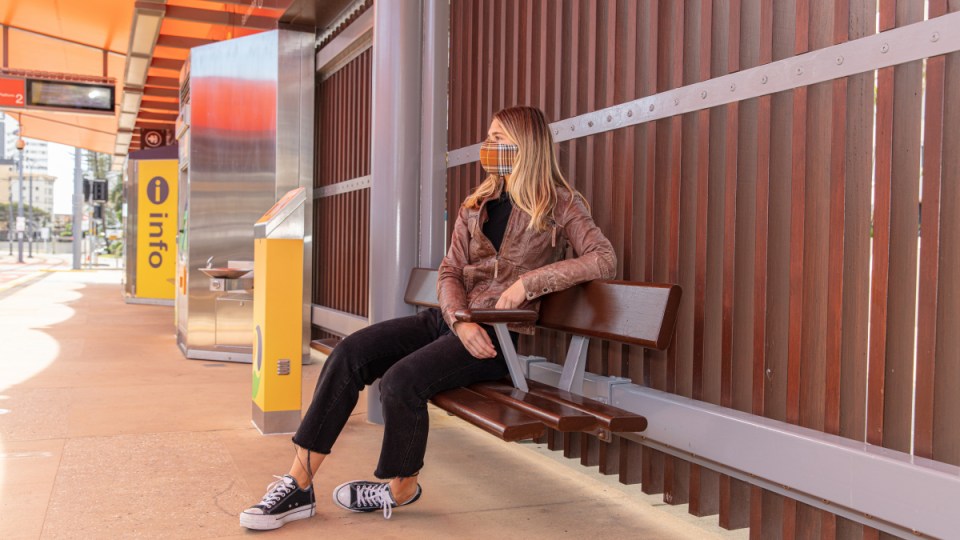 Restrictions are easing in Queensland from Friday. Photo: Getty

Queenslanders rejoice! The Greater Brisbane area will soon regain some freedoms, with Premier Annastacia Palaszczuk confirming coronavirus restrictions will be scaled back as of Friday morning at 1am.

It came as Australia recorded another day without any new coronavirus cases in the community, though some states detected cases in hotel quarantine.

The Premier has tweeted a list of the restrictions to be eased, including an end to mandatory mask wearing indoors, with Queensland health authorities recording just one new case in hotel quarantine.

Gathering restrictions have also been eased, meaning 200 people will be allowed to attend weddings and funerals and dancing will be again be on the cards.

It also means that 50 people will now be allowed to go to gatherings in private homes.

Dubbed the “road map for all Queenslanders” by the state Premier, the list also includes changes for cafés, restaurants and licensed premises.

Ms Palaszczuk explained some of the changes at a press conference on Thursday morning, saying the continued zero days would bring the state back to its December roadmap.

“So this is wonderful news today and, look, can I sincerely thank the people of Greater Brisbane in those local government areas of Brisbane, Logan, Ipswich, Redlands and Moreton, you have done an absolutely terrific job.

“And because of that, it means that the masks also can come off except, of course, where National Cabinet has mandated that the masks must be worn in our airports and on planes.”

Queensland’s chief health officer Jeanette Young said it had been 14 days since the last case related to the Greater Brisbane cluster went into quarantine.

“So that is really good. We did see those three initial cases all transmit to their closest contacts so that gives evidence that this is a particularly infectious strain,” Dr Young said.

“So we saw that but we haven’t seen any further spread which is fantastic.”

NSW holds out on easing restrictions

Meanwhile, New South Wales has recorded its fourth consecutive day without a locally-acquired COVID-19 case, but health authorities are still pushing for an uptick in testing numbers before restrictions are eased.

The tally came from just over 12200 tests – lower than would have otherwise been the case due to a minor IT delay on 6000 negative tests.

NSW Health’s Dr Jeremy McAnulty continued to implore the state’s residents to get tested if they suffer even minor respiratory symptoms.

“High testing rates help reveal cases that would otherwise go undetected. Every person who gets tested is not only helping to protect others in the community, but they are also playing an important role in helping to contain the spread of COVID-19,” Dr McAnulty said.

On Wednesday, Premier Gladys Berejiklian promised to ease restrictions in a week’s time, if all goes well until then.

“Please know that if things continue the way they are, by this time next week there will certainly be decisions made around getting us as close as possible to pre-Avalon conditions,” Ms Berejiklian said.

Masks are likely to remain compulsory on public transport, however, to give people the confidence they need to return to work safely.

December’s Avalon outbreak caused the government to clamp down on numbers for both indoor and outdoor gatherings in Greater Sydney, the Central Coast and Wollongong, as well as weddings and funerals.

Greater Sydney, Central Coast and Wollongong residents have also had to wear masks indoors when out of the home for the past few weeks.

“This is the last weekend you’ll have to go through before there’ll be some relief,” Ms Berejiklian promised aspiring brides and grooms.

Victoria has recorded a 15th day without a locally acquired case of COVID-19, though one person in hotel quarantine has tested positive for the virus.

It comes after 20,070 tests were processed in the 24 hours to Thursday morning.

It is unclear if the new case is related to the Australian Open.

Emergency Services Minister Lisa Neville said on Wednesday there were three cases linked to the Australian Open that would be included in Thursday’s figures.

She did, however, foreshadow they could be reclassified as non-infectious shedding.

Premier Daniel Andrews will likely confirm whether those cases have been reclassified when he addresses the media on Thursday morning.

There have been seven COVID-19 cases linked to the contingent of 1200 tennis players, support staff and officials in Melbourne for the Australian Open, which begins on February 8.

Tennis Australia has admitted tournament director Craig Tiley incorrectly suggested the Victorian government would stump up some of the costs to quarantine Australian Open arrivals.

Late on Wednesday, the tennis body clarified it was responsible for footing the spiralling bill – estimated at $40 million – to quarantine 1200 international players, support staff and officials in three Melbourne hotels.