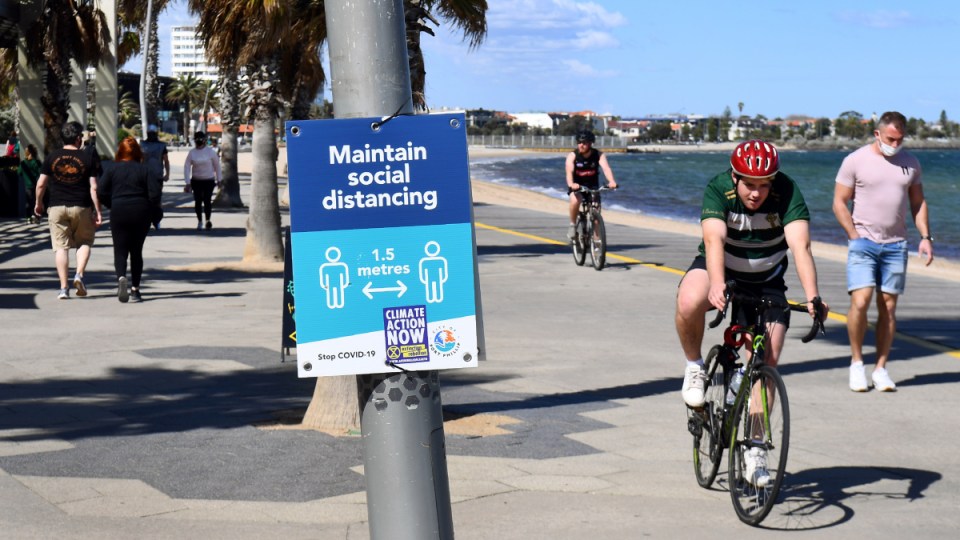 Victorians have worked hard to stop the spread of coronavirus. Photo: Getty

Victoria has chalked up two weeks without a locally acquired case of COVID-19, although three more people in hotel quarantine have tested positive to the virus.

It is unclear if the three new cases are associated with the contingent in town ahead of the Australian Open, which begins on February 8.

Two unnamed players and another person connected to the tournament were among four new coronavirus cases reported in Victorian quarantine on Tuesday.

One was a woman in her 20s and the other two were men in their 30s.

A total of 72 players have been forced into 14 days of hard lockdown after being deemed close contacts of positive cases on three charter flights into Melbourne from Abu Dhabi, Doha and Los Angeles.

Victoria’s chief health officer Brett Sutton revealed two previously reported cases, a man in his 30s and another in his 50s, had been reclassified after evidence of previous infection.

It dropped the number of cases linked to the grand slam contingent to seven, with Victoria’s health department investigating if others can also be reclassified.

But the locked-down players are still unable to leave their hotel rooms for training, unlike their fellow competitors who arrived on flights with a clean bill of health.

“This does not change broader assessment of the player group in hotel quarantine,” Professor Sutton said in a statement on Tuesday afternoon.

“As yet, none of the three affected flights have been cleared as a result of the two reclassified cases.”

Professor Sutton said the virus could still be incubating in some of the 1200 people who landed in Melbourne for the Australian Open from Thursday to Saturday.

There are currently 34 active COVID-19 cases in Victoria, no increase on Tuesday.

Victoria checks off two weeks with no community virus cases