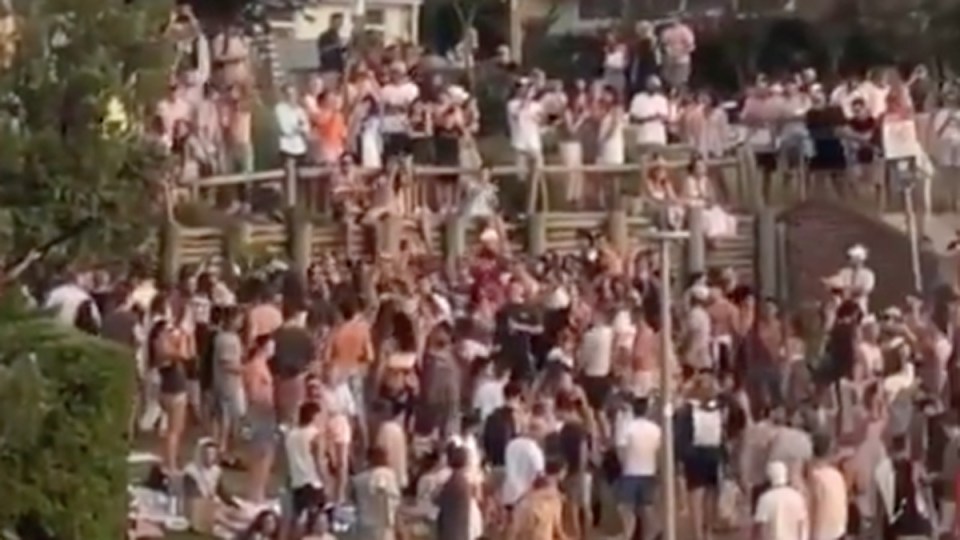 Police are investigating the party, which appeared to breach virus rules about the size of gatherings. Photo: Twitter

NSW Police are investigating a party in North Bondi on Sunday night that might have breached virus restrictions after a video emerged showing a large group dancing near the beach.

“If you’re sitting at home doing the right thing, listening to the messaging … why aren’t these people?’,” Mr Fuller said on Tuesday.

“If we don’t take those type of complaints seriously then we’ll get complacency in the community, people won’t wear masks, they won’t do the right thing.”

Mr Fuller also admitted it was likely that coronavirus-prompted restrictions would persist in some form in NSW for most of 2021.

It came as NSW confirmed no new locally-acquired cases of coronavirus in the 24 hours to 8pm on Monday, for the second day in a row.

Premier Gladys Berejiklian again urged more NSW residents to front for COVID testing so the government can plan how to ease restrictions.

“For us to have confidence to ease restrictions, we need to … see those testing rates go up, so we have confidence that we haven’t missed any cases of strains of the virus undetected in the community,” she said in Tweed Heads on Tuesday.

The government considered both case numbers and testing rates when looking at easing restrictions, the Premier said.

NSW Health Minister Brad Hazzard added that the call to testing included people in the regions, warning that “this virus can be anywhere”.

Two cases were confirmed in hotel quarantine in the 24-hour period, both acquired overseas.

As case numbers continue their lull, the government is preparing to roll out its the key plank of its economic stimulus plan.

Local businesses can sign up to join the state’s Dine & Discover program, which will give NSW residents four $25 vouchers to spend at hospitality venues, cultural institutions and other businesses.

The invitation to register comes ahead of the program’s pilot and broader rollout.

The pilot will kick off in Sydney’s The Rocks and Broken Hill in February, followed closely by the northern beaches, Sydney’s CBD and the Bega Valley Shire Council.

All NSW residents should be able to use the vouchers by March, with the program wrapping up in June.

New public health alerts have been issued for the Village Tavern in Auburn for several dates in January and December, the Berala Hotel on December 30 and the Auburn Hotel on January 12.

People who attended the venues on those dates are asked to immediately get tested and self-isolate until they receive a negative result.

Those visitors are required to seek testing on arrival in Victoria and self-isolate until they receive a negative result but will not be barred entry.