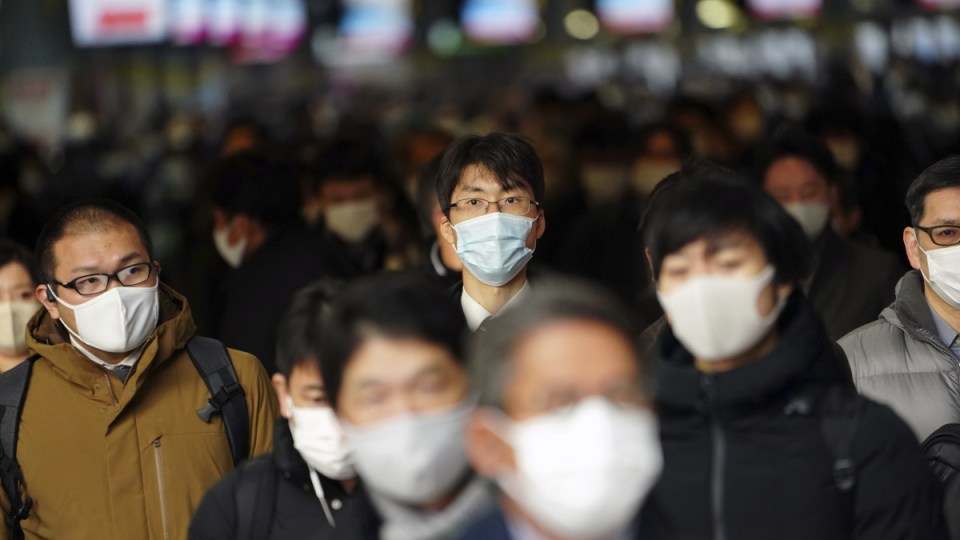 Japan is again battling to slow the spread of COVID-19. Photo: AAP

Japan saw a record 4520 new cases on December 31 in a fresh wave of infections, prompting the capital and three neighbouring prefectures to seek an emergency declaration from the national government.

The region accounted for more than half of the nationwide cases on Sunday.

Suga has so far resisted calls, mindful of the potential damage to the economy.

As an interim measure, restaurants and karaoke parlours in the Tokyo area are being asked to close at 8pm rather than 10 pm –  while businesses that serve alcohol should close at 7 pm.

“Even during the three days of the New Year’s holiday, cases didn’t go down in the greater Tokyo area,” Suga said at Monday news conference to mark the start of 2021.

We felt that a stronger message was needed.”

He noted that shortening business hours for restaurants had helped stem the rise of infections in some regions, including Osaka and Hokkaido.

If declared, it would be the second time parts of Japan have entered a state of emergency over the COVID-19 pandemic.

The first lasted more than a month, when schools and non-essential businesses were asked to close.

Japan has relied on voluntary closures and travel restrictions rather than rigid lockdown measures seen elsewhere in the world.

Although case numbers pale in comparison to many parts of Europe and the Americas, Suga has the challenge of hosting the Olympics in Tokyo this summer after the pandemic caused the Games’ first-ever delay in 2020.

Japan last month said it would temporarily ban non-resident foreign nationals from entering the country after the detection of the new, highly infectious variant of coronavirus.

Scotland back into lockdown

In Europe, Scotland will reportedly enter another effective national lockdown, likely to last until the northern spring.

Leader Nicola Sturgeon says her cabinet will meet on Monday to discuss possible further steps to limit the spread of coronavirus and has ordered Scotland’s parliament to be recalled.

It is expected the reopening of schools will be pushed back beyond January 18, The Times the newspaper reported on Sunday.

Johnson sets policy for England, with rules in Scotland, Northern Ireland and Wales set by their devolved authorities.

COVID-19 cases in Britain are at record levels and the increase in numbers is fuelled by a new and more transmissible variant of the virus.

Britain recorded 54,990 new cases of the virus on Sunday and has registered more than 75,000 deaths from the pandemic.