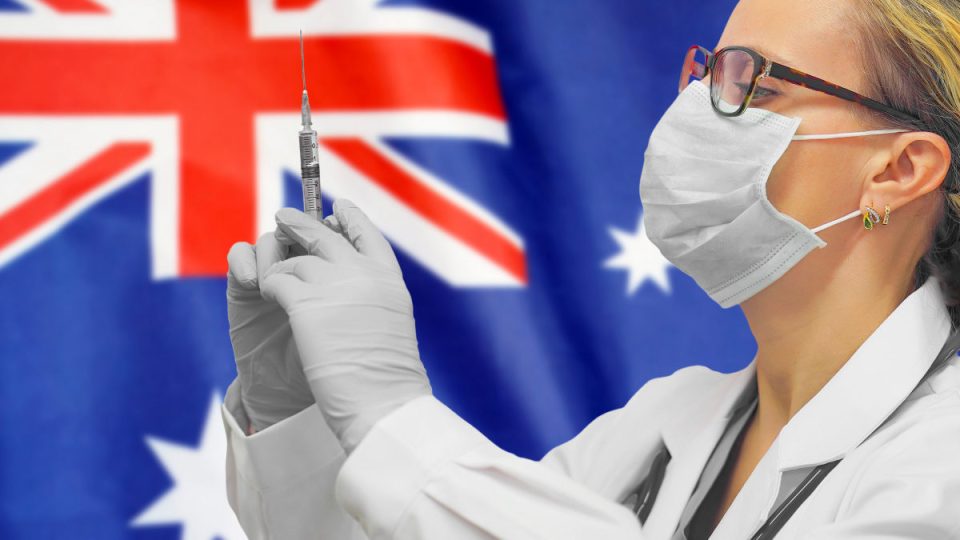 Australia will start rolling out Phase 1b of the vaccine program on Monday. Photo: Getty

Nearly a quarter of the world’s population may miss out on a coronavirus vaccine next year after Australia and other wealthy countries got in first, research shows.

Australians will be among the first to get the preventative jab, despite coronavirus cases here accounting for less than 1 per cent of the global total.

The findings, derived from two research papers published in the British Medical Journal, reveal billions of people will miss out on a coronavirus vaccine in 2021 as wealthy countries compete to secure their own supplies.

It comes as Chinese company Fosun Pharma said it wuld buy at least 100 million doses of the BioNTech/Pfizer vaccine for use in mainland China in 2021, if it is approved.

The vaccine has already been rolled out to citizens in Britain, the US and Canada, and has emergency-use approval in other countries.

The Trump administration has reserved 100 million doses – enough to inoculate 50 million people – but is working on a deal to secure tens of millions extra doses for Americans by June.

Australia has signed a deal to buy 10 million doses of the BioNTech/Pfizer vaccine – enough to cover five million people for the two required doses. Its rollout won’t begin until March 2021.

Meanwhile, as wealthy countries race to inoculate their populations, scientists warn poorer countries are being left behind.

In the first study, led by Johns Hopkins Bloomberg School of Public Health in the US, researchers analysed orders for COVID-19 vaccines ahead of their regulatory approval.

They found that by November 15, several countries including Australia had reserved 7.48 billion doses – or 3.75 billion courses, as most vaccines require two doses – from 13 manufacturers.

More than half (51 per cent) of those will go to high income countries, despite representing only 14 per cent of the world’s population, the scientists found.

That leaves the remaining 49 per cent for low- and middle- income countries, which comprise more than 85 per cent of the world’s population.

According to the study, if all of these vaccine candidates were successfully scaled, we could potentially have 5.96 billion courses by the end of 2021, with prices ranging from $8 per course to as high as $74.

If that happens, then up to 40 per cent of the vaccine courses from these vaccine manufacturers could remain for low- and middle- income countries.

But another barrier remains.

Access to the vaccine will partly depend on how wealthy countries share what they have, and whether the US and Russia participate in the global effort to vaccine everyone.

Besides, even if the vaccine manufacturers did succeed in reaching their maximum production capacity, at least a fifth of the world’s population would still not have access to vaccines until 2022.

How many people do we need to vaccinate anyway?

About 3.7 billion adults – roughly 68 per cent of the world’s population – want to have a COVID-19 vaccine, estimates the second study published in the BMJ.

But again, major logistical hurdles will make it difficult to vaccinate all of these people.

The researchers, from Fudan University in China, found that target population sizes for vaccination varied widely by location and vaccine objectives.

For example, some populations required a vaccine just to maintain essential services like schools and hospitals, while others wanted to stop virus transmission completely.

Attitudes toward vaccines also played a role in determining demand.

The researchers said their findings “provide an evidence base for global, regional, and national vaccine prioritisation and allocation”.

What about promises to help poorer countries?

So far, 64 higher income countries have joined the COVAX facility, a global initiative that aims to ensure eventual coronavirus vaccines reach those who need it the most, no matter who they are or where they live.

Australia signed onto COVAX in September and committed an initial $123 million, making it eligible to receive offers to buy vaccines when they become available.

Prior to that, Australia had already donated $80 million in August to help provide doses to developing countries.

But some countries, notably the US, are not willing to put global interests first.

In an editorial linked to the research papers, Assistant Professor Jason Schwartz of Yale School of Public Health, said an equitable rollout of coronavirus vaccine programmes would require “unprecedented global coordination, and a sustained commitment of resources – financial, logistical, and technical – from high-income countries”.

In particular, he said US participation “will be invaluable in ensuring that all populations globally have access to the covid-19 vaccines that will ultimately help bring an end to this devastating global health crisis”.

Billions could miss out as rich countries hog COVID-19 vaccine