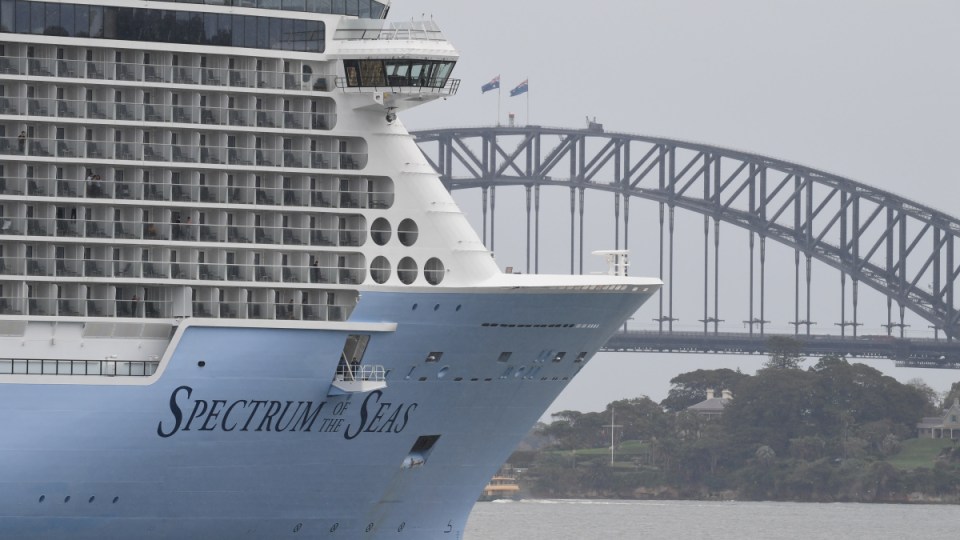 Cruise ships will remain banned from Australian ports for at least another three months. Photo: Getty

Australians will be restricted from overseas travel or cruise ship holidays for at least three more months as the government extends the biosecurity ban imposed at the start of the pandemic.

The ban was due to expire on December 17. But Health Minister Greg Hunt said on Tuesday it would be extended until at least March 17, as the coronavirus raged around the world.

“Australia won’t be fully safe until the international community is safe,” he said in Canberra.

“The risks abroad are enormous and if we don’t maintain these important protections, we won’t be protecting Australians.”

The Morrison government’s move means cruise ships will remain banned from Australian waters for at least three more months. It also applies to shops trading at the country’s airports.

It came as Australia reached an astonishing pandemic milestone on Tuesday – with just one active locally acquired infection remaining nationwide.

There are just 42 active cases of the virus in the whole country, 41 of them in returned travellers in hotel quarantine.

The lone case considered to be acquired outside quarantine is the Sydney hotel worker whose infection sparked a rash of travel alerts when it was confirmed last week.

NSW Health is continuing to investigate how the woman caught the virus. But it believes it was most likely somehow passed on from international aircrew who were self-isolating in one of the hotels where she worked.

South Australia – which went into a brief lockdown just a few weeks ago as a worrying cluster emerged in Adelaide’s north – said on Tuesday it no longer had any active COVID cases.

Victoria, the scene of Australia’s deadliest virus outbreak, notched its 39th day in a row without new infections on Tuesday.

Victoria resumed taking returned travellers into hotel quarantine on Monday after a five-month halt as it dealt with its second wave. Already, authorities have confirmed that at least one international returnee had coronavirus symptoms, but they returned a negative test on Monday.

Of Australia’s 42 active virus cases, 21 are in Queensland – all acquired overseas.

Australia’s welcome milestone came amid ever worsening news in many country’s overseas, including the US.

The pandemic has killed 282,000 people in the US, thrown millions out of work and crippled businesses. The US has 14.7 million confirmed COVID infections – the highest of any country in the world.

Across the US, virus infections are averaging 193,863 new cases a day.

Many states, have introduced – or reintroduced – strict measures to try to quell the virus, amid fears it is going to get even worse.

More than 80 per cent of Californians are under orders not to leave their homes for at least the next three weeks except for essential purposes.

In New York, Governor Andrew Cuomo said he would suspend indoor dining at New York City restaurants as soon as Monday if hospitalisations remained on their upward trajectory.

Across the Atlantic, Britain was to start giving COVID jabs on Tuesday (local time) after it gave a world-first emergency authorisation to a Pfizer vaccine.

It will give its first 800,000 doses to people over 80 who are either hospitalised or already have outpatient appointments scheduled, along with nursing home workers.

Most people will have to wait until next year before there is enough vaccine on hand to expand the program.

“I don’t think people should expect anything over the next few days because the reality is that for the vast, vast, vast majority of people this will be done in January, February, March,” said Chris Hopson, chief executive of NHS Providers.

Down Under, however, with families finally reunited as state borders open after the long months of the pandemic, Prime Minister Scott Morrison has applauded Australians for their resilience.

But Mr Morrison acknowledged the battle against the virus continued, saying the government was poised for further challenges including in aged care, where most of the nation’s pandemic deaths have occurred.