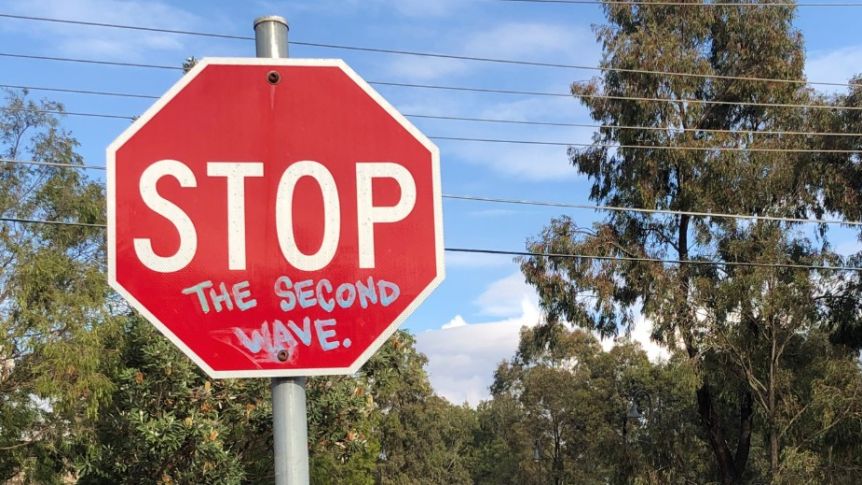 While it's difficult to know for certain, it's widely believed a 28 day period without any cases found is good evidence the virus has been effectively eliminated in Victoria. Photo: ABC News: Ben Knight

While it’s difficult to know for certain, it’s widely believed a 28 day period without any cases found is good evidence the virus has been effectively eliminated in Victoria.

It’s a remarkable turnaround, and a result some critics said couldn’t be achieved.

And Victoria, thanks to its tougher rules and loftier goals, got there faster than New South Wales.

Only one state recording local cases

But Australia’s largest state is also on track to get there, even if it wasn’t by design, as long as no local cases are reported in the next nine days.

The only state recording locally acquired cases at the moment is South Australia, and while the state isn’t out of the danger zone, cases remain in very small numbers.

Two states – Victoria and Tasmania – don’t have any active cases, while the ACT has only one. All three jurisdictions don’t receive overseas arrivals at the moment.

Current numbers are the lowest Australia has sustained since March, as the pandemic was taking off.

The nation has now managed a streak of 40 days with a seven day average below 20, and most recent cases are overseas arrivals in hotel quarantine.

Aggressive suppression can slip away at any time

That streak comes after a peak of more than 500 in early August.

Only two countries – Singapore and China – have reached a peak of that magnitude and then improved to keep the average below 20 for longer than Australia.

“When you look at Australia compared to the rest of the world, well frankly there is no comparison,” Prime Minister Scott Morrison said on Thursday.

“Australia is in a handful of countries that stand out not just for how we’ve suppressed the virus, but how we have mitigated the economic impact on Australia.

Australia’s economy has withstood this better than almost any other advanced economy in the world.”

But that doesn’t mean Australia can rest on its laurels.

Israel got its infection numbers as low as 13 a day, but a damaging second wave saw the country average 1700 cases a day within two months of that, and the country went on to peak at a 7 day average of 6222 cases.

Ireland too had great success, but saw another flare-up and is still dealing with the consequences of a sizeable wave.

The biggest threat to Australia maintaining its grip on low or non-existent case numbers is now the hotel quarantine system.

With many Australians trying to come home in time for Christmas, and a worsening global situation, the number of cases being found in returned travellers has been slowly increasing since the end of August.

While stricter controls could be put in place, as is currently happening in South Australia, it’s unlikely the risk of quarantine breaches can be completely eliminated.

That means the more people passing through that system while cases overseas remain high, the higher the risk of the virus escaping quarantine.

While tracing schemes like QR code check-ins are being increasingly rolled out, many of our cities are primed for super spreader events, amid fading compliance with physical distancing guidelines and mask wearing.