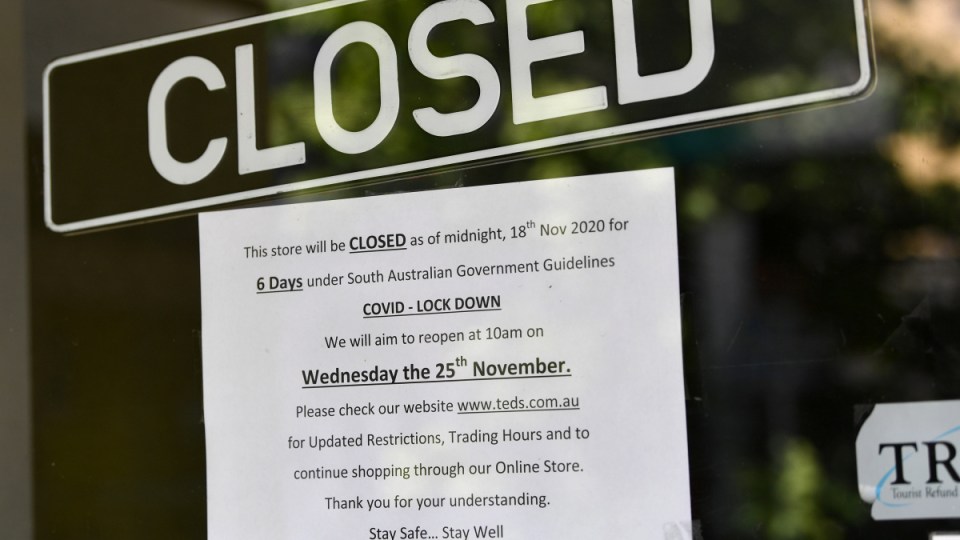 South Australian unions have called for pandemic leave payments to be extended to cover casual and other workers hit by the statewide lockdown.

With most SA businesses shut for six days in a bid to contain a worrying cluster of COVID-19 cases in Adelaide, SA Unions secretary Angas Story says the federal government must help workers who have lost their incomes.

His comments came as Victoria’s “hard border” with SA came into effect just before midnight on Thursday.

More than 300 police will patrol the Victorian side of the South Australian border, from Mildura down to Portland.

It’s the first time Victoria has shut its border to any state during the pandemic.

“It’s fine for governments to act swiftly to protect community health but they must also act quickly to ensure precariously employed workers are not disproportionately hurt in the process,” Mr Story said.

“A wider payment of pandemic leave will help the economy before Christmas and ensure low paid workers are not pushed into further debt stress.”

Leave Disaster Payments provide support for people who are forced into quarantine because of the virus, provided they have been told to self-isolate by a health official.

Mr Story said that could cover thousands of people forced into quarantine by Adelaide’s Parafield cluster.

But he said tens of thousands of workers, who were casuals or were stood down without pay as a result of the lockdown, might not be eligible.

SA heads into day two of the six-day lockdown on Friday, which will hopefully prevent the Parafield cluster spreading more widely across the community.

On Thursday the number of confirmed infections was reduced to 22, with 17 more people suspected of having the virus.

Chief Public Health Officer Nicola Spurrier said the lockdown and associated contact tracing and isolation measures were trying to put a “double ring-fence” around those at risk of spreading the disease.

It was hoped this would cut the lines of transmission and allow for restrictions to be lifted more quickly.

Premier Steven Marshall said South Australia had learned from watching surging infections in Victoria and other parts of the world.

“COVID-19 is highly infectious, extremely dangerous and very difficult to eradicate once it gets a foothold in a community,” he said.

“So we need this circuit-breaker, this breathing space for a contact tracing blitz.”

Under the terms of the statewide lockdown, all schools are closed, along with universities, pubs, cafes, retail stores, food courts and takeaway food outlets.

Supermarkets, petrol stations, medical centres and other essential services remain open but people are asked to only leave their house once a day to buy groceries.