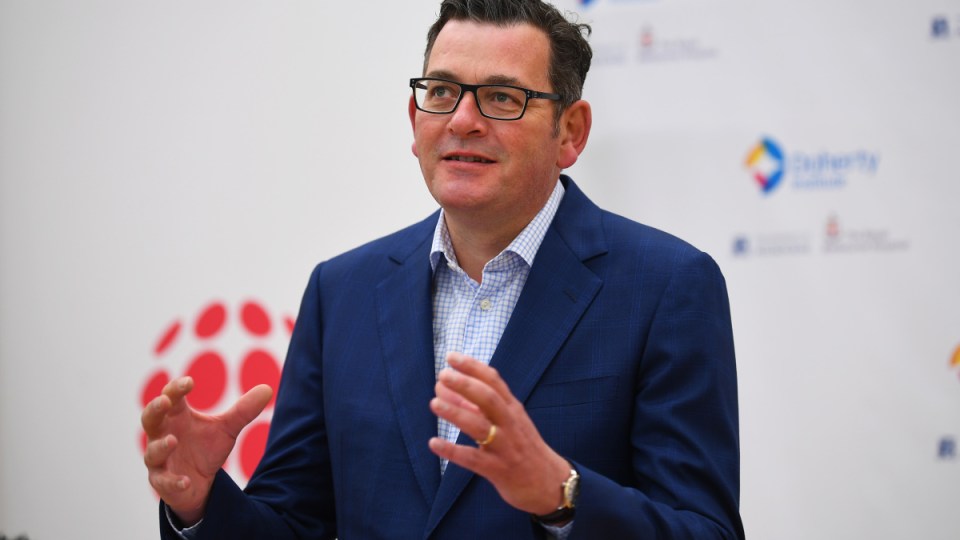 A magistrate has struck out a private prosecution against Premier Daniel Andrews. Photo: AAP

Victoria has recorded its fifteenth consecutive day without registering a coronavirus case or death.

The latest “double doughnut day” was announced after 14,614 tests were processed in the past 24 hours.

There are still three active cases of coronavirus in Victoria and one case with an unknown source between October 29 to November 11.

Health Minister Martin Foley says the Department of Health and Human Services has removed 515 cases from its tally of mystery cases after establishing links to known infections.

“As case numbers have come down over the past few weeks, the DHHS … has created and tested an algorithm that has identified some additional 515 historical cases that are connected to close contacts or established outbreaks,” he told reporters on Saturday.

Deputy Chief Health Officer Allen Cheng said the reclassified cases are mainly from July and August, when the state was recording hundreds of new COVID-19 cases per day.

“It’s important to correct the record so that we can analyse the data correctly and make sure we have learnings for next time,” he said.

Professor Cheng described the state’s run of zero cases as “about as good as it can get”.

“What we’re still concerned about … is that there may still be the potential for hidden trains of transmission out there; obviously that chance is decreasing as time goes on,” he said.

“And then obviously the potential for an incursion of cases from outside, from New Zealand or NSW.”

“We just want to make sure that there’s nothing we’re missing there,” he said.

Premier Daniel Andrews has previously said he will not fast-track the next step of relaxed restrictions, due on November 23, despite the state reaching the milestone of two weeks without a new infection being detected on Friday.

While the full detail of changes won’t be announced until next Sunday, Mr Andrews has previously indicated 10 people will be allowed to visit a home at a time and public gatherings will grow to 50 people outdoors.

“What we need to do is make sure that we have that biggest buffer possible before we take really big steps towards opening up, because it does serve that purpose,” Mr Andrews said.

“If we can keep numbers very low for an extended period of time, we’ll be able to keep them low for all of 2021.”

Families separated either side of the Victoria-South Australia border have been offered relief as SA announced it would lift all its border restrictions on December 1.

There will be no requirement for travellers to quarantine in hotels or at home.

NSW announced last week it would reopen its border with Victoria on November 23.

The $550 million institute will be tasked with leading the fight against future pandemics, with construction expected to begin next year and completed by 2025.

The University of Melbourne and its partners will invest $150 million in the facility, while Mr Andrews said he would present a case to the federal government for the remaining funds.

The state’s health department will have a new leader in Euan Wallace from Tuesday, as he takes over the role from Kym Peake.

Ms Peake stepped down from the role this week “to pursue other opportunities”.

Professor Wallace has most recently served as DHHS’ deputy secretary, he is an obstetrician and gynaecologist with more than a decade of experience in healthcare governance.

Victoria’s death toll from the virus stands at 819, with the national figure is 907.