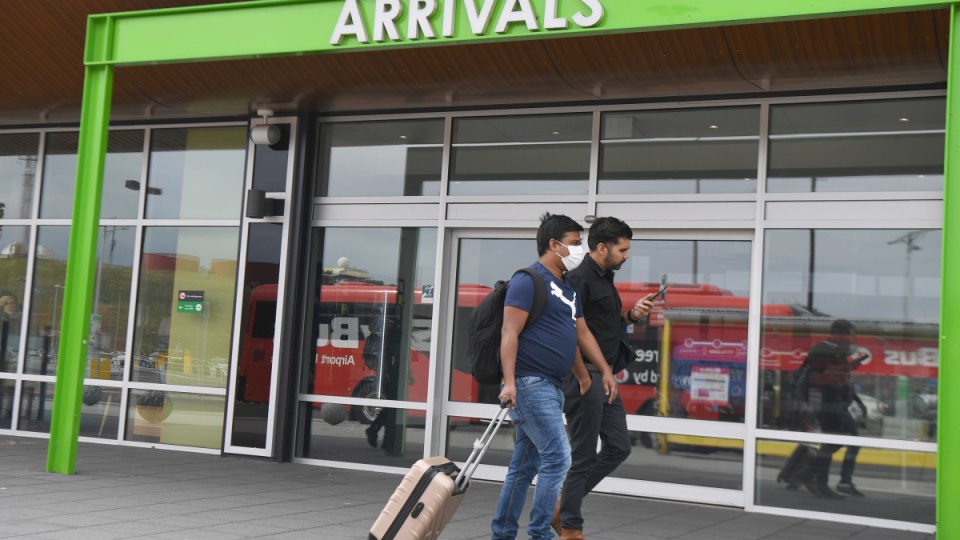 Victorians hoping to reunite with family and friends across the Bass Strait could be in for a pleasant surprise, as Tasmania unveils likely plans to reopen sooner than expected.

Virgin Australia was among the first to welcome Tasmania’s announcement. It will bring forward flights from Melbourne to Hobart and Launceston to start on November 27, the new date for reopening the border to Victorians.

“The border announcement by the Tasmanian government is welcome news and will allow us to bring more of our people back to work and customers the opportunity to reunite with friends and family this Christmas,” a spokesperson said.

Victoria clocked its 12th “doughnut day” on Wednesday, with no virus cases or deaths across the state.

State health authorities issued hotspot alerts for a shopping centre and airport, after a woman returned a positive test result in South Australia after flying from Melbourne.

But Health Minister Martin Foley said the positive result was most likely shedding from a previous infection and the warnings were due to an “abundance of caution”.

Tasmania had signalled it would drop its border restrictions on December 1. But Victoria’s recent success means it now aims to roll out the welcome mat from late November.

“Victoria is our closest neighbour and home to so many of our friends and family. It’s been hard for many people, I have family in Victoria as well,” Mr Gutwein told parliament on Wednesday.

“If Victoria’s circumstance remains similar to where it is at the moment … the expectation is in two weeks from Friday, we will be able to fully ease our border restrictions.”

A further update is expected at the end of next week.

From Friday, Victorians arriving in Tasmania will be allowed to quarantine at home or a designated residence rather than government-run hotels.

Tasmania has gone more than 90 days without a new case of coronavirus.

The island state is open to all Australians – bar Victorians – after easing restrictions with NSW earlier in November.

The first flights are expected to touch down in late January, with three flights a week for most of the year bar winter.

Mr Gutwein said at the time that it would be “a fantastic opportunity” for the island state.

Tasmania may welcome Victorians back early, after ‘outstanding’ virus results