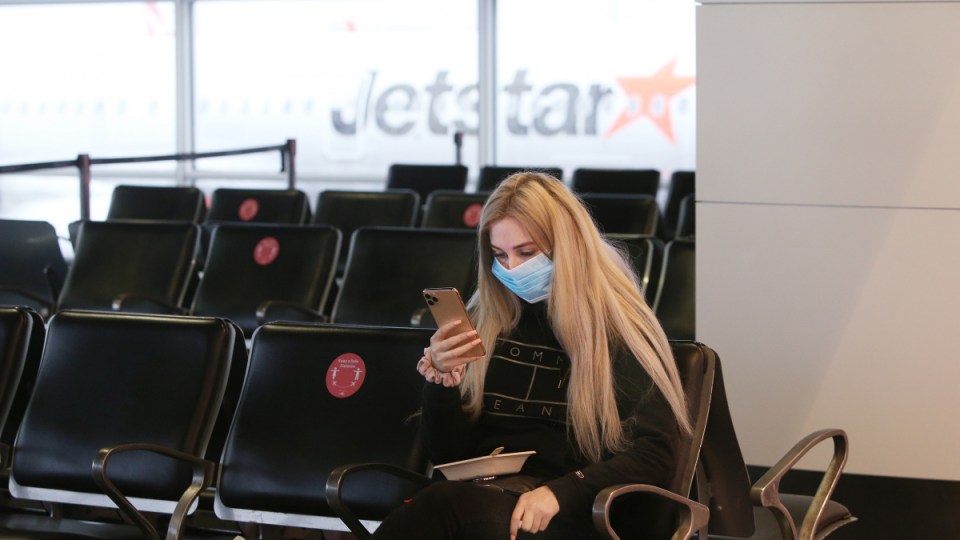 The pandemic has left Australians grounded for months. But that might be about to change. Photo: Getty

Scott Morrison has flagged several Asian nations as likely to be among the first on the post-pandemic itineraries of travelling Australians.

With Australia posting its third consecutive day without any locally transmitted virus cases on Tuesday, the Prime Minister said international travel would again be on the agenda at Friday’s national cabinet meeting.

“Not to the point of a decision on that, but I think a further assessment of where things are at,” Mr Morrison said.

“We continue to hold these discussions with countries like Japan, we have had them before with Korea, specific nations. Of course, New Zealand has already been opened for travel into Australia without quarantine arrangements.”

The only virus cases reported in Australia on Tuesday were among returned travellers in hotel quarantine – NSW had five, while Queensland had one. Victoria, which is yet to resume its hotel quarantine program, enjoyed its 11th day in a row without virus infections as it continued to open up after its deadly second wave.

“I think we proceed cautiously. There are countries that are doing far better than what we are seeing in Europe and the US,” Mr Morrison said.

“The situation in Europe and the US is awful. And obviously that presents great risks for people coming in from those parts of the world to Australia.

“But out of many parts of Asia, particularly in North Asia – places like Taiwan and … provinces of China, Singapore – we are looking at what alternative arrangements could be had to channel visitors through appropriate quarantine arrangements for low-risk countries.

“That is a process other countries are doing as well. We are open to that. We have not come to a point of decision on that.”

Flights into Melbourne from New Zealand resumed on Monday. Tasmania has also signalled it will join the trans-Tasman “travel bubble” from early 2021.

Tasmania allowed quarantine-free travel to NSW residents last week, having already opened its borders to Queensland, South Australia, Western Australia, the Northern Territory and the Australian Capital Territory. It plans to reopen to Victorians from December 1.

Further north, Queensland might also become an option for Victorians within weeks.

The Sunshine State reopened to the rest of Australia – except Victoria and people from greater Sydney – on November 3. On Tuesday, chief health officer Jeannette Young described Melbourne’s 11-day streak without coronavirus infections as “exciting” and said she was “hopeful” quarantine-free travel from Victoria could resume from early December.

“Hopefully we will be able to open borders to Melbourne and not require any form of quarantine.”

Dr Young said a final decision would be made before the end of the month, with any changes effective from December 1.

Asian nations on the horizon as post-pandemic travel looms