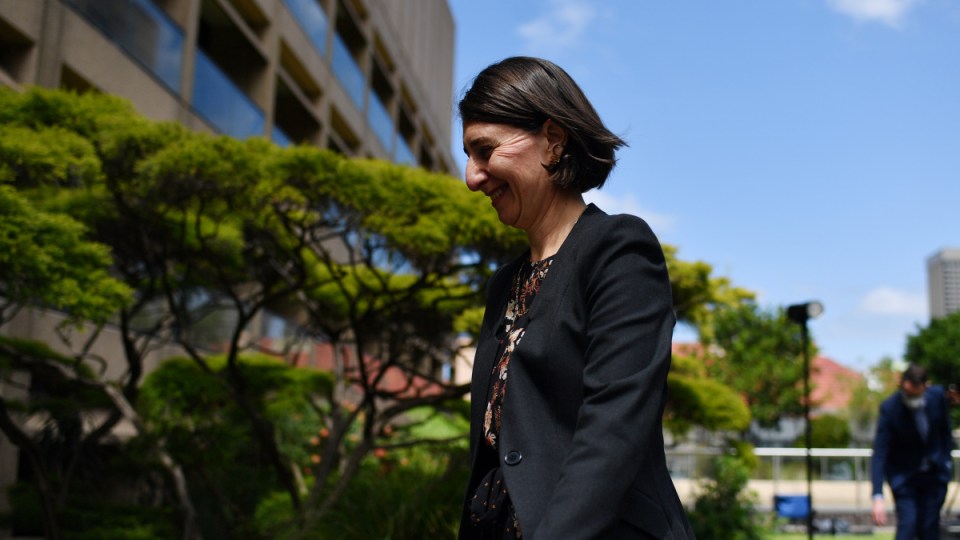 New South Wales will throw its borders open to all Australians and New Zealanders within weeks, Premier Gladys Berejiklian has confirmed.

Ms Berejiklian said from November 23, NSW will be the only state or territory where “every Australian citizen is welcome, including New Zealand citizens.”

“Come a minute past midnight on November 23, there will be free movement between NSW and Victoria,” Ms Berejiklian said on Wednesday.

“Very proudly I say NSW will be the only jurisdiction in Australia that will be welcoming residents of all states, of all jurisdictions,” she told reporters.

NSW is also the only state to have recorded locally acquired coronavirus infections in the last five days, as Victoria continues its COVID-free streak.

All three were household contacts of known cases who were already isolating.

Victorian Premier Daniel Andrews welcomed Ms Berejiklian’s confirmation that the border would be reopened, but encouraged Victorians to spend their holiday dollars at home in the community.

“We have lots of places here you can visit,” Mr Andrews said.

Victorian Premier Daniel Andrews is yet to relax restrictions that prevent Melbourne residents from travelling more than 25 kilometres from home.

In late October, Mr Andrews wound back Melbourne’s strict Stage 4 lockdown – allowing Melburnians to travel further than five kilometres from home and to go out without an approved reason.

Restaurants, bars and retail stores all reopened, breathing new life into the city after it lay dormant for months on end to stop the spread of COVID-19.

At that time, Mr Andrews also indicated that the ‘ring of steel’ preventing travel between regional Victoria and metropolitan Melbourne would remain in place until at least 11.59pm on Sunday November 8.

He also announced that the 25-kilometre limit would be removed at the same time.

So, while some may be wondering whether the NSW border reopening on November 23 means travel bans are lifted for all Victorians – announcements about further freedom of movement are expected at the weekend.

Meanwhile, Victoria clocked up its fifth consecutive day without any new COVID-19 cases.

Queensland won’t make any decisions on opening its border to greater Sydney or Victoria before the end of the month.

Ms Palaszczuk said the health advice will be reviewed at the end of November before a call is made on Queensland’s borders before Christmas.

“At the end of each month we review those decisions, and a lot can happen in a month as well, so I think everyone just needs to have, you know, a bit of caution here,” Ms Palaszczuk told reporters on Wednesday.

“And let’s take one step at a time and let’s just see how that community transmission transpires now as Victoria comes out of lockdown. I think that’s really, really crucial.”

Queensland recorded two new COVID-19 cases on Wednesday as the state prepared for an influx of travellers after border restrictions were eased for regional NSW.

Both new coronavirus cases were people who acquired their infections overseas and were diagnosed while in hotel quarantine.

There were now eight active virus cases in the state, Ms Palaszczuk said on her Facebook page on Wednesday.

The new cases were recorded a day after Queensland relaxed border restrictions for people from country NSW.

Travellers heading north endured waits of almost an hour at the state’s southern border on Tuesday after the new rules came into effect.

Chief Superintendent Mark Wheeler said Queensland Police are expecting many more people to travel into the sunshine state in the coming weeks.

“We’re looking at over three million people from NSW who will be eligible to come in,” he said told reporters at the border on Tuesday.