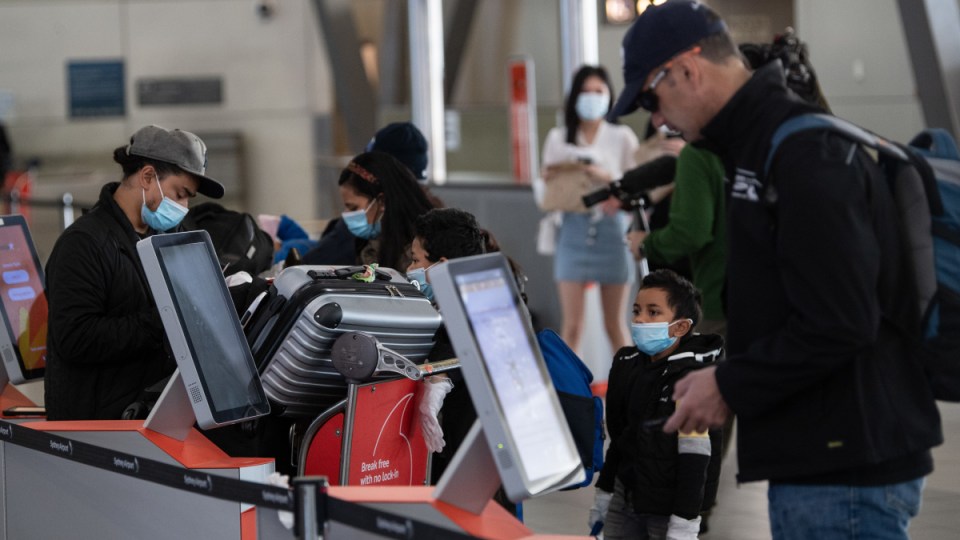 Sydneysiders remain locked out of Queensland after the state's latest review of its border rules. Photo: AAP

Western Australia has named a date to take down its much-vaunted “hard border”, making it easier for Australians from all states to visit.

Premier Mark McGown announced on Friday that WA would move to a “controlled border” from November 14.

They will be subject to health checks on arrival at Perth airport.

Mr McGowan said NSW and Victoria were considered low risk. Conditions for travelling to WA from those states would not change, but would be reviewed after four weeks.

Mr McGowan said he would monitor WA’s virus status daily and would “have no hesitation to reintroduce the hard border if that’s what’s needed to protect the health of Western Australians”.

New Zealanders arriving in WA will also be able to self-quarantine for 14 days from Saturday.

“However, if the Commonwealth government moves to establish further travel bubbles with other nations, we reserve our right to do what is in the best interests of Western Australia, including reinstating our hard border.”

Queensland Premier Annastacia Palaszczuk said on Friday her state would reopen to residents from across regional NSW from November 3.

But the 4.8 million people who live in greater Sydney remain on the COVID-19 border blacklist – along with the entire state of Victoria – after another unlinked mystery case of the coronavirus.

And there’s no likely date set yet for when that might change.

“You asking me to look into a crystal ball. I genuinely do not know, it depends what happens with the virus,” chief health officer Jeannette Young said.

Qantas boss Alan Joyce said Qantas and Jetstar had been ready to schedule more than 1000 flights from Sydney to Queensland destinations in November alone, if the borders had opened. They would have brought 200,000 people and injected millions of dollars in to the state.

“Sydney is the biggest city in Australia and it probably has one of the best track records globally of managing a virus that is clearly going to be with us for a very long time.

“Keeping the doors bolted to places that you can’t reasonably call hot spots makes no sense from a health perspective and it’s doing a lot of social and economic damage as well,” he said.

The criticism was echoed by Virgin Australia, which just weeks ago accepted a $200 million investment from the Queensland government to keep its headquarters in Brisbane.

“Today’s announcement … is disappointing for many of our customers and team members, who we know want to return to work, do business and reconnect with family and friends,” an airline spokesman said.

“By then it will be far too late for people to make plans for the Christmas holidays with any confidence,” he told the Courier Mail.

“That will be a blow for thousands of businesses and thousands of families who have already planned Queensland holidays.”

The Queensland border closed in August, with the state saying it would potentially reopen on November 1 if NSW had control of virus outbreaks in the community.

That was thrown into jeopardy on Thursday, when NSW recorded another mysterious virus case with no links to a known cluster.

Ms Palaszczuk has repeatedly said she is basing her decisions on health advice.

“I have to do what I have to do to keep Queenslanders safe,” she said on Thursday while campaigning for re-election on the Gold Coast.

The border has become a state election issue, with Labor warning voters the Liberal National Party can’t be trusted to make sound decisions to protect the community from the virus.

Queenslanders go to the polls to choose their new government on Saturday.

Prime Minister Scott Morrison and NSW Premier Berejiklian have also waded into the debate, with both repeatedly urging Queensland to open.

On Friday, Ms Berejiklian said she was disappointed at the latest delay.

“It’s extremely unfair and lacks logic and common sense to continue to lump NSW with Victoria – our states have taken very different paths,” she said.

Mr Morrison urged states not to remain “stuck in neutral” as coronavirus case numbers were driven down but borders remained up.

The PM said it was important for the sake of all Australians that state decisions were made on health advice and were transparent.

Agriculture Minister David Littleproud said Dr Young had been used as a political pawn by the Premier.

“I think that the science has been cherry-picked from the get-go by the Queensland government,” he said.

“The science has not been put out there.”

Dr Young said there was “a strong possibility” Queensland would open to Sydney once NSW health officials were “on top of” the community outbreaks.

She said she was also closely watching Victoria’s transition from lockdown to see if more outbreaks occurred.

Victoria had four more virus infections on Friday, including one that is still to be linked to a known outbreak.

NSW had a day without locally acquired infections. It will have at least one case on Saturday, however, with one already confirmed in a child who attended a trampoline centre in south-western Sydney.

Queensland had one new COVID case in the 24 hours to Friday morning after a man in his 50s tested positive in hotel quarantine on the Gold Coast after returning to Australia from Sweden.

Border restrictions will next be reviewed at the end of November.

WA to drop ‘hard border’ for millions of Australian arrivals