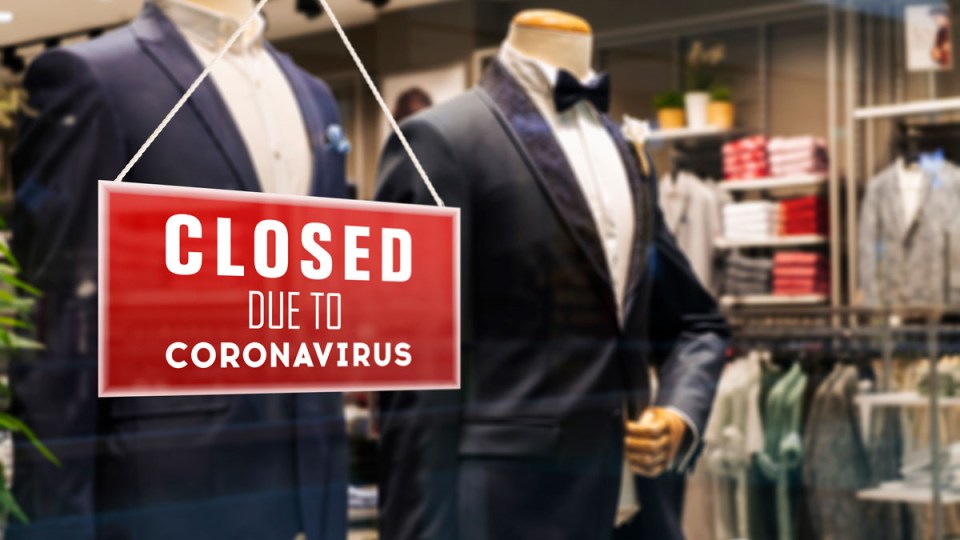 Trucking magnate Lindsay Fox has urged businesses to get behind the Victorian government's handling of the pandemic. Photo: Getty

Victorian Premier Daniel Andrews has received support for his tough measures to tackle his state’s coronavirus outbreak from an unlikely quarter.

“We have a common enemy, and they don’t seem to realise this,” he said.

“They are spending so much time throwing stones rather than trying to find a way to fix the problem.”

Mr Fox’s comments came after it was revealed on Wednesday that the leaders of seven major businesses – Wesfarmers, Commonwealth Bank, BHP, Orica, Incitec Pivot, Newcrest and Coca-Cola Amatil – had written to Mr Andrews pleading for him to allow businesses to reopen.

“We urge you now, in light of the excellent recent progress, to permit the careful and staged return to the workplace of office workers and the small businesses that provide services to them,” they write.

“Safely opening up more Victorian workplaces, based on medical advice and guidance, and enabling the collaboration and creativity that will result, is critical to our state’s economic future.”

The letter follows sustained pressure from state and federal opponents against Mr Andrews’ decision to lock down Victoria to bring the outbreak under control. There has been an increasingly stormy war of words between the Premier and federal Treasurer Josh Frydenberg – Australia’s most senior Liberal – this week.

But trucking magnate Mr Fox said while he did not agree with all of the Andrews’ government’s decisions in its battle against the coronavirus that has killed 817 Victorians, the business community should get behind the Premier.

“To the Premier’s credit, he has had the balls to stay through the problem that started and he has carried through where other people all around the world … have now got a second bite back three times worse than the first round,” he told ABC radio on Wednesday.

“Some tough decisions have got to be made and he has been tough enough to make them. I haven’t agreed with them, but they have had to be made because we are coming out of it now.”

There were three new infections on Wednesday, another single-digit day that dragged Melbourne’s 14-day average down to 6.2.

The city’s mystery cases – another key benchmark – have also fallen. They are down to 10.

“We did genuinely hope on Sunday to be able to make some announcements about the future and if these numbers stay on trend we will be able to do that,” Mr Andrews said on Wednesday.

He also apologised for an short-lived decision to allow crowds to attend two race meetings in Melbourne at the weekend.

Approval was granted for up to 500 owners and connections to attend Friday night’s Manikato Stakes and the Cox Plate on Saturday. The approval was rescinded late on Tuesday night after an instant backlash.

“I suppose I can only be clear and that was the wrong judgment,” Mr Andrews said on Wednesday.

“I apologise for any concern it caused and again I’m not here to defend the decision. We have basically changed that, it is not happening on Saturday.”

Mr Andrews conceded the plan was overturned because of the community response, and not because of any flaw in the approval process.

“It went through the normal process but it was the wrong decision. I will cop that.”

“The issue is it didn’t meet the expectations of the community.”

The reversal of the decision was announced by Racing Minister Martin Pakula in a late night tweet.

“As Racing Minister, I was the one that pursued that on behalf of the industry, I don’t resile from that, I don’t shy away from the fact that I was the one pushing it and proposing it, but it was a mistake,” Mr Pakula told ABC Radio Melbourne.

“I was made very quickly aware of the reaction of the community. I’ve spoken to Moonee Valley Racing Club and happy to put my hand up and say ‘my bad’ and the decision was reversed last night.”

The Victorian Government said measures in the COVID-safe plan approved for the events included a cap on numbers, staggered arrivals, time limits and temperature checks.

In total, there would have been a maximum cap of 1250 people on the course for each race meeting including jockeys, club operations staff, security, COVID-safe marshals and media.

No more than 1000 people would have been permitted on course at any one time.