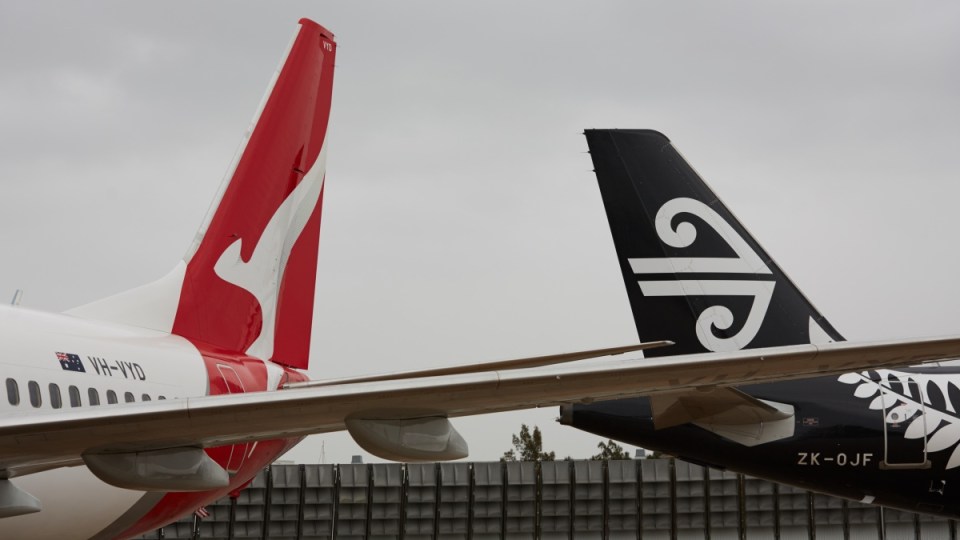 The first international flight under the new “trans-Tasman bubble” has landed in Sydney.

NZ103, which landed at 11.59am (ADST), was the first of three flights from NZ on Friday as the long-awaited trans-Tasman travel bubble finally became a reality.

“Today is a great day, we are having the first flights in from New Zealand,” NSW Health Minister Brad Hazzard said.

The development came on a landmark day in Australia’s battle against the coronavirus.

NSW confirmed five more cases. But just one was in the community, and it was linked to the Lakemba medical clinic cluster.

In Victoria the news was even better. It had only two new virus infections on Friday – its lowest number in more than four months.

Premier Daniel Andrews, who has promised to announce on Sunday what virus rules will be wound back, said he was proud of Victorians for maintaining their long fight against the state’s devastating second wave.

“Today is a day where we can be optimistic and we can be positive and we can, all of us as Victorians, look at all that we have achieved,” he said.

“We have stayed the course. We have not let our frustration get the better of us. We have made a conscious decision to defeat this second wave.”

Victoria has just 157 active coronavirus cases, only eight in regional areas. The outbreak in the northern Victorian town of Shepparton that has worried health authorities this week remains at three, with nearly 5000 tests completed.

With Victorians to endure their 100th day in lockdown on Saturday, Mr Andrews has been under increasing pressure from critics – including in the federal government, the business community and even some medics – to ease some of the state’s toughest COVID rules.

He repeated his view that Victoria would not take all the steps outlined in the government’s coronavirus roadmap this weekend. Despite three days of single-digit case increases, Melbourne has not met stringent targets outlined in the plan.

“We will make some significant announcements on Sunday. I cannot tell you what they are today. We will still be looking at the most contemporary data, the latest picture, right into Saturday evening,” he said.

“But on Sunday I hope to be able to speak about the week after and what that looks like, and indeed beyond that.”

Back in Sydney, Mr Hazzard said New Zealanders on Friday’s flights would have to meet strict travel criteria.

“People coming in … will have to have been in New Zealand for at least 14 days, and when arrive at the airport they have to complete a declaration which indicates their state of health and they effectively will be screened at that end,” he said.

“When they arrive in NSW, at the international airport, again, under control of the federal government, under the border force requirements, it will be very, very clear that they will be kept separate from any other international travellers arriving from across the world.”

Visiting NZers will not be able to stay in NSW or travel on to the Northern Territory, and will not have to complete any quarantine.

However, New Zealand has not yet dropped its requirement for all incoming arrivals – including returning Kiwis – to do 14 days quarantine. Reportedly, most of the people on Friday’s flights have bought one-way tickets to Australia.