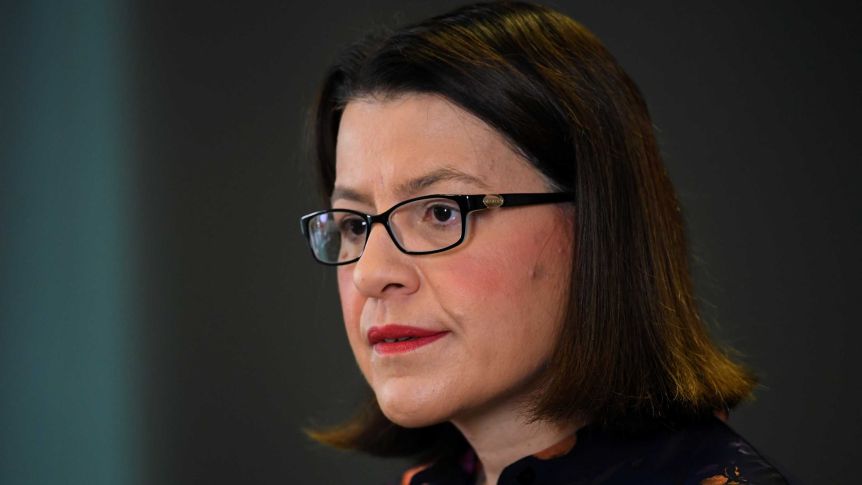 Jenny Mikakos resigned after Premier Daniel Andrews told the inquiry he believed she was accountable for the bungled program. Photo: AAP/ James Ross

Former Victorian health minister Jenny Mikakos has told the hotel quarantine inquiry it would be “nonsense” for her to be held solely accountable for the failed hotel quarantine program, and Jobs Minister Martin Pakula should also be held responsible.

In her final submissions to the inquiry, Ms Mikakos also urged the board of the inquiry to treat the Premier’s evidence with “caution”, following her resignation a day after Daniel Andrews held her accountable for the bungled program.

“It is respectfully submitted that the board ought to treat with caution the Premier’s evidence where he sought to explain the reference to the use of private security in the hotel quarantine program,” her submission said.

Mr Andrews told the inquiry he did not know who made the decision to use private security.

Ms Mikakos said it was “implausible” that no one made the decision and claimed the evidence suggested the decision was made soon after the midday National Cabinet meeting on March 27.

She also told the inquiry her former colleague Mr Pakula should share the blame.

“The board should find that both the DHHS [Health Department] and the DJPR [Jobs Department] were, up until the time that it was transferred to the DJCS [Justice Department], jointly responsible for the Hotel Quarantine Program, and that those departments, and in turn Ms Mikakos and Minister Pakula, were accountable for their relevant areas of responsibility,” her submission said.

“It would be a nonsense, it is submitted, for the DHHS, and through it, Ms Mikakos, to be considered to be solely responsible and solely accountable for the Hotel Quarantine Program during the relevant period, by reason of the DHHS’s “control agency” status in respect of the pandemic as a whole.”

The inquiry board is due to hand down its report on November 6.